It’s unheard of that you get to watch an Apple product being developed before your very eyes, but that’s exactly what’s happening with Apple’s new mothership headquarters — which we once referred to as the biggest Apple product ever built.

Despite not touching down officially until 2016, we’ve seen a steady stream of new images of Apple’s new campus during construction, many courtesy of the aerial photography of Bay Area traffic reporter Ron Cervi.

In new images posted to his Twitter account, Cervi shows how the HQ is slowly taking shape, with concrete and rebar work continuing, alongside the digging of tunnels, ready for the foundation and retaining walls of the new structure. 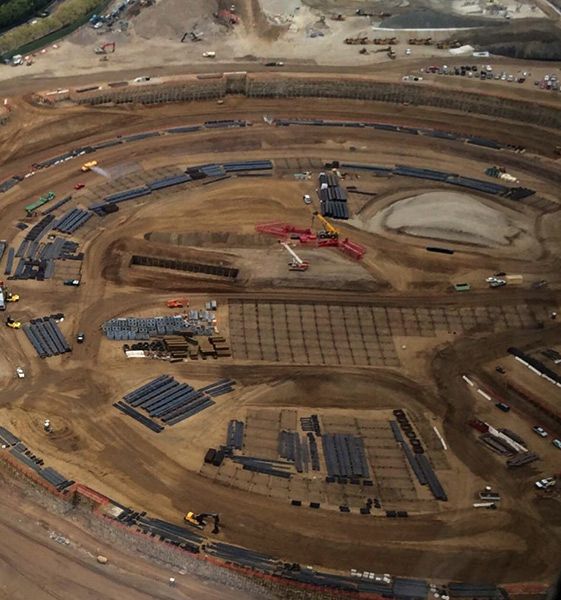 Preliminary work on Apple’s new campus was among the last projects overseen by Steve Jobs. Located close to the company’s current 1 Infinite Loop campus, the iconic spaceship headquarters will hold around 14,000 employees, and will be among the greenest of Apple’s buildings yet — consuming 30 percent less energy than other R&D corporate offices. 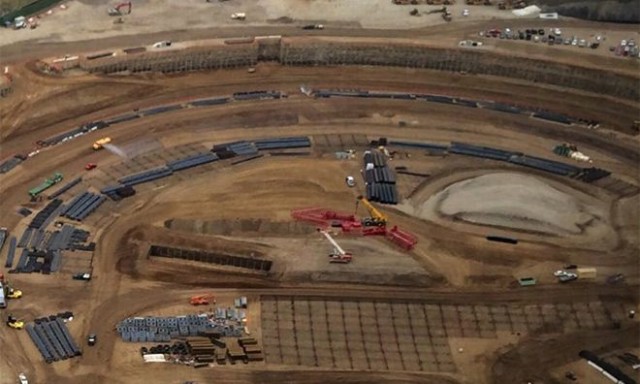 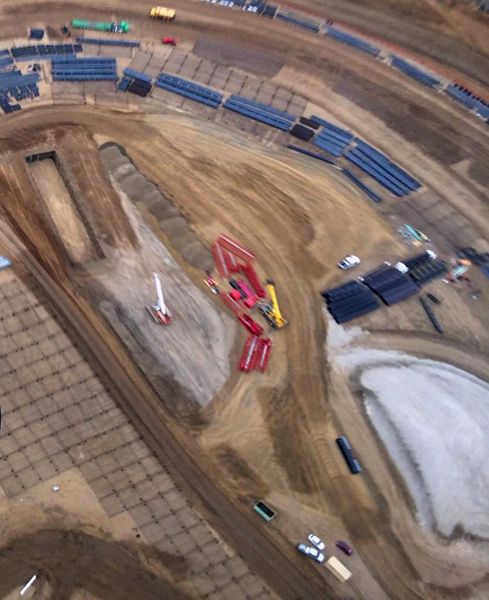