Apple is putting the finishing touches on iOS 8 ahead of its fall release, and while previous betas brought some surprising new features, the release of iOS 8 beta 5 is mostly full of tiny tweaks, bug fixes and a few small new additions.

Most of the changes might go unnoticed by most users, but iOS 8 beta 5 has a few nice surprises that refine the iOS 8 experience that will make your iPhone feel new once its released in the fall.

Here are all the tiny changes Apple made in iOS 8 beta 5:

QuickType, which has been renamed to just Predictive after WWDC, can be toggled by swiping up on your keyboard, or you can press and hold the emoji icon to bring up the updated Predictive keyboard toggle.

For those using iCloud Photo Library, iOS 8 beta 5 adds the options to Optimize iPhone Storage by only using “device-optimized versions” of photos, or you can choose to Download and Keep Originals if you’re not worried about the Photos app sucking up gigs of space.

Pulling up Spotlight by pulling down on the homescreen is now wicked fast. Spotlight pulls up near instantaneously.

Along with adding new options for your Medical ID, iOS 8 beta 5 changes the body icons in the Health app to a fit yellow stickman.

The icons for iCloud Drive, Backup and Keychain all received an upgrade to give the icons a unified blue and white look. 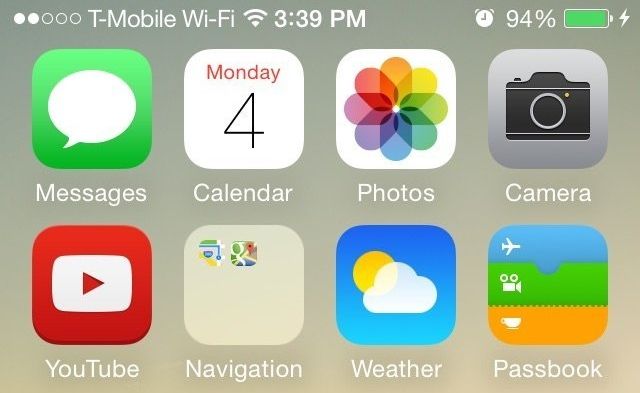 When you use Wi-Fi calling, now the menu bar at the top of your iPhone displays “T-Mobile Wi-Fi.” Wi-Fi calling was added in previous iOS 8 betas, but T-Mobile is still the only U.S. carrier that supports the feature.