There are a lot of reasons to be excited about Apple right now, but if you believe Morgan Stanley analyst Katy Huberty, we’re just getting started. 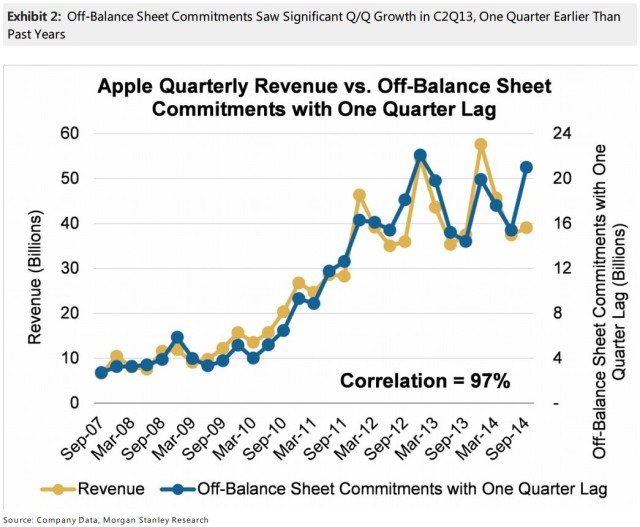 Huberty notes that Apple’s total spending in all of these areas has climbed 46 percent yearly and 36 percent quarterly in Q3 2014 — with the jump being the biggest spending increase since Apple first launched the iPhone way back in 2007.

She attributes this increase to new products like the eagerly-anticipated iWatch, as well as to the impending arrival of the iPhone 6, which is set to launch in 4.7-inch and 5.5-inch variants. Business Insider notes that historically off-balance sheet commitments have a 97 percent correlation with revenue growth.

All in all, the message is that you ain’t seen nothing yet when it comes to Apple in 2014. Looks like Eddy Cue was right on the money when he claimed Apple had its most exciting product pipeline in a quarter century.