Like Flappy Bird, no one is really sure why Yo became so popular suddenly. The simple app only lets you send the word “Yo” to friends, and yet it received $1 million in funding and peaked at No. 3 on the App Store charts.

Fans of the hit TV show Game of Thrones on HBO should check out a better alternative to Yo called “Yo, Hodor.” Why? Because Hodor.

Created in four hours by Tyler Hedrick, a guy who works at Medium, Yo, Hodor is essentially a blatant ripoff of Yo that only sends the word Hodor. The interface is basically the same as Yo, and it’s surprising that Hendrick hasn’t received a takedown notice from either the Yo guys or HBO. Hodor. 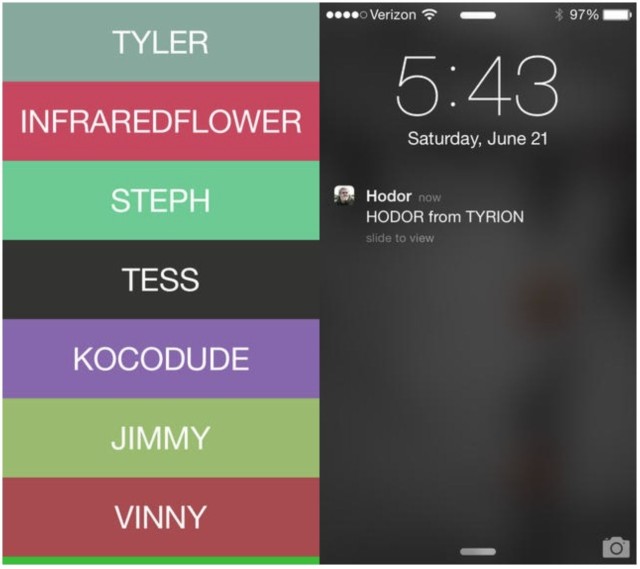 If you haven’t seen the show, the app’s premise is based off the fact that the character of Hodor in Game of Thrones only says his name. If there was ever going to be a Yo clone, it should be based on Hodor. When you Hodor someone with the app, a soundbite of the character is played with the notification. Hodor.

Yo itself has 1 million users now, but its ranking in the charts has fallen drastically since it broke the top 10 a couple of weeks ago. The app’s developers have released an API for blogs to use if readers want to receive a Yo whenever a new article is published. Kind of cool, but Hodor.

Hodor is free in the App Store. Hodor.

Posted in: News Tagged: Game of Thrones, Yo