Based on the massive number of hires they’ve made in the field as of late, it’s no mystery that Apple is interested in biometrics and biosensors. However three new patent applications published Thursday shed a bit more light on what Apple has up its sleeve, and make us feel even more excited about the possibility of an iWatch (and future iPhones) later this year.

The first is an update to a previous patent application, letting Apple embed a heart rate monitor within a future iOS device, such as an iPhone. As described in the application, this would allow a device like the iPhone to monitor a user’s heart and record this data for possible identification purposes when making banking transactions, or protecting sensitive documents or data. 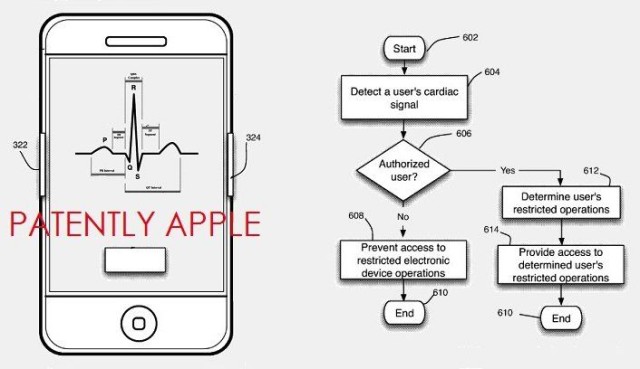 The third notable patent application relates to “Method and Apparatus for Personal Characterization Data Collection Using Sensors.” This patent describes a processor-based system wherein the instructions to obtain sensor data corresponding to motion and location of a device, as well as time and date, plus heart rate and data corresponding to personal identifying information of the person. When all of this data is combined, the device can make an intelligent deduction about what it is that a person is likely doing at the time. For example, if motion and pulse rate sensors show that a person is running, but location sensors show that they’re not moving, it would be possible to conclude that they are likely jogging on a treadmill. 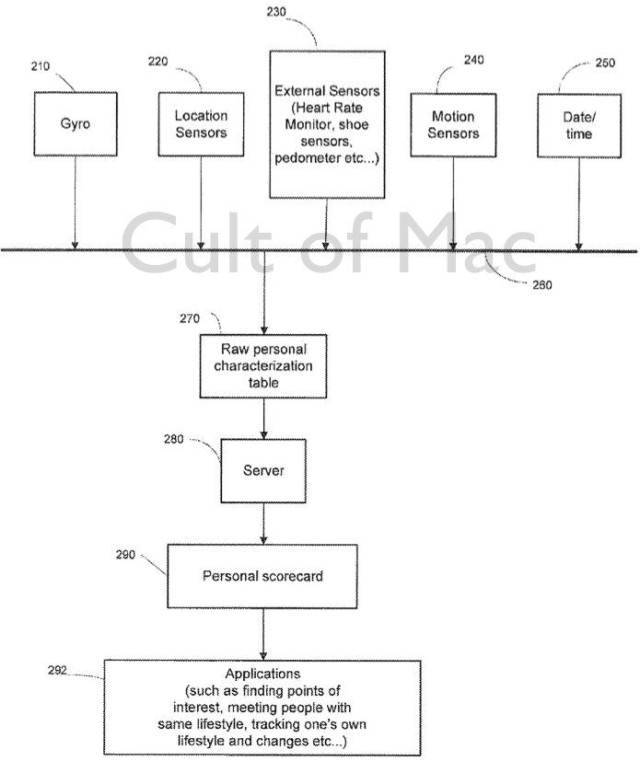 Pattern recognition in sensor data can also be used to determine subtypes within a certain modes of activity — so that your Apple device could work out that you are running on pavement (such as streets and sidewalks) rather than running on a track.

Like the second patent, this application also describes a bracelet or iWatch by referring to “wrist motions.”

The iWatch is likely to arrive in October this year, not long after the public release of iOS 8 with its Health app and Healthkit API. In the recent profile of Tim Cook for the New York Times, Apple’s CEO was said to be interested in the “broader implications” of a smartwatch — particularly the possibility of letting it “monitor heart rate and other vital measures, thus improving health and limiting doctor visits.”