Leo’s Fortune is one of those games that just makes you feel good.

It definitely gave Apple the warm fuzzies: they chose the game, which looks like a mashup between a Pixar movie and a classic platformer from the Super Mario World era, as their first “game of the month” for iPhone.

Still reeling from the breakout success of the $4.99 game, designer Anders Hejdenberg spoke about the origins of Leo’s Fortune, why passion projects are best, how market research ruins creativity, and the reason the best teams are small ones. He also gave us exclusive access to pictures showing the game’s journey from page to iOS screen.

Want to find out more? In true platformer style, there’s more after the jump…

Before Hejdenberg brought Leo’s Fortune to life, he worked his way up through the console trenches — his most notable role being as designer on the Battlefield games, a great job that eventually grew annoying.

“The mainstream games industry is characterized by two things: sequels and politics,” he says. “I’d been working for years, but it was always on someone else’s baby. I’d never had the chance to design my own game.”

When the App Store opened, Hejdenberg saw his chance. “I figured that this was my moment to finally get out all these ideas that had been bottled up in my brain for years,” he says. “I grabbed the opportunity with both hands.”

After working on big-budget video games, Leo’s Fortune was definitely a big change. A game like Battlefield could easily have more than 100 people working on it. By contrast, Hejdenberg’s new team consisted of just four people: two artists and two programmers.

“It was a revelation,” he says. “When you have a bigger game, there tends to be a lot of money involved. And where there’s money involved, the dynamics of how the game comes together change. Every decision that needs to be made takes a lot longer to get through the system. With Leo’s Fortune it was solely about creating. You’d say, ‘Should we add a feature where Leo can float in midair by holding down the inflate button? Let’s have a show of hands.’ And by that afternoon you can see how it works. On a big game that would take months.”

The central concept behind Leo’s Fortune was to make a platform game like the classic platformers of the late ’80s and early ’90s — something that didn’t feel dumbed down by the move to mobile.

Getting that balance right was sometimes tough.

“I looked at a lot of modern console platform games and just felt they were too complex.”

“I looked at a lot of modern console platform games and just felt they were too complex,” he says. “I understand how that happens. Often developers are put in a position where they have to keep a popular franchise going, even when there may not be a new idea to warrant that game coming out. You lose a lot of the great simplicity that made the game fun to begin with.”

As fun as the gameplay is on Leo’s Fortune, it would be wrong to gloss over the game’s stunning graphics.

“The sheer amount of art in the game was probably our biggest challenge,” Hejdenberg says. “Usually in a game like this, you’d rely on tiles, which would let you put the game together almost as if you were using puzzle pieces. We started out that way, but we all decided that what we were after was more of a free-flowing path for the player to take. That doesn’t mix well with tiles.”

So the team settled on one huge canvas for each level: a challenge in terms of memory, but something that makes the game look more like a lush animated movie than a conventional platform game.

Hejdenberg says the response to Leo’s Fortune vindicates everything he felt about the importance of going your own way.

“It’s not a game that tries to win your approval in a cynical way,” he says, considering the question of why people have responded so favorably to the finished product. “People appreciate that. There are so many games out there which just feel desperate. They want you to like them. They’ve gone out and done the market research — and they’ve built the game around demographics and statistics instead of what they feel they like themselves.”

“For us, the story we’re telling was always the one we wanted to tell. We want you to have a good time, but we’re not going to force it. For me, I think that sincerity is what people react to.” 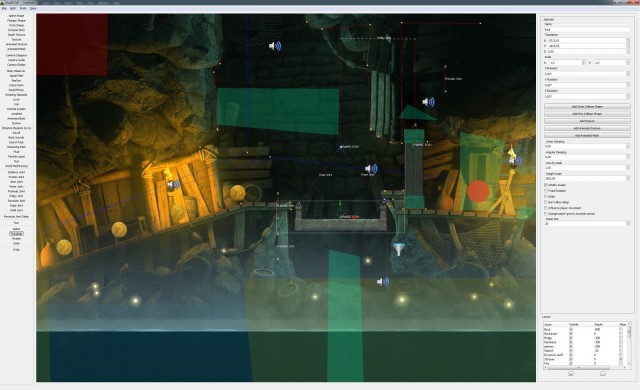 Given Hejdenberg’s negative associations when it comes to sequels, might a Leo’s Fortune 2 be in the works?

“We just released this game, so it’s a bit too early,” he laughs. “It sounds egotistical to say it — and I don’t mean it in that way — but we just want to do whatever we want to do. That may turn out to be some new content for Leo, but it could just as easily turn out to be something completely different. You just never know.”