Spotify has dragged behind Rdio in terms of aesthetic attractiveness for quite some time. It still has a long way to go, but Spotify’s desktop app is getting a facelift in the form of an update that’s slowly rolling out to users on the Mac and Windows.

As you can see, the design is much darker to compliment its mobile counterpart. It doesn’t look like any new features are included, but it should hopefully be easier to navigate. 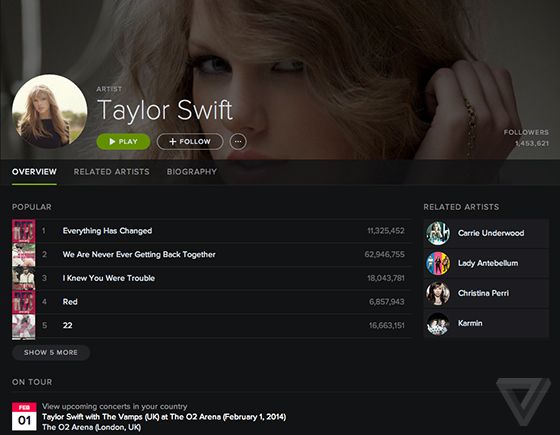 The Verge got to play with the redesign:

The Discover tab has been reconfigured to display a grid of suggestions, rather than an organic mash of different-sized boxes; track sharing options have been replaced with attractive graphics; and the playback controls also have a new look. The changes make the app perhaps less intuitive than before — a square box saying ‘share’ is clearer than the three abstract dots that replace it — and the new look will likely take some getting used to.

We haven’t received the update yet, so let us know if it’s available for you in the comments.