The U.S. Patent and Trademark Office has awarded Apple a patent, describing a means of manufacturing curved touchscreens.

The patent, which was filed back in November 2010, may lend credibility to the rumors that Apple is working on an iWatch with curved glass display to fit users’ wrists, as reported earlier this year.

During the Apple vs. Samsung patent trial, Apple industrial designers revealed that the company had a “strong interest” in featuring a curved glass display for its iPhone as far back as the first generation model — although it abandoned the idea at the time for reasons of cost.

For those fluent in tech patent speak, here’s what the recent patent actually covers: 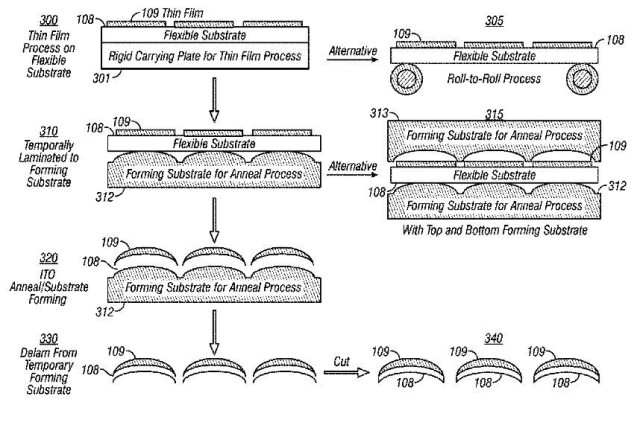 It should be noted that as with all Apple patents, of course, this could end up meaning everything or nothing. While we might all be in for curved iPhones and iWatches in 2014, the patent could simply be a way of ensuring competitors don’t steal the specific idea, or else to obfuscate what Apple is actually doing.

However, coming shortly after the Samsung Galaxy Round and the LG G Flex — the first two consumer smartphones to feature curved displays, albeit plastic ones — maybe this has a better chance of materializing than most.

In the meantime, lack of knowledge about Apple’s specific plans has never previously been enough to stop fans from speculating about the possibilities.