In the late 90s, Tamagotchi pets were all the rage. The plastic, egg-shaped pocket computers came in bright colors and housed a virtual pet you had to take care of. Fast forward to late 2013, and the only pocket computers people carry around are smartphones and tablets.

Yesterday, the makers of apps like Clear and Heads Up! launched Hatch, a modern-day take on Tamagotchi for the iPhone. It’s a beautifully crafted game that utilizes the iPhone’s internals to make the pet, or Fugu, come to life.

The first time you open the app you have hatch your own pet Fugu, an alien pup-like creature that craves attention and is available in a variety of colors. You have to feed and play with your Fugu or it will eventually get sad and maybe even run away, meaning you’ll have to start over again. 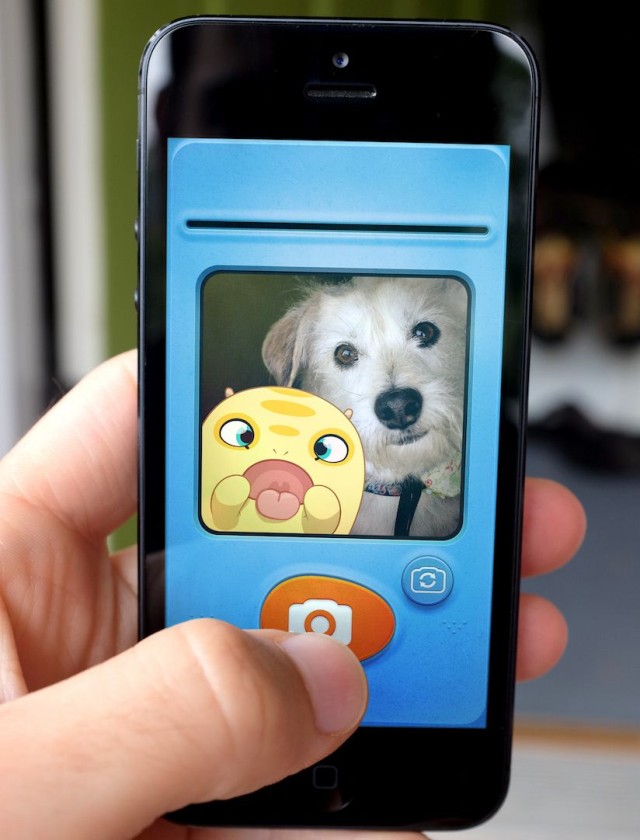 There’s a coin system in the game for buying items for your Fugu, and as you develop “trust” with your Fugu, new ways to interact with it are unlocked. Hatch takes advantage of multitouch to let you interact with your Fugu by poking, pinching, swiping, and shaking your iPhone. Music played on the iPhone will also affect your pet. Your Fugu conveniently sleeps when your iPhone is charging.

Hatch was originally teased in December of last year, so its development has been in the works for quite awhile. The chief artist behind the game’s charming design is David Lanham. You may not know his name, but you’ve probably used apps he has worked on, like Twitterrific, Acorn, Coda, and Fantastical. “Hatch exclusively features my artwork with over 15,000 frames of layered animations and environmental depth with parallax, plus I’ve drawn dozens of collectible goodies and decorations for your pet and its surroundings,” says Lanham on his personal site.

You’ll see Lanham’s attention to detail throughout gameplay, like when your Fugu jumps up and licks your screen. Honestly, I thought Hatch seemed pretty trivial when I first heard about it many months ago, and I was surprised to see many of my adult male blogger friends ranting and raving about it yesterday. But Hatch is obviously an app kids will love, and adults who love good design can appreciate. I guess Hatch’s success speaks for itself at this point, as it’s currently the number one paid app in the App Store.