“Siri, what are your political views?” You’d think that Siri would answer that question with a clever quip about how she doesn’t take sides, but no, she has an answer. And it’s not what you would think.

For some odd reason, asking Siri her political views will take you to Ron Paul’s Wikipedia page every time. 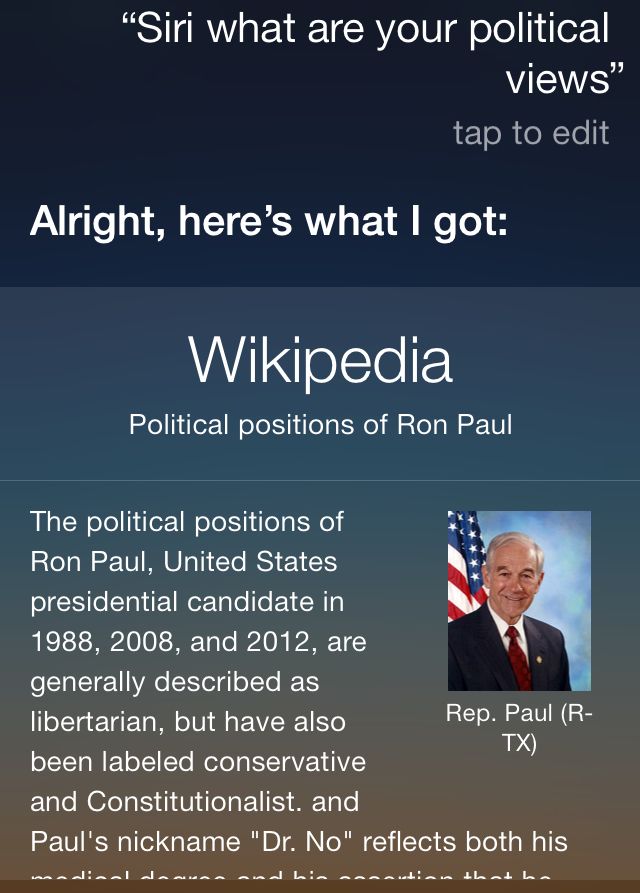 We had this little easter egg tipped to us yesterday, and after trying it last night and again today, it definitely works. It’s odd, especially considering that Apple largely leans towards the left wing as a company. Perhaps some Apple engineer thought of it as a joke. Whatever the reason, Ron Paul and Siri are buddies… at least for now.