Apple’s new, multi-billion dollar campus has been in the works since Steve Jobs proposed the project to the city of Cupertino back in the summer of 2011. Construction on the 175-acre site, dubbed “Apple Campus 2.0,” is projected to begin by 2015-2016. The plan for the project will get the final vote of approval from the Cupertino City Council on October 15th.

We’ve seen mockups of what the UFO-like campus will look like already, but now Apple’s incredibly detailed model replica of the campus has been published online.

The San Jose Mercury News got invited to check out the model with Apple CFO Peter Oppenheimer.

“The concept of the building,” said Oppenheimer, “is collaboration and fluidity. It’ll provide a very open-spaced system, so that at one point in the day you may be in offices on one side of the circle and find yourself on the other side later that day.”

If the model is anything to go by, Campus 2.0 will truly be an architectural wonder. It looks like its own world. 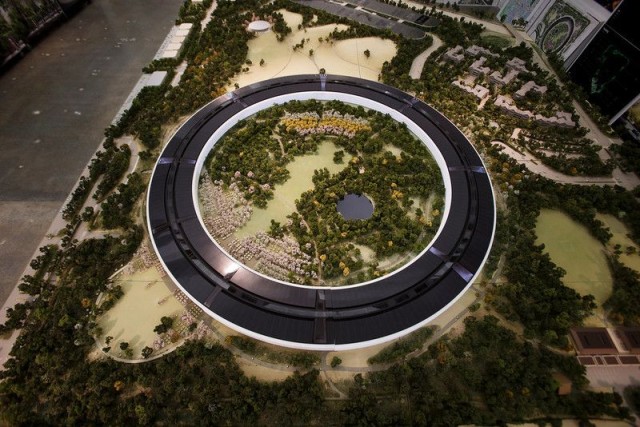 Apple is bursting at the seams in its current headquarters, as the company’s buildings are spread throughout the city of Cupertino. Apple has had to even rent extra office space in the area to accommodate its employees.

The four-story building will be 2.8 million square feet and comfortably fit 12,000 Apple employees. The curved windows around the main building’s exterior will be made of reinforced glass. Bike and walking trails will complement all of the trees and greenery inside (literally inside the building) and around campus. There will be a restaurant, 100,000 square-foot fitness center, and 1,000-seat auditorium where Apple will presumably hold future media events. 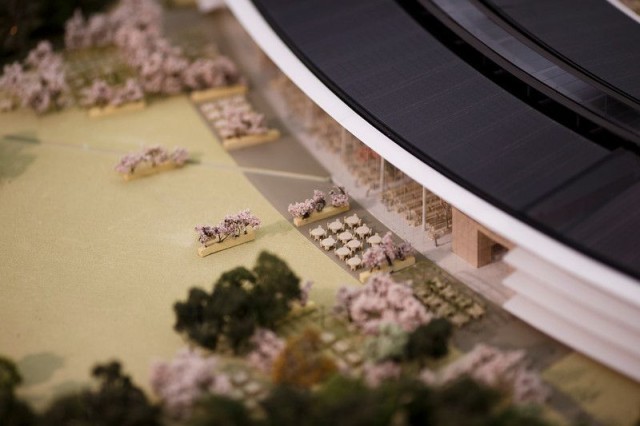 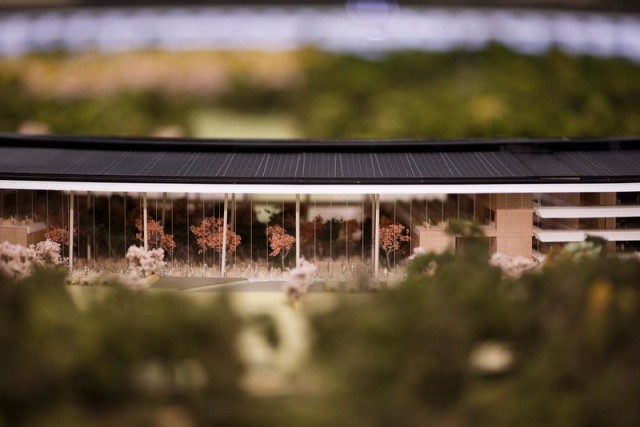 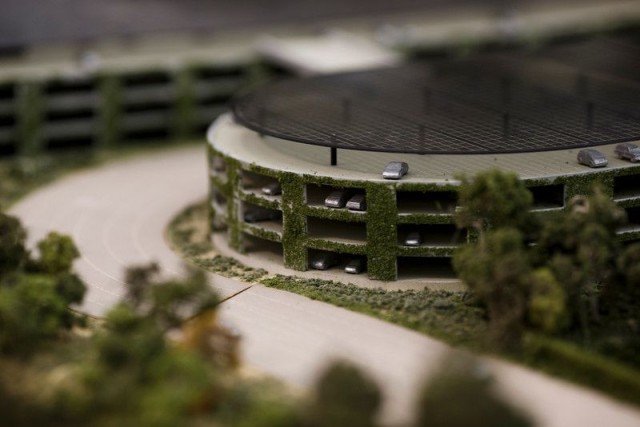 You can check out more close-up photos on the Mercury News website.