Apple’s Phil Schiller today announced that the iPhone 5 has been replaced by, you guessed it, the iPhone 5c. The tagline is, “more fun, more colorful.” Colors come in white, green, blue, red, and yellow.

“This year, we’re going to replace the iPhone 5 with not one, but two designs,” said Schiller, the second design referring to the iPhone 5s. Leaks of the colored 5c casings have been in circulation for months, and Schiller joked onstage that “a few of you may have seen some pictures on the web.”

The 5c’s shell is made from steel-reinforced polycarbonate that is composed of one single part. “You won’t see seams, part lines, or joins,” said Schiller. Internals are pretty much the same as the iPhone 5 with an A6 chip and 8 megapixel camera, but the battery is a tad larger. 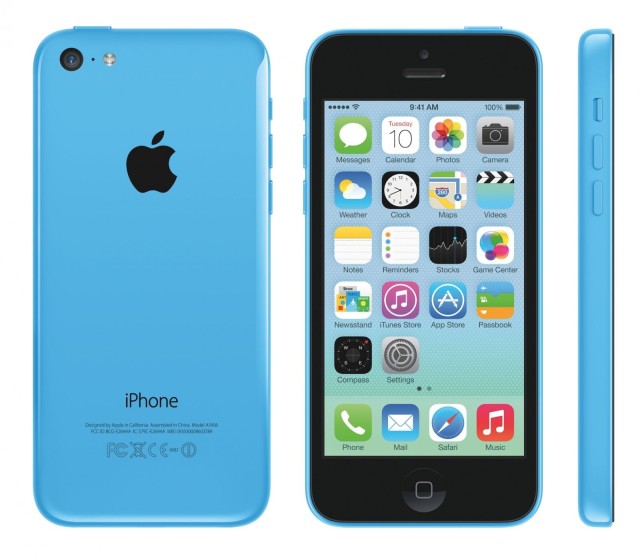 Pricing is $99 at 16GB and $199 at 32GB with a two-year carrier contract. Preorders begin this Friday with in-store availability on the 20th. Apple is selling $29 rubberized cases to let customers mix and match with the phone’s color palette.

“iPhone 5c is everything iPhone 5 was and more, in an all-new design packed with great features,” said Philip Schiller in a press release. “iPhone 5c is designed with a beautiful polycarbonate enclosure that looks and feels so solid in your hand.”

And yes, the “c” is lowercase.