Apple is expected to announce a new low-cost iPhone later this year in an effort to compete with rivals like Samsung in emerging markets. Reports have suggested that to keep costs low, the Cupertino company will give it a plastic form factor similar to that of the iPhone 3G and iPhone 3GS.

And now that plastic shell appears to have been leaked for the first time.

The images above and below were published by Apple.pro after circulating on Chinese social networking site Weibo. Although they are purportedly taken from the low-cost iPhone, it’s hard to tell whether they’re genuine. There’s no Apple logo in sight, for a start.

That could suggest that these are merely third-party components, possibly from a Chinese iPhone knock-off. Some fake manufacturers have been known to produce knock-off devices before the real ones have even been announced, so it wouldn’t surprise us if low-cost iPhones were on sale in China already. 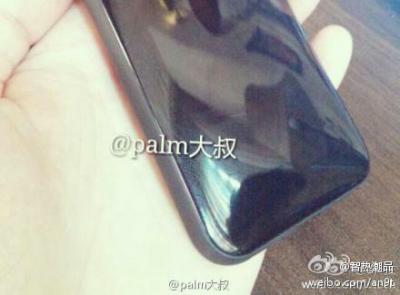 The fact that there is no Apple logo — and no photos of the front of the device — leads us to believe these images aren’t what they are claimed to be. Unfortunately, there are still several months to wait before Apple makes the low-cost iPhone official — if it decides to go down that route at all.