Filippo Bigarella is best known for being the developer of some of the most popular jailbreak tweaks for iOS, including Springtomize, LivelyIcons, and PasswordPilot Pro. But he’s just launched his first official iPhone app through the App Store.

It’s called Balances, and it’s a wonderfully simply finance app with a gorgeous interface that’ll help you keep track of the money you owe and the money owed to you.

When you leave your wallet at home and you have to borrow money from friends to pay for your movie ticket, take a couple of seconds — that’s literally all it takes — to enter it into Balances and you’ll remember to pay it back when you get home.

Do the same for money you lend out and you won’t forget who owes you cash.

When you’ve paid back the money you owe, or received money owed to you, simply swipe the balance off of your list and it’ll be added to your “completed balances” list, where you can keep track of all the money you’ve paid and received. 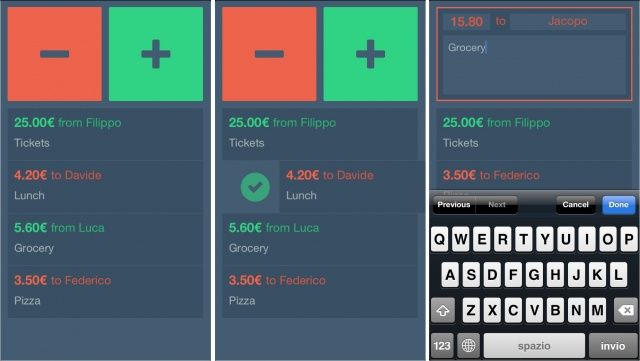 That’s pretty much all there is to Balances, which is why it’s super simply and easy to use. It also looks great — as you can see from the screenshots above — and it’s completely free. Check it out for yourself by downloading it from the App Store.