When the VLC iOS app was pulled from the App Store in 2011, a little part of me died inside. I own a large collection of movies in different file formats, and VLC is my go-to media player for files that aren’t supported by QuickTime and iTunes. While there’s hope that VLC will return to the App Store, I’m not holding my breath. And I don’t really care anymore because I’ve found something better.

For several months I’ve been beta testing an iOS app called Infuse. Support for 14+ file formats, an intuitive interface, and some slick details make Infuse the best third-party media player out there. 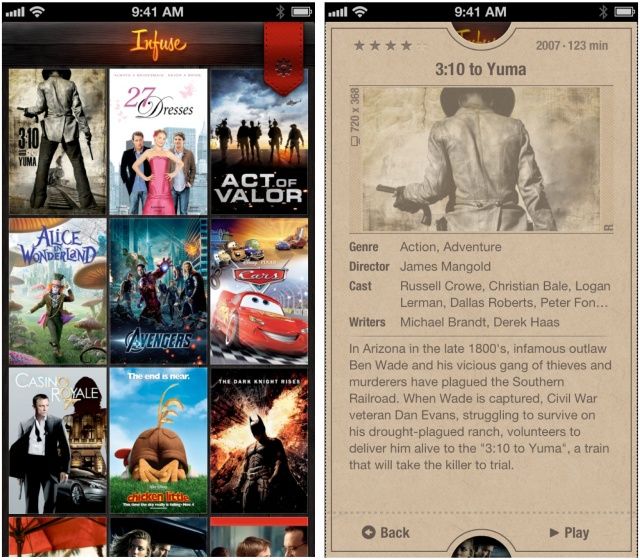 When you buy a movie from iTunes, the file is automatically formatted to play perfectly on any Apple device. But when video files are downloaded elsewhere, there’s no guarantee that they will work in QuickTime, and by extension, iTunes. I can’t count how many times I’ve opened a random .avi file in QuickTime only to have the audio not play.

Not so with Infuse. The media player has support for over 14 file formats, including .avi, .m4v, .flv, and .mov. There are six supported audio formats that should help cover pretty much all possible video/audio combinations. The app also supports Dolby audio, which is something many media players have had to remove due to licensing. 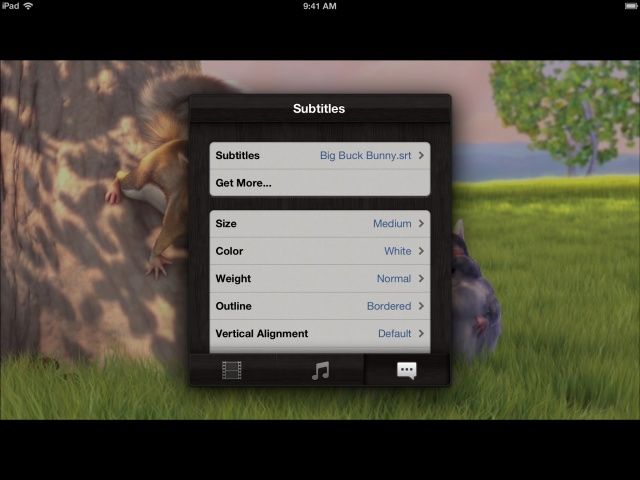 Infuse also has incredible subtile support, and subtitles can be added to a movie inside the app with a few taps. A lot of languages are supported, and you don’t need to have subtitles already in the video file for the app to find them.

“Movies can be downloaded from Dropbox or an email attachment”

You can add movies from your computer’s hard drive to Infuse under the list of apps installed on your iOS device in iTunes. Apple’s file sharing protocol allows you to add media to the Infuse app from any computer with iTunes, not just one you are logged into. But that’s not the only method of delivery; movies can be downloaded from Dropbox or an email attachment on the iOS device itself. FTP transfers, advanced AirPlay options, and remote streaming are all features coming in a future update.

More Than Your Average Media Player 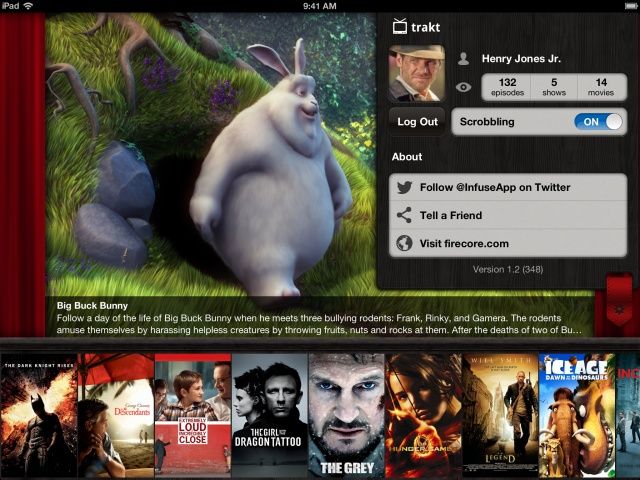 Infuse is smart. It intelligently adds artwork and movie info. Movies you download from services like iTunes and Amazon come with metadata like plot summary, poster, rating, etc. But when you  get a random movie file from somewhere else on the internet or your DVD collection, there’s no guarantee that it will be anything other than a simple video.

Infuse scans your library and automatically recognizes movies you’ve added. Title, genre, director, cast, plot summary, poster artwork, and more instantly appear for each video. If you use the movie and TV show discovery service Trakt, then data can be pulled in from there as well. 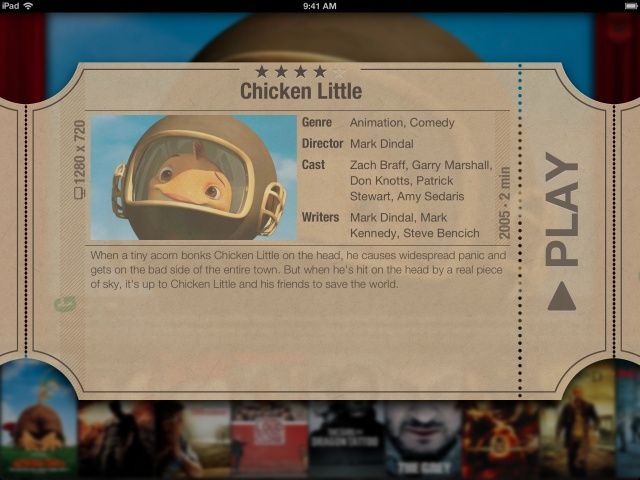 The interface for Infuse is rather opinionated with a traditional movie theater feel. Artwork between the two red curtains can be swiped through and tapped on to start playing. Tapping a poster reveals more information on a virtual ticket stub.

This is the first App Store app from FireCore, the folks behind jailbreak software for the Apple TV. For a first effort, Infuse is very well done. The app is about creating a beautiful, versatile environment to watch movies on the iPad and iPhone.

If you have a collection of videos you don’t want to bother converting to iTunes, Infuse is the perfect app. You can learn more about it on the FireCore website. Infuse is available as a universal download in the App Store.