Apple has released its financial results for the second fiscal quarter of 2013. The Cupertino company reported $43.6 billion in revenue and a net profit of $9.5 billion. That translates to earnings of $10.09 per diluted share.

Wall Street has been incredibly pessimistic towards Apple in recent months, but today’s results for revenue managed to surpass even the more bullish claims. Apple’s estimates for the next quarter are even more conservative with $33.5-$35.5 billion in revenue. The main problem with today’s results is that profit shrank compared to a year ago for the first time in ten years.

“Our teams are hard at work on some amazing new hardware, software, and services and we are very excited about the products in our pipeline,” according to Apple.

Press release with more sales figures and details below:

“We are pleased to report record March quarter revenue thanks to continued strong performance of iPhone and iPad,” said Tim Cook, Apple’s CEO. “Our teams are hard at work on some amazing new hardware, software, and services and we are very excited about the products in our pipeline.”

“Our cash generation remains very strong, with $12.5 billion in cash flow from operations during the quarter and an ending cash balance of $145 billion,” said Peter Oppenheimer, Apple’s CFO.

Apple is providing the following guidance for its fiscal 2013 third quarter: 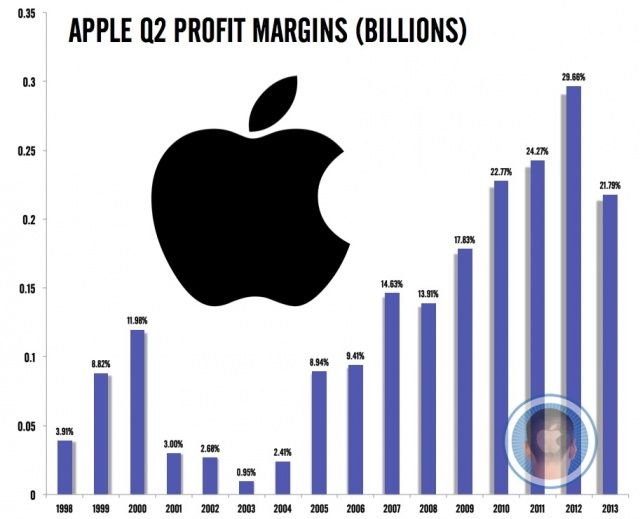 Number of comments on this postLeave a comment
Posted in: News, Top stories Tagged: Apple