Apple’s 4G-equipped iPad mini and fourth-generation iPad have taken a step closer towards a launch in China today after receiving their network licenses from Chinese telecommunications certification center TENAA. Like the iPhone 5, the tablets are expected to be available on the China Unicom and China Telecom networks.

The network licenses were discovered on TENAA’s website by Techweb, who matched up the iPad model numbers — A1460 and A1455 — with those on Apple’s website for the 4G iPad mini and 4G iPad with Retina display. It appears the licenses were granted last week. 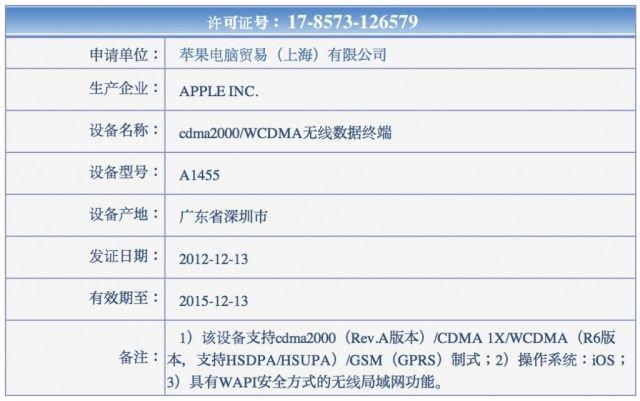 The Wi-Fi-only version of the iPad mini and the fourth-generation iPad first made their debut in China on December 7 — a week before the iPhone 5. Apple hasn’t yet released sales figures for the slates, but the Cupertino company did reveal that it sold a record 2 million iPhone 5 units in just three days — contrary to the belief that Apple’s smartphone is losing its appeal there.

It’s unclear when Apple will bring its 4G-ready iPad mini and fourth-generation iPad to China now, but with the holidays right around the corner, it’s unlikely the launch will happen before the new year.