Apple’s retail stores are ridiculously successful. For the last few years Apple Stores have been the top performing retail locations in the world in terms of revenue per square foot. 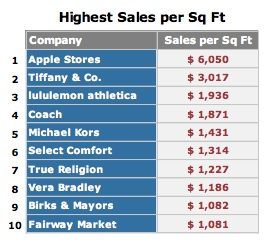