I have a plan for trouble. When it rears its ugly head again, I’m grabbing my all-hell-has-broken-loose list, dumping the items on the list into my trusty backpack and hauling ass. I figure there’s still the zombie apocalypse and the Mayan whatsit (which may well be the same thing) to worry about, so I might as well be prepared.

I’ve populated the list with things I would need in a disaster scenario: things like a sleeping bag, first-aid kit and rum. Of course, my iPad is also on the list. Oh, I’ll be taking my phone for sure — but the iPad’s large screen will be invaluable in any disaster situation as a navigation tool, for work (yes, even in a zombie apocalypse, blogs must be updated) or just keeping up with current news; mine’s a wifi+cellular, so I suppose wifi-only versions would be somewhat less useful in that last role.

Now, I know what you’re thinking: “A disaster zone, Eli, is no place for an iPad.”  That’s true only if you don’t have the right gear to accompany it. The following list will show you how to turn your iPad from a liability into an asset when things go very wrong. 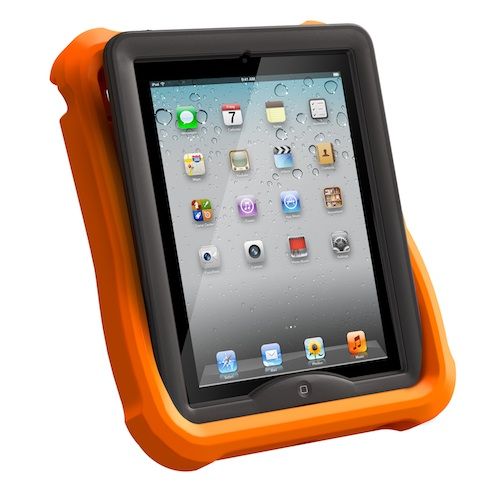 1. LifeProof’s Nüüd iPad case ($130) works like a magic trick; rather than enclosing the entire iPad in a watertight container, the Nüüd seals the iPads various holes with gaskets, and clads the edges in a robust frame — but leaves the screen bare (hence the name). The result is an iPad that’s shock-resistant, dustproof, and waterproof to two meters for about 30 minutes — but with a bare screen that remains easy to work with. Get the $60 LifeJacket add-on if things might get really sideways while you’re using it. 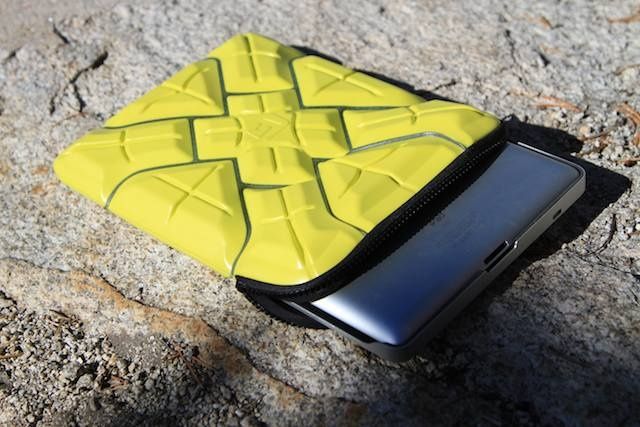 2. The G-Form Extreme Sleeve ($60) is a great choice if you’re going to be dodging debris from an earthquake or bits of meteorite. The sleeve is swathed in “Poron XRD,” a material that absorbs and dissipates energy like U.S. presidential campaigns absorb and dissipate money. G-Form had a video floating around where they dropped a bowling ball onto the case with an iPad inside, and the iPad exited the ordeal unscathed. We didn’t replicate the tests with the bowling ball, because we’re wusses; but the testing we did do — repeatedly slamming an iPad-filled Extreme Sleeve on the ground, skipping it across asphalt, etc. — brought us to the same conclusion: This is one hell of a case. Only problem is, it isn’t waterproof or dustproof, so you’ll have to look elsewhere if you’re expecting lots of water or lots of desert. Oh, and there’s a folio version too. 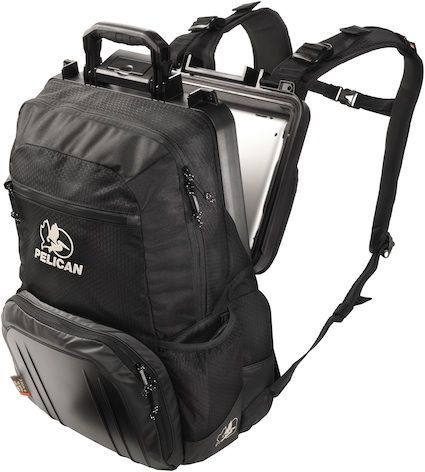 3. On the other hand, if everything — cascading water, big chunks of falling masonry, zombie limbs — decides to hit the fan all at once, you probably want something from Pelican. They’ve just released a series of backpacks specifically designed with tablets in mind; the most likely candidate being the S140 Sport Elite tablet backpack ($240), a pack with one of Pelican’s foam-lined, vault-like cases built right into it. It’s the same type of case Pelican builds for the military to keep its stuff safe — waterproof to one meter, crushproof, sealed against dust, that sort of thing. It even has a pressure-equalization valve, though I’m not exactly sure what the use for this is. There’s room enough inside the sealed case for an iPad, even with its own case, and a sleeve for a small Bluetooth keyboard. And of course, plenty of room inside the backpack’s 20.5-liter main compartment and umpteen organizer pockets for all your survival gear, assuming you pack (very) light. 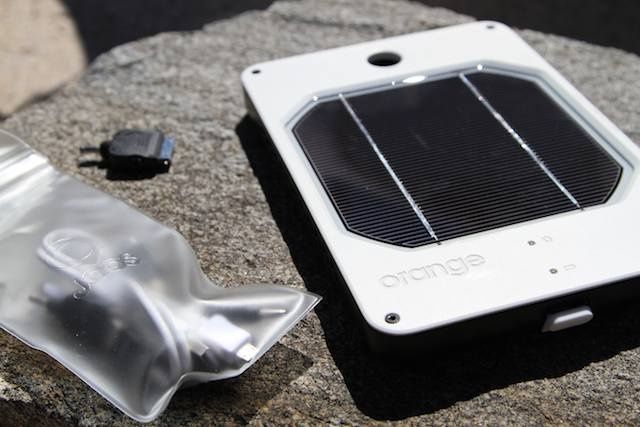 4. All this is pointless if you can’t keep your iPad juiced up, and that may prove difficult if the grid is down. Assuming the sky hasn’t fallen, the solution is the Joos Orange solar charger ($150). Its efficient photovoltaic cell will charge its 5,400 mAh — that’s a little under half the capacity of the New iPad’s battery — even under an overcast sky (though not very well). The whole thing is clad in a robust, shock-proof, waterproof housing, so you won’t have to worry about leaving it to float on your leaky life raft while it’s soaking up the sun. 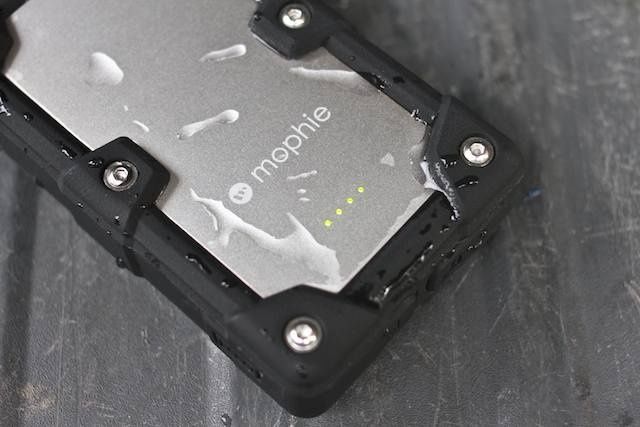 5. If you’re stuck with no power and no access to the sun — or just as a backup — you might want to bring along an extra fully-charged battery. The best candidate for a rough journey is Mophie’s Juice Pack Powerstation Pro battery ($130); its large 6000 mAh battery will keep give you about half a new iPad charge (or about a full iPad 2 charge),and its rubberized, sealed housing will prevent it from shorting out before you get a chance to use it. 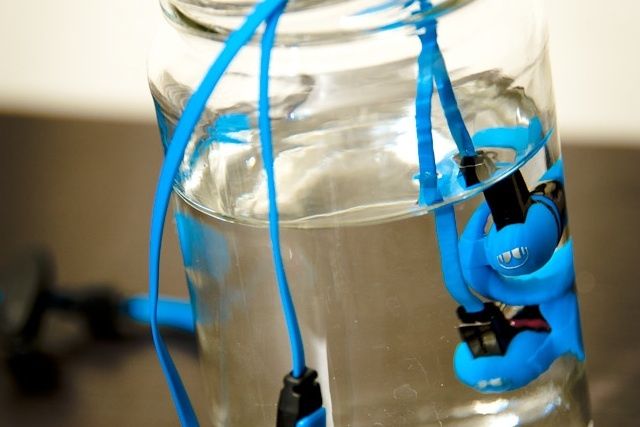 6. This last gadget may seem superfluous, but I think it’s actually pretty key. You’ll want a good pair of microphone-equipped, pocketable earphones — they’ll help you pass the time and make it easier to communicate. Of course, you’ll want a pair that won’t be ruined by water. Monster’s iSport earphones ($150) can shrug off being fully submersed in water and tend to stick pretty tenaciously once properly stuck in an ear. They also sound great.

Most of these items have less-expensive substitutes, but these were the best, most worry-free examples I could come up with. If you find something you think would make a good addition, let us, and everyone else reading this, know.