Is the G-Form Extreme Sleeve for iPad ($60) really and certifiably resistant to explosive munitions? Dunno. We don’t have access to C4, and our insurance company would probably refuse to cover us if we did. Also, we didn’t run over the Extreme Sleeve with an iPad in it or drop bowling balls on it, because we’re pretty sure these aren’t use-case scenarios most (or any) iPads would encounter.

What we did do, however, is run the little monster through rugged alpine and gritty urban environments, then compared it with other extreme-environment solutions for the iPad. Here’s how it did.

The big feature of the Extreme Sleeve is its exterior shell made from a new material, unfortunately called Poron XRD, with some pretty impressive properties: it’s soft, pliable and surprisingly light — and mind-blowingly amazing at soaking up impact.

The sleeve is big enough to handle both iPad versions, and comfortably swallowed my iPad 2 accompanied by a Logitech Keyboard Case; this is a big advantage over other kinds of rugged cases like, say, Griffin’s Survivor case. It also made it easy to get the iPad into and out of the zippered sleeve.

Since G-Form’s initial application of the new material was for the world of extreme sports like skateboarding and freeride mountain biking in the guise of body armor , we thought we’d simulate a little road rash for the sleeve by zipping in an iPad 2 and skipping it energetically across some tarmac. Result? Zero apparent injury to the iPad. Even the case came out looking untouched, after at-speed contact with the asphalt that would have obliterated most other cases, and should have at least nicked even the toughest.

Because the Extreme Sleeve covers the entire iPad and extends its protection over the screen, it took the worry out of  packing my iPad (and accompanying Logitech keyboard case) on a recent backpacking trip up in the Sierras. Nothing got to the iPad, even though I’d stuffed the sleeve in a pack full of sharp objects jutting against it. At one point I dropped my pack on a medium-sized rock, and the Extreme Sleeve took most of the impact. No apparent effect to the iPad.

The actual neoprene sleeve underneath all that Poron XRD is well-sealed against the elements and did a good job of keeping out water when the case was held under a running faucet. But since neoprene is permeable, moisture eventually made it inside. Also, the case isn’t waterproof, so no snorkeling with the iPad.

Unfortunately, once you take the iPad out of the sleeve, it’s no longer protected; contrast this again with something like the Griffin Survivor, which offers full protection even when the iPad is being used. Also, the iPad was pretty difficult to access during the hike to the campsite (I had loaded topo maps onto the stellar Gaia GPS app) as I had to stow it in my backpack, and I was more reluctant than I would have liked to have been while using it at the campsite, for fear of damaging it; neither of these would have been a problem with an actual rugged case.

This is just not the prettiest iPad accessory. On the other hand, you’ll never, ever lose your iPad, and on the off chance you get lost, the Extreme Sleeve could probably be successfully employed to signal planes from hundreds of miles away. Or China. It also comes in black, for those allergic to ugly (though even the black one isn’t exactly pretty. Just prettier).

The ultimate in iPad protection, especially in situations where the journey is in considerably more hostile an environment than the destination. 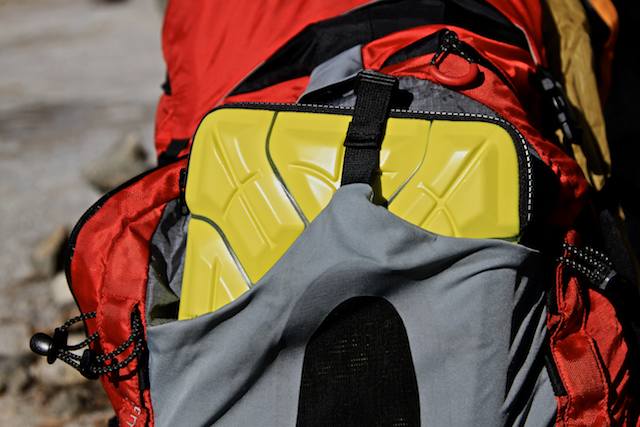 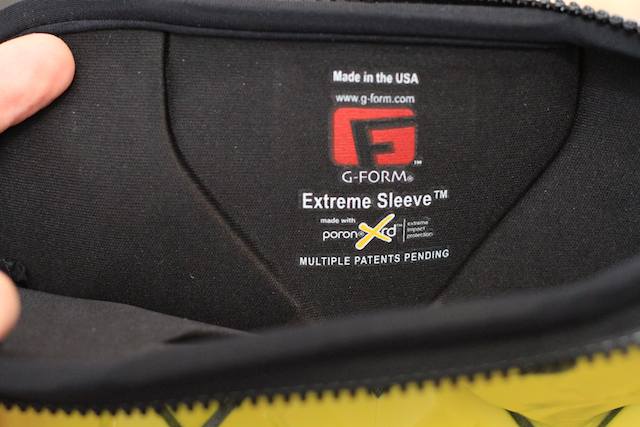