Apple will hold a media event at 10AM PT/1PM ET today, October 23rd at the California Theatre in San Jose. Select members of the press will gather to see the “little more” Apple has up its sleeve for the holiday season. The rumored iPad mini is expected to be announced as well as new Mac hardware and iTunes 11.

Wondering what all Apple will announce this time around? Here’s what you can expect to see at tomorrow’s event:

For the past several months, the rumor mill has been beating the iPad mini drum. The industry has been waiting with bated breath for Apple to make a smaller, cheaper version of the iPad, and we should finally see it in all of its glory tomorrow.

The iPad mini (it could also be called iPad Air or something else entirely) will sport a 7.85-inch display and a 4:3 aspect ratio. Based on part leaks, bezels around the display are expected to be thinner to accommodate the smaller design. One point of debate has been whether the iPad mini will have a Retina display. Many feel that going non-Retina would help keep the cost down and differentiate it from the current 10-inch iPad. Instead of a 8-inch Retina display, Apple is expected to implement the same components that are in the iPad 2, meaning a 1024×768 non-Retina display. Pixels will look sharper, however, because the display will be smaller.

Interestingly, Apple’s event is rumored to have a focus on iBooks, hinting that Apple will tout the iPad mini as its digital e-reader of choice. Watch out, Amazon.

Price is another hot topic of debate, although the general consensus is somewhere between $250-$350. Apple will likely sell a Wi-Fi-only model at the cheapest price and offer cellular connectivity for a $130 premium, like the current iPad. There should be multiple storage capacities and the iPad mini is expected to come in black and white.

The iPad mini is expected to ship on Friday, November 2nd, but it’s currently unclear as to if Apple will offer pre-orders.

Why would Apple sell an iPad mini? People want something smaller, lighter and cheaper. Whatever Apple announces tomorrow will undoubtedly take the 8-inch tablet competition by storm.

Apple is also expected to announce an updated version of the current third-generation iPad alongside the iPad mini. It will be an unusual thing for Apple to do, but lately sources have been agreeing that it will happen.

Instead of calling it the next new iPad (confusing, we know), rumors are saying Apple will add the Lightning connector, A6 processor and an updated LTE 4G chip to support more international networks. If this does happen, don’t expect Apple to make a big deal about updating the third-gen iPad. It will likely take all of 60 seconds to explain and then it will be over. The current “new” iPad that’s sold in the Apple Store will simply be swapped out for the updated one.

13-inch Retina MacBook parts have leaked out of China, and the new laptop sports the same port configuration as the 15-inch Retina (2 Thunderbolt ports, HDMI, SD card slot, etc.) and a 2560×1600 display. There will be no disk drive and the hard drive will be optical. It will probably cost between $1,500 and $2,000 based on internal specs. 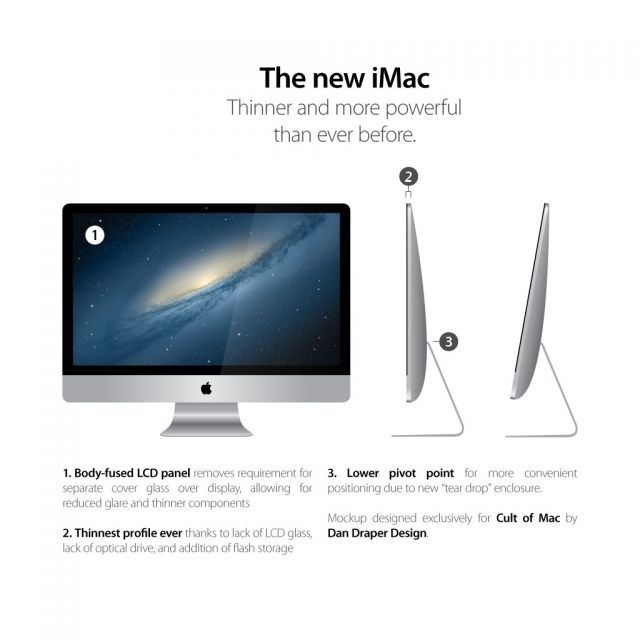 After 18 months, Apple is finally expected to announce a new iMac tomorrow. The machine is expected to ship with Intel’s Ivy Bridge processor lineup, USB 3.0, more RAM and faster storage. The 21.5-inch model should be available immediately but manufacturing complications could keep the 27-inch model at bay for at least a month. Pricing will likely stay the same across the board.

The iMac’s look hasn’t changed since 2007, and this year’s version is expected to feature an exterior redesign. We mocked up what a thinner, ‘teardrop’ iMac would look like, and Apple is expected to implement a more curved, iOS device-like design.

What about Retina? Since the 15-inch Retina MacBook and rumors of a 13-inch Retina being announced tomorrow, many are clamoring for a Retina iMac this year. While we’re sure Apple wants to bring Retina to its entire Mac lineup, a Retina iMac unfortunately doesn’t look probable this time. It would be too complicated to manufacture and the cost would likely be through the roof. There’s always the chance Apple will perform a magic trick and surprise us all, but don’t get your hopes up for a Retina iMac tomorrow.

So, will the next iMac be better? Yes. Retina? Maybe… but probably not.

The Mac mini was last updated in June of last year, and tomorrow is looking like an optimal opportunity for Apple to announce a spec bump. Expect USB 3.0, more RAM, and Intel’s Ivy Bridge processor. Pricing will likely stay the same and we don’t foresee any other major changes. 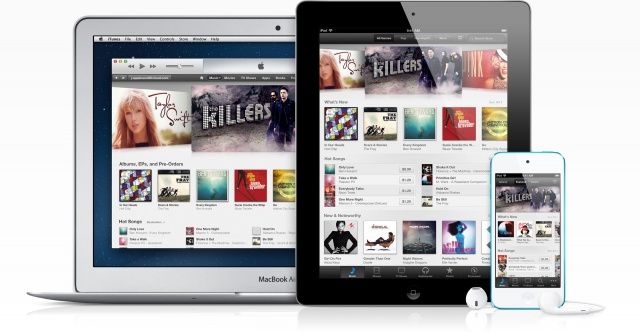 Apple previewed an all-new version of iTunes at its iPhone 5 event last month, and a shipping date for the software is expected to be announced tomorrow. This will be the biggest update to iTunes in years, and version 11 brings welcomed additions like enhanced iCloud integration and a fresh look. Apple has a page on its website detailing some of the changes with the note that iTunes 11 is “coming in October.”

While we usually tend to know the skeleton of what Apple is going to announce before an event, the company has a unique way of fleshing out the details in surprising ways. We don’t know how Apple will choose to market the iPad mini, if the iPad 2 will be discontinued, or if the iMac will go Retina. There’s always the chance something totally unknown will be announced, including the possibility of a new app or two. Whatever happens, you can bet your bottom dollar Cult of Mac will reporting tomorrow’s news in extensive detail.

Stay tuned to Cult of Mac for breaking Apple coverage. The event starts at 10 a.m EST/ 1 p.m. EST tomorrow, and we’ll be live blogging as it happens.

Anything we missed? Let us know what you hope to see from Apple tomorrow in the comments!