Apple’s iMac line hasn’t been updated since May 3rd, 2011. On average, that makes an update almost a year overdue. So you know a big update is coming, and rumor has it that when it comes, the new iMac will jettison the the optical drive to achieve a vastly thinner, teardrop form factor.

We were curious what that would look like, so we asked our designer Dan Draper to mock-up what a revised iMac with a thinner design would look like while largely retaining the iMac’s iconic portrait. The answer is familiar, and yet entirely new… the best iMac yet.

The new iMac is believed to be announced next week at Apple’s October 23rd event. Check out the full concept after the jump, and let us know what you think in the comments. 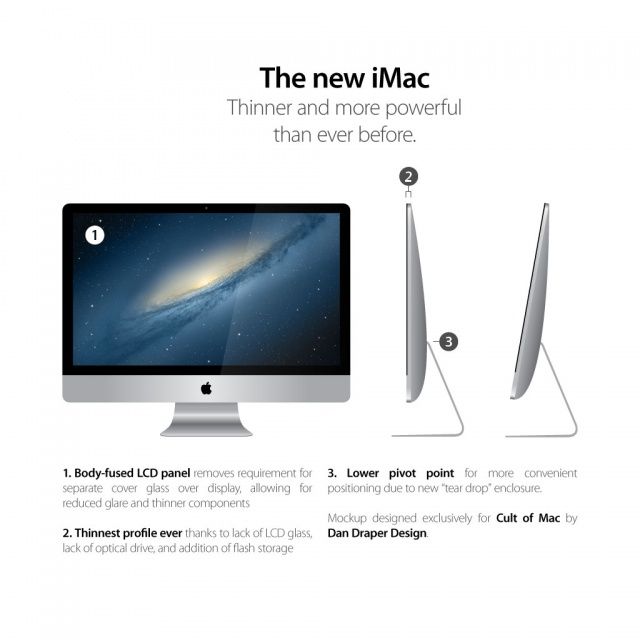