Halloween, or All Hallows’ Eve, has a tradition stretching back to the 15th century and earlier, though it is currently a more secular holiday, with children and the young at heart dressing up as everything from scary ghouls and monsters to the more tame video game characters or that bane of every feminist out there, the “sexy” nurse/librarian/pikachu/what have you.

Regardless of how you celebrate, though, we thought you’d enjoy this list of the scariest Mac games we could think of, each available to play on current (and some older) Macs just in time for the next couple of creepy weeks. 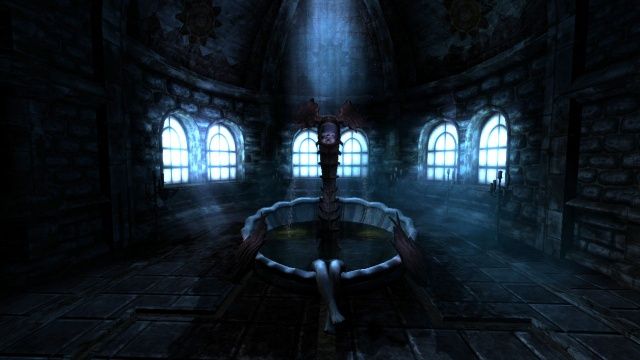 A survival horror game, Amnesia: Dark Descent is one of the scariest games we know, with a version available for Mac via Steam or the Mac Game Store. You play as Daniel, an amnesiac protagonist who wakes up in a spooky castle with limited resources. You must avoid monsters, stay out of shadows, and try not to witness too many disturbing things, lest you lose all your health and sanity. It’s seriously very scary to play, and the hiding from monsters mechanic makes for a fantastic lights-out good time. 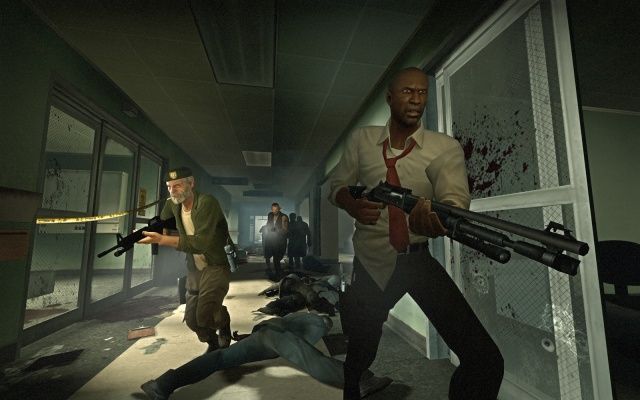 While there has been a sequel to this zombie game from Valve, I’m still of the opinion that the first one is scarier. You play one of four main characters in a zombie movie come to life, shooting, exploding, and burning as many of the undead as you can on your way through the city to get to the safe house and out of danger for good. The tension is thick, the music and stories are fantastic and cinematic, and you’ll find yourself panting and sweaty after each level, especially if you play with friends online.

The Walking Dead: The Game 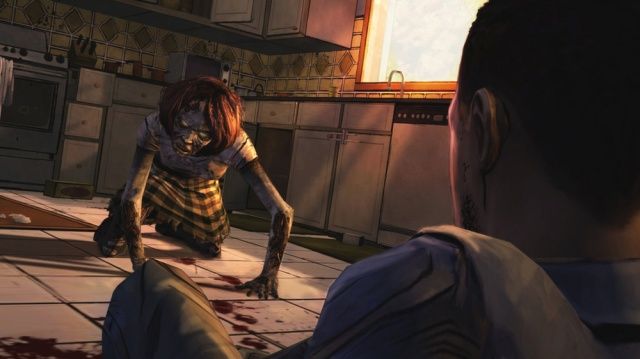 This isn’t just another zombie game. Based on the award-winning and critically acclaimed comic book and television series by Robert Kirkman, The Walking Dead: The Game is a deeper and more emotional look at how the surviving humans act and live after the apocalypse. You can purchase individual episodes for $5, or all five for $25. 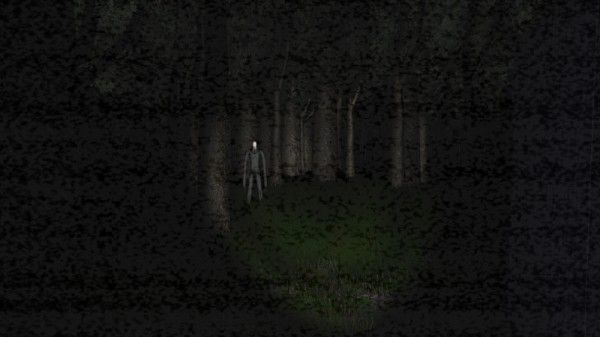 Based on the Slender Man meme/mythology, Slender is a first-person survival horror game in which you must find eight pages in a dark and scary wood, armed only with a flashlight and the capacity to live through the terrifying encounter with the Slender man himself. Staring at him will cause everything to fade to black, so you must run if he appears. Oh, and your flashlight batteries aren’t unlimited. You’ve been warned. 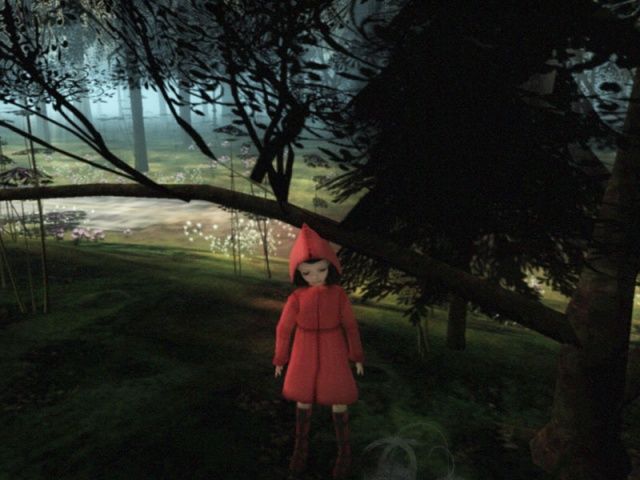 This artsy, psychological horror game was originally developed by Tale of Tales for the PC and brought over to the Mac by TransGaming Technologies. It’s inspired by Little Red Riding Hood, allowing players to take control of one of six different sisters, each sent on an errand to see their sick grandmother, with strict instructions to stay on the path. Players can heed or disregard that advice, at their own peril. 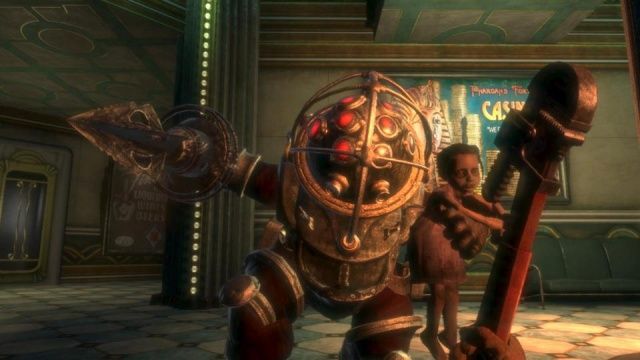 The first installment in a wonderfully atmospheric series of video games, Bioshock is, in my opinion, still the best of the two currently released games in the series by 2K Games. You play a mute protagonist, named Jack, and you must fight your way through the underwater city of Rapture, throwing balls of energy at the hordes of splicers, the inhabitants of Rapture who have been driven mad by unfettered experimentation with the plasmid human enhancements. The Big Daddies, hulking brutes who make whale noises as they pass through the city, protecting Little Sisters, become the focus of your gameplay as you figure out the story behind the city, and the horrifying truths about human nature they reveal. 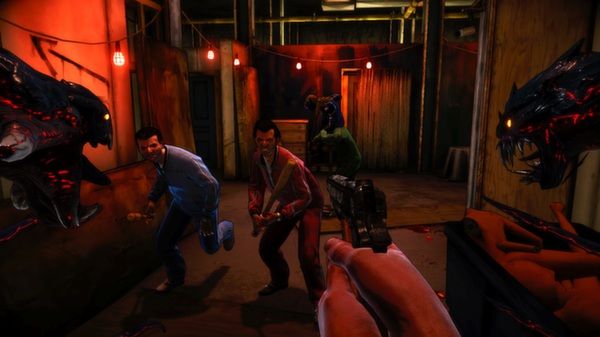 This first-person shooter horror game lets you take on the role of Jackie Estacado, the main character from the first game. This one was written by comic book authro, Paul Jenkins, who created the comic The Darkness, as well as writing supernatural horror book, Hellblazer, for Vertigo Comics. If running around as a mafia don with giant, murderous demon arms isn’t scary, I don’t know what is. 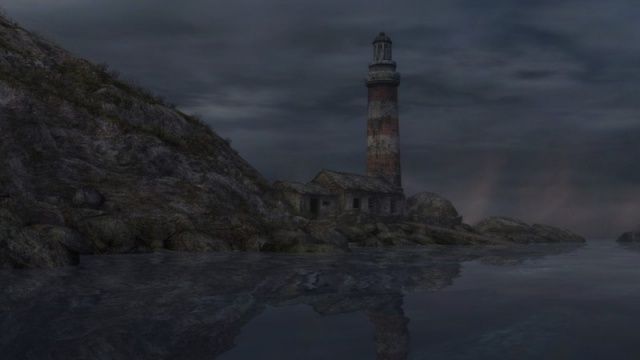 More a mod of Valve’s Source game engine than an actual game, Dear Esther’s atmospheric game play and an epistolary story is a must-play for anyone who wants a more cerebral creep-out than some of the previously mentioned games. You wander about a barren landscape, finding and listening to narrated letters, which become less cohesive as the game continues. There’s Esther, her husband, the driver, death and betrayal, and tons of symbolic and out of the ordinary gameplay. If you like your games tense and ambiguous, check this one out. 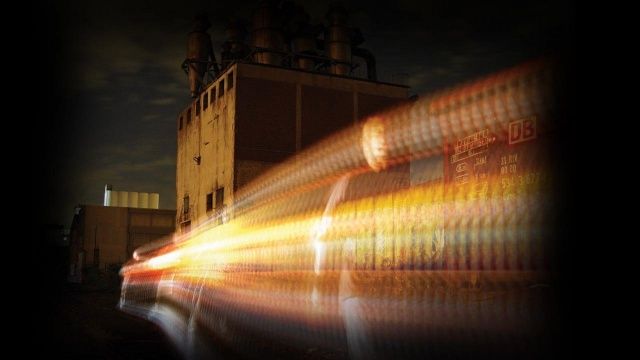 Created by independent game developer, Krystian Majewski, Trauma tells the story of a woman who has endured a horrifying car accident. You must travel through her memories, finding and exploring photographs and the realistically rendered environments with which she is using to piece her life back together. Another atmospheric game, Trauma is as beautiful to play as it is to look at.