Sega has turned its hand to vertical jumping games with a brand new title called Sonic Jump that’s coming to the App Store tomorrow. The title looks a lot like Doodle Jump, only it features Sega’s beloved blue hedgehog instead, and rather than being just an endless jumper, you’ll have to beat new and familiar stages in pursuit of the infamous Dr. Eggman.

There are two different game modes in Sonic Jump: a story mode, in which you try to beat all 36 stages and take down Dr. Eggman; and an endless jumping mode a lot like Doodle Jump, in which you play for the highest possible score in a bid to beat your friends on the Game Center leaderboard. 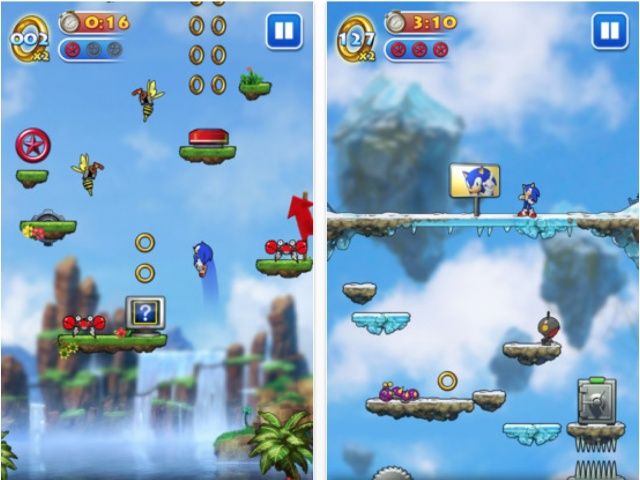 The title promises “diverse & exciting levels,” “amazing powerups,” and “thrilling boss battles.” You’ll have the opportunity to play as Tails and Knuckles as well as Sonic, with each character boasting their own unique abilities. What’s more, Sega promises it’s working hard to bring more characters and new worlds in future updates.

There isn’t too long to wait for the title now; it’s already available in New Zealand, so look out for it in your App Store from around midnight. It’ll be a universal release — which means you only need to purchase once for iPhone, iPad, and iPod touch — priced at $1.99.