Rumors suggesting a new Apple retail store is coming to Sydney, Australia, have been circulating for some time now, but the Cupertino company has been keeping any plans close to its chest. It seems, however, that someone forgot to tell Siri to keep quiet.

The voice-controlled assistant has revealed Apple’s plans for a new store in the Broadway shopping center. 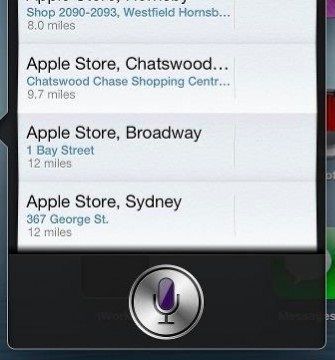 For several weeks now, a number of websites have been digging around in an effort to confirm Apple’s plans for the Sydney store. But confirmation has come from one of the most unlikely of sources, as Gizmodo Australia reports:

The secret is out that Apple is building a second retail store in Sydney’s Broadway shopping centre, and despite the fact that it’s not even open for business yet, Siri knows where it is and is happy to take you there, provided you have iOS 6.

The Broadway store is believed to be a “baby brother” to the larger Apple store on George Street, however, its position could have a huge impact on authorized Apple reseller Byte, which is reportedly located nearby.