Whether squirreling away a pistol, a bottle of Laphroaig or the true secret of the Mummy’s Curse, leathery hollowed-out tomes are a staple hiding place for both the bibliophile and posturing quasi-literate alike. And no wonder: there are few hiding places that are attached with the same sort of pungent and mysterious romanticism as an empty book.

For the last couple years, TwelveSouth has been trying to apply some of that mystery, romanticism and pungence with their line of BookBook cases for Apple devices. The cases, which protect your Apple device or computer in a leather-bound cover that could pass for an old folio if you don’t squint at the title too hard, are undeniably a little precious, but I’ve also found time and time again that they generate a lot of compliments from strangers.

Some of TwelveSouth’s BookBook experiments have been better than others. For example, we really loved the BookBook Case for the MacBook Air, but thought there were a lot of problems with the BookBook for iPad.

TwelveSouth must have been paying attention, because they’ve released an updated version of the BookBook for iPad, and it addresses pretty much all of our criticisms of the first model, finally turning it into a case that you can truly love, even if it does still have a few problems.

In our original review of the first BookBook for iPad, we cited some major issues with the case’s design: it was too thick, it didn’t fit the iPad very well, the zipper came too close to scraping the device, you couldn’t use the iPad camera, there was no real way to type on it, and the stand functionality was pretty chintzy. For the second round, TwelveSouth has fixed all of these issues, to a greater or lesser extent.

First of all, TwelveSouth managed to slim down the BookBook for iPad to about 22mm, a diet of about 3mm. That doesn’t seem like a lot, but combined with the new iPad’s weight gain compared to the iPad 2, it makes the new BookBook for iPad feel a lot more comfortable and a lot less bulky in the hands. It’s just a pleasure to hold, and while it undeniably adds more bulk than the official Smart Cover or Smart Case, it also protects your iPad a lot more while retaining much of the same functionality.

TwelveSouth has also changed the way the iPad is held within the BookBook. Previously, TwelveSouth favored elastic straps at each corner to frame the iPad, but now, they use a separate leather sleeve inside the case to keep things secure. This sleeve is responsible for a lot of the BookBook’s improvements, as it not only keeps the iPad from getting accidentally scraped by the case zipper, but it also allows you to “unfold” your iPad from the binding of the book to take pictures with the back camera, prop it up so you can watch a movie or even type by folding back a small leather flap. This sleeve also features a couple of tiny brass snap buttons on the back, so when you aren’t taking a picture or adjusting your iPad’s angle, it stays secure in the binding without flopping around. This is a really deft touch.

Otherwise, the new BookBook is the same as the rest of the line-up. The leather covers are individually distressed and gilt, giving them a vintage look and making sure no two look exactly alike. The cover bends back with ample suppleness, making it easier to read your iPad than many folio-style cases. And boy, is the suede interior lining soft: I tend to dislike Folio style cases, but the interior coating is such a pleasure to hold that I may not take the BookBook off my iPad for awhile.

In truth, there’s not a lot to criticise about the new BookBook. We found that the inner leather sleeve, while curing a lot of the previous generation BookBook’s faults, also introduces a few. It doesn’t quite fit the new iPad like a glove, leading to a slight bulge in the leather above the Facetime camera, as well as making it a little harder than it should be to access the volume control, orientation lock and Apple dock connector port. We’ve also been unable to exactly line up the leather sleeve’s tiny perforations with the new iPad’s speaker holes, leading to slightly muted volume. There’s also no magnet inside the cover to turn off the iPad 2 and new iPad’s automatically when the case is closed, which is disappointing. Not deal breakers by any means (and a little exacto knife surgery would solve the speaker problem entirely), but they’re slight dings what is otherwise an excellent case.

The original BookBook for iPad was a beautiful looking case, but was sadly burdened with a lot of sloppy problems. It felt rushed. Not so the new BookBook for iPad, which is the product TwelveSouth should have released in the first place.

Whether the new BookBook for iPad is for you ultimately has a lot to do with how much you like folio cases and how much of a kick you get carrying a faux book everywhere you go with you. As we said, it’s undeniably a little precious, but there’s a reason these sell so well: they look fantastic, spark a lot of interesting comments and envy from strangers, and they go above and beyond the line of duty when it comes to protecting your device, while also potentially obscuring your iDevice or MacBook’s true nature from would-be thieves or muggers, who can’t sell an old book on Craigslist. And let’s face it: being a little precious can be a lot of fun.

The new BookBook for iPad is a great case, and pretty much the first folio-style case for iPad I’ve ever actually liked. We’re glad TwelveSouth got it right this time around: for the iPad — a living book — more than any other Apple device, TwelveSouth’s BookBook makes perfect sense.

Pro: Beautifully constructed, fixes pretty much everything that was wrong with the first BookBook case for iPad.

Con: Leather sleeve holding the iPad inside the case can be difficult to align properly and restrict access to ports. No magnet to turn off screen.

Verdict: The sequel is rarely better than the original. We didn’t care much for the last BookBook case for iPad, but TwelveSouth’s second volume for iPad might just be our favorite iPad folio case. 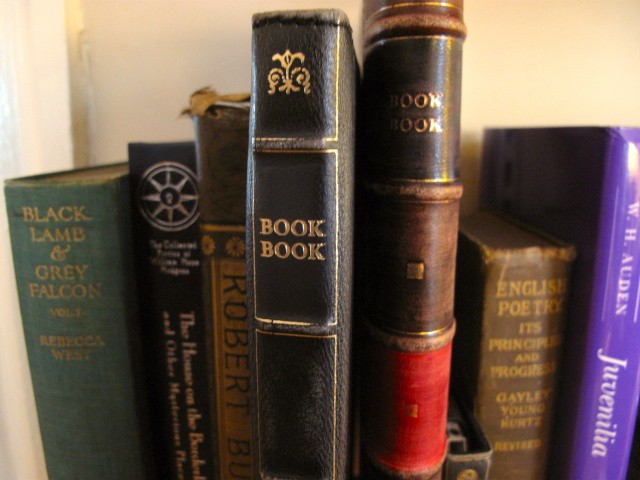 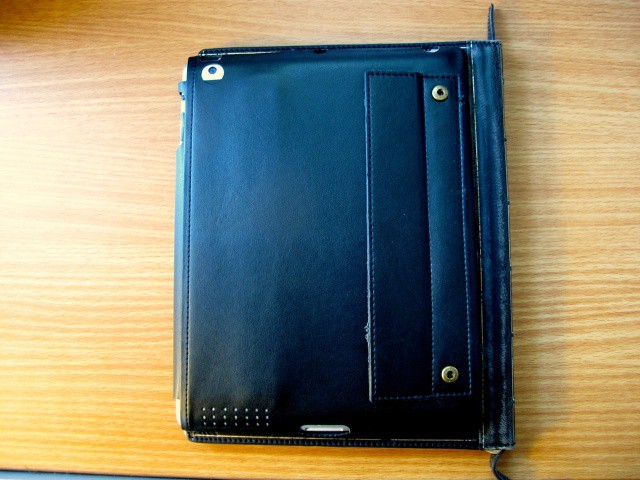 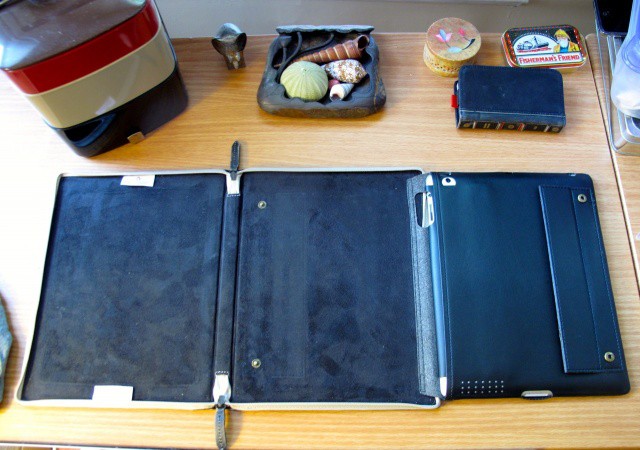 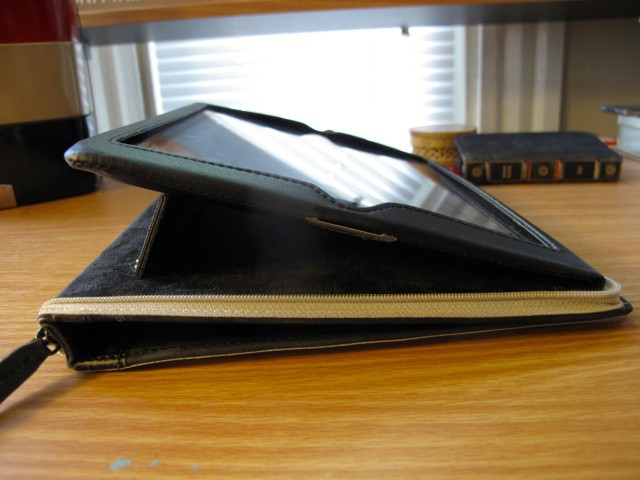