“Dude, your laptop case is, like, totally sick, brah!”

I looked up. It was my waiter, every inch of him a bro. He looked like the kind of guy whose cocktail of choice was a pounder of vodka and Mountain Dew, who spelled extreme with triple x-es, who never met a problem he couldn’t jump a skateboard over. He wore an Offspring t-shirt and a wallet on a chain covered in stickers. His goatee looked like a mullet growing out of his face.

I looked down. The “sick” case in question was the BookBook Case by TwelveSouth ($80) — a case which was designed to make my 11-inch MacBook Air look like some dusty vellum tome plucked from an ancient library.

I was expecting to get compliments on my cherished case from gentlemen scholars, poets, shy and nerdy bookstore girls. I did not anticipate being complimented on my case by a walking refugee from the View Askew-averse. What the heck are you supposed to make of that?

There’s a problem of expectation with the BookBook Case: while hiding something valuable inside a book seems on the surface of things to be really sly and sophisticated, in reality, they’re borderline disreputable.

In real life, hollowed out books are used to make a person or object look more sophisticated than it really is. You see it wherever they are found: from the empty cardboard book spines on the shelves of your local ambulance chaser’s office, to the bottle of whiskey hidden inside the gilt-leafed poetry anthology of your favorite closet alcoholic.

That means that to love the BookBook Case (and I do), you need to be willing to revel in it as something that is as wonderfully corny as the prop of a 1930s whodunnit. This is not a case for book lovers eager to make a connection with other readers, because readers will never be impressed just because you’re merely reading a fancy-looking book (let alone one with “Book” actually written on the spine). In a coffee shop or library, the worn and splayed book spine spread across someone’s nose is a window into what they think and what they feel. It’s what book you are reading that is important, not how old or expensive that book looks.

What the BookBook Case does is make a connection with people who have a good sense of humor about things, and intuitively realize that there’s something silly about decking out a laptop like the MacBook Air to look like a prop from Gandalf the Grey’s library. Sure, the BookBook Case is cool looking, but it’s also funny. It’s an irony against pseudo-intellectuals and literary posers. It’s a joke.

Which is why I love the BookBook Case, and why I intend to continue keeping my MacBook Air ensconced in one. It has its small, relatively inconsequential problems, most notably only two straps securing the laptop in place inside the case which makes my Air less secure inside the BookBook Case when open that I’d like, but that’s almost besides the point. What it all comes down to is perception, and at the end of the day, I’d rather be told that my case is “sick, bra” by any number of affable, down-to-earth weirdos who appreciate a good gag than be admired by the grim, thin-lipped killjoys for whom reading — even if they don’t do it themselves — is SERIOUS BUSINESS, and must only be approached with awe-struck gravitas. This isn’t a serious case for book lovers. It’s an antidote to bibliophile snobbery. 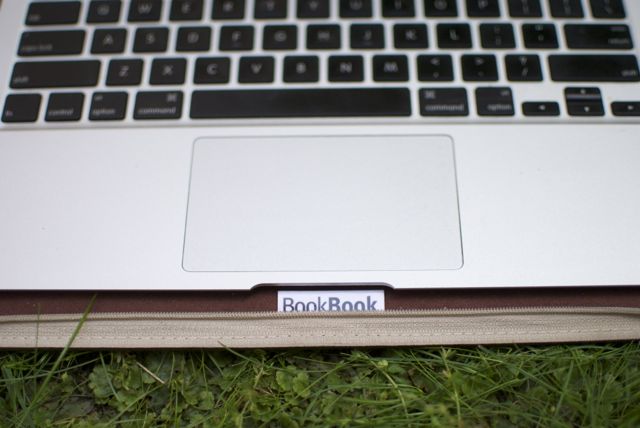 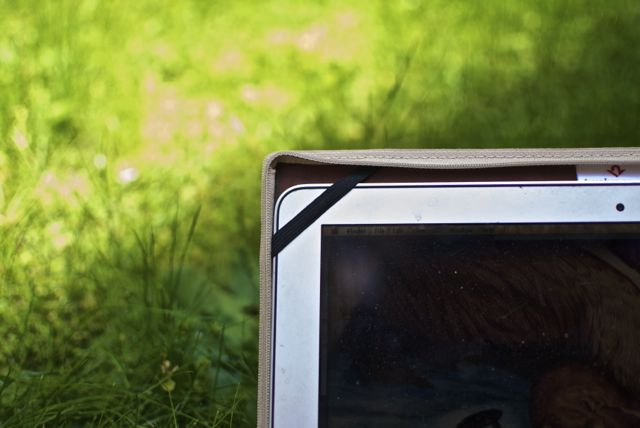 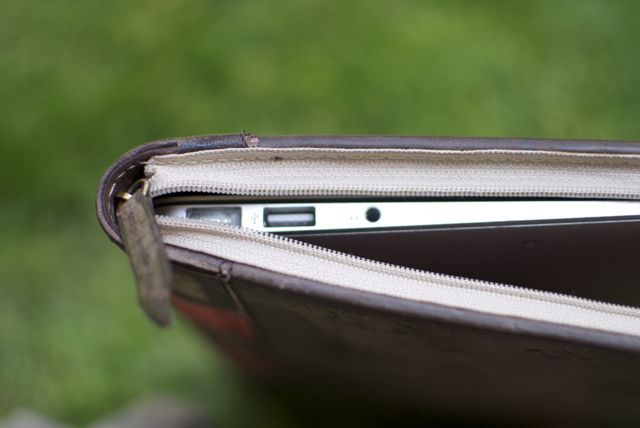 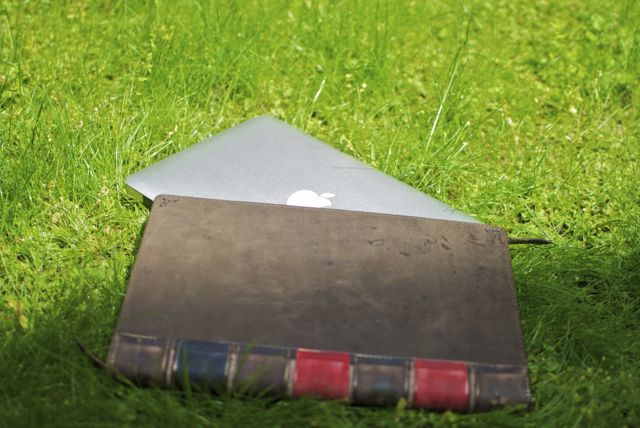