TwelveSouth’s BookBook case for the iPad is a hard, leatherback binder that’s designed to look like a vintage book. It’s handmade and it features a soft, velvety interior that promises to keep your tablet free from scratches and scrapes, while its hard exterior provides impact protection from all angles. It also boasts a fully-adjustable stand using “the oldest trick in the book” — a button and a piece of string.

Because it’s hand distressed, every BookBook case is unique, and TwelveSouth claims that no two look alike. We were more than impressed by the BookBook case for the MacBook Air, so we had high expectations for this one. But did it live up to them?

The first thing you’ll notice when you take the BookBook case out of its box is that its build quality is terrific. TwelveSouth has clearly used only high quality materials here, which have been put together so well that you can bet this thing’s going to last a lifetime. The stitching is strong, the leather is tough, and the zipper that keeps the BookBook closed seems nice and robust.

And thanks to those materials, you can be sure your iPad is protected inside this case. The hardback exterior provides great protection against dings and dents, while the soft, cushioned interior means you don’t need to worry about your iPad picking up scuffs while it’s secured inside. Even the button inside the case that’s used for its stand is made from a soft leather that will be of no threat to your iPad’s precious display.

Despite all of those materials, the BookBook is still remarkably light. It does make your iPad feel a little heavier, but you have to expect that from any case. It’s certainly not as heavy as I was expecting it to be.

Because the BookBook is designed to sport a vintage look, you can forget about scuffing its leather when you place it down or stuff it in your bag; the more you use it and the more distressed it becomes, the better it looks. Having said that, it’s surprising how much of a beating the BookBook will take before it begins to look worn. I’ve been using mine on and off for months, and it still looks great.

Another advantage with this case is that not many people are going to know what’s inside it. When it’s closed, it just looks like an old book. Who’s going to snatch that out of your hands while you’re walking down the street?

The BookBook is really unique, and you’re likely to be the only one with this case in your local coffee shop. Finally, it’s also compatible with all iPads, whether you have the original, the iPad 2, or the new iPad.

While it may be light, the BookBook is very big. It’s 25mm thick, which is almost triple the thickness of your iPad 2, and it adds a significant amount of bulk to every side. This certainly helps make the BookBook protective — especially against big drops — but it also steals your iPad’s beautifully slim design.

With your iPad inside, the BookBook loses its shape a little. It bows slightly in the middle and bulges out at the back, which somewhat spoils the vintage book look. It’s not a major issue with the iPad 2 or the new iPad, however, I can imagine it would be worse with the original iPad inside, which is much thicker.

The zipper does a terrific job of keeping your BookBook closed, but at the top of the case it gets dangerously close to your iPad when you’re opening and closing it. If you’re not careful, the zip will run along the top edge of your iPad, and could leave a nice scratch in its aluminum.

The adjustable stand uses a piece of leather string that you wrap around a leather button to create a stand for your iPad, and it does work well. However, it is rather fiddly, and because the string sits behind your iPad, you either have to lift your iPad up to pull it in and out each time, or leave it dangling out of the case.

There are two things that you cannot do with the BookBook, and that’s typing and taking pictures. There’s no camera cutout, so you’ll have to take your iPad out of the case to snap a picture, and typing on the iPad’s virtual keyboard is just far too uncomfortable while it’s inside.

Part of me really loves the BookBook. It’s a beautiful case, it’s well built from quality materials, and it does a fantastic job of protecting your iPad — which warrants its $70 price tag. It’s great for those who use a wireless keyboard, or those who seldom use the iPad for typing or taking pictures at all, and want a great looking case that’s going to last a lifetime.

However, for me, it’s just not practical enough. I regularly use my iPad for typing at a desk or table, and taking it out of the BookBook every time I wanted to do that is just frustrating after a while. 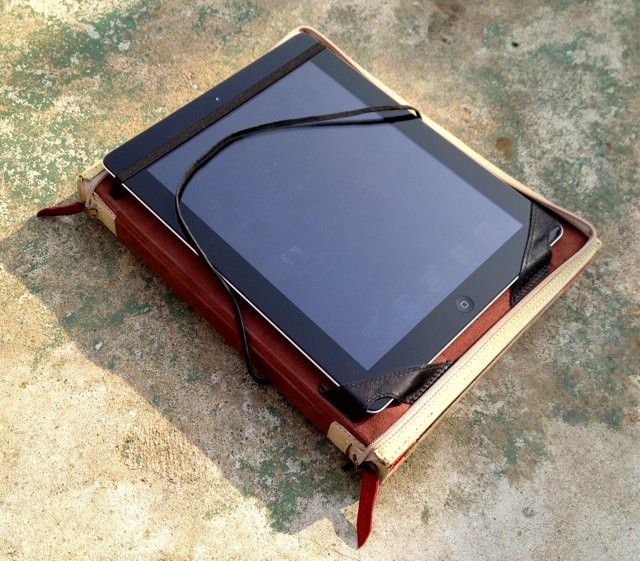 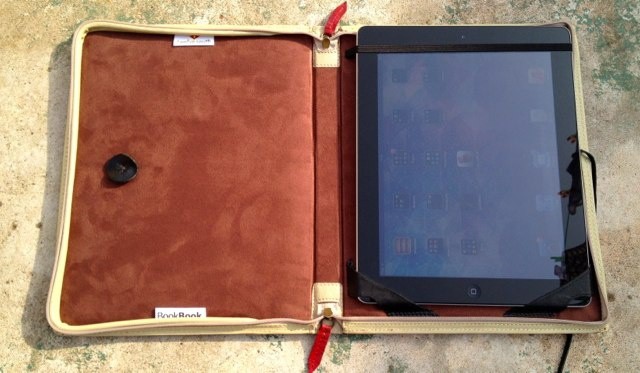 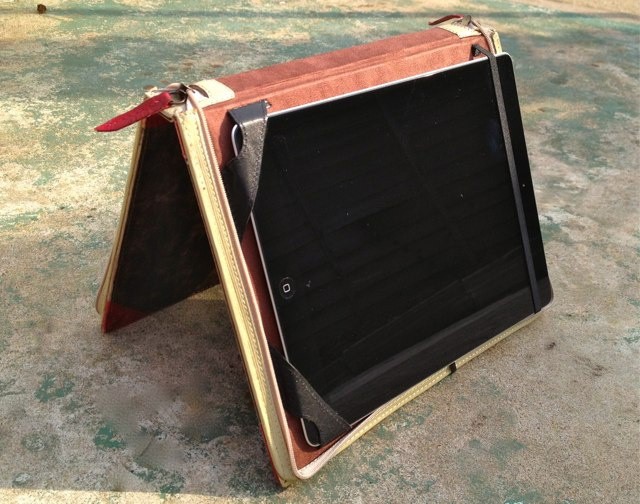 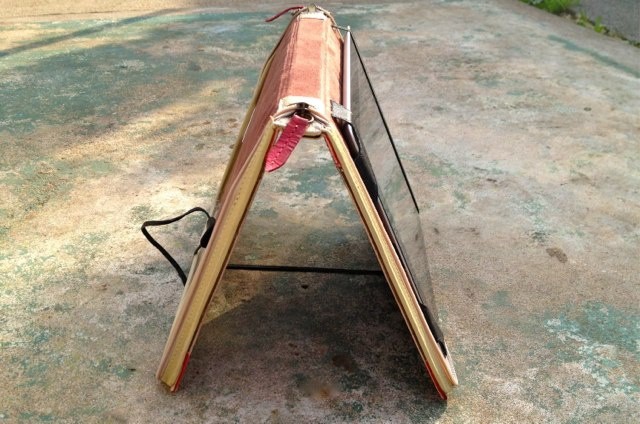 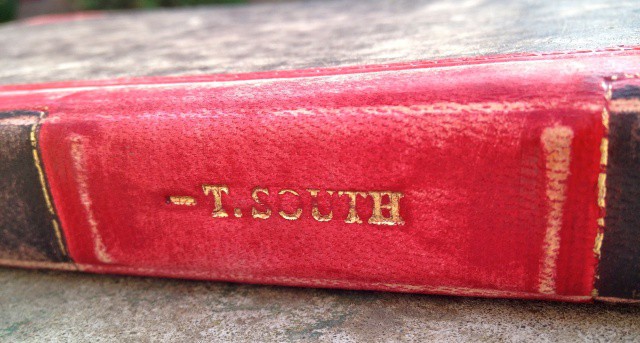