The Pogoplug from CloudEngines looks like a boring power adapter, but it’s a fantastic little gizmo that turns any USB hard drive into your own little cloud server accessible over the Internet.

Just stick a router and USB hard drive into the $99 Pogoplug, plug it into the wall and baboom — instant cloud. Which means I can dump my important files and media onto a drive, and as long as I’m online, I can access those files, anywhere, anytime.

Hit the jump for the full review.

My first impression when tugging it out of the box was that its designers had copied the last-generation Apple design ethos as much as possible. It’s a white brick with rounded corners — doesn’t get much more Cupertino than that. But cheap-feeling plastic, noisy graphics and details that don’t seem very polished left me with a new-found respect for Apple’s ability to make simple seem sexy. But really, it’s going to sit under my desk, so whatever.

The similarities to an Apple product don’t end there. The Pogoplug is ridiculously easy to set up; it took me about four minutes to attach everything and register the device at their website. Then I was browsing through photos and music I had dumped on a flash drive I’d popped into the USB slot on the device. I can upload, rearrange or delete files on the drive attached to the Pogoplug through the web-based interface, and if I deem anyone worthy enough to view or download the files, they can be emailed an invite through the interface.

As a cloud device, it’s much cheaper to run than say, hosted alternatives like Apple’s MobileMe. And it’s much easier than emailing myself files. If I want to get a bunch of photos to my editor a hurry, nothing’s faster than sticking the CF card into the card reader and sticking that into the Pogoplug. I don’t need to upload anything. And there’s even a free application on the iTunes App Store that lets me access the files from my iPhone.

There are downsides though. I wanted to dump all my Battlestar Galactica episodes onto a drive and stream them from the ‘Plug, but can’t (until I convert them into a more web-friendly format, like H.264); and unlike MobileMe, if the Internet goes down at my house, I’m SOL — no access to anything from anywhere. Then there’s the expense of having to buy another flash or hard drive to leave attached to the device.

The real promise of the Pogoplug is not really what it does, but what it is — an inexpensive, tiny, plug-n-play server.

There’s already at least one website hosted on a Pogoplug, and Pogoplug’s creator is releasing additional features in a week or two — one of them likely to be a backup utility — that’s bound to make the little brick more useful than ever. 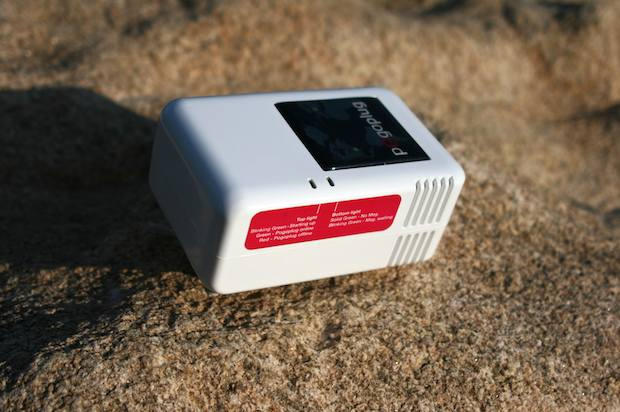 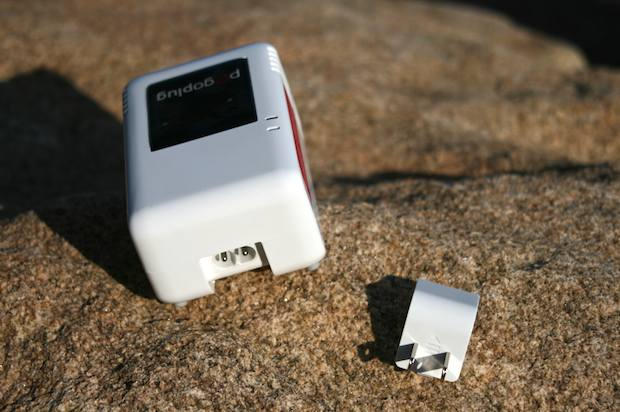