EA has launched Battlefield 3: Aftershock in the U.S. App Store today, providing first-person shooter players with the opportunity to enjoy online multiplayer gaming for free on their iOS devices. However, it’s not quite the Battlefield 3 release we were expecting.

There’s just one map to enjoy and only five weapons to choose from — one of which you must unlock. The title seems to be a promotional release for Act of Valor, rather than a complete title, and it provides only a very brief taste of online gaming.

There aren’t really any nasty catches here, either; it’s not a freemium title that attempts to bleed your wallet with in-app purchases. But part of me wishes it was. For Battlefield fans, this really isn’t the mobile follow-up to Battlefield 3 we were waiting for.

When we first heard about Battlefield 3: Aftershock last year, we were expecting single- and multiplayer gameplay, with a nice campaign and multiple game modes as a sequel to EA’s Battlefield 2 for iOS. Sure, there are some rather impressive visuals on display and a good control system, but the rest of the experience is somewhat lackluster at this point.

Right now, there are a number of reasons why this title will frustrate you more than it excites you.

It takes a while to find a game and when you finally do, you’ll usually get kicked out of it either just before or just after you begin playing. If you do manage to stay in a game, you’ll become so frustrated with the lag that you probably won’t finish it anyway. 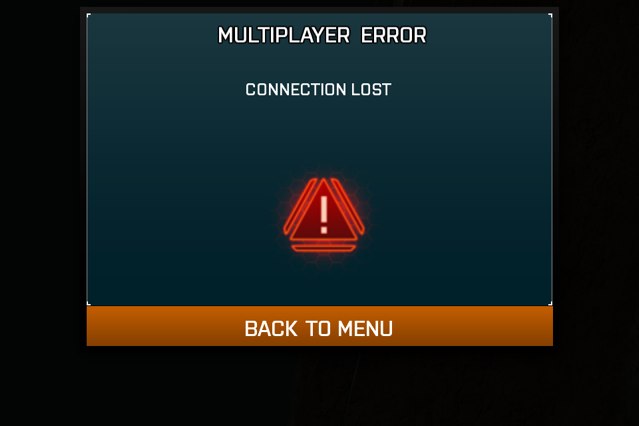 However, it’s likely that many of these problems are simply because the title is so new, and they could be ironed out over the next few days. Let’s hope that’s the case because there’s a lot of potential here. EA seems to have nailed the control system and that’s one of the most important things for a first-person shooter.

All it needs now is bug fixes and (lots) more content.