There are still nearly 12 hours to go before Apple’s iPhone 4S makes it debut in China, but hundreds are already lining up outside of five Apple retail stores in the hope that they will be one of the first to get their hands on the fifth-generation device.

Tech in Asia reports that the two Apple stores in Beijing and the three in Shanghai already have lengthy queues outside their doors:

At the two stores in Beijing, and the three in Shanghai, there are clearly lines stretching hundreds of meters, with reports of hundreds of queuers at each, snaking around city blocks (see more photos below). Most stores have a ticketing system to deter queue-jumpers, but that won’t stop the ‘scalpers’ who buy the phones to resell later at a profit. 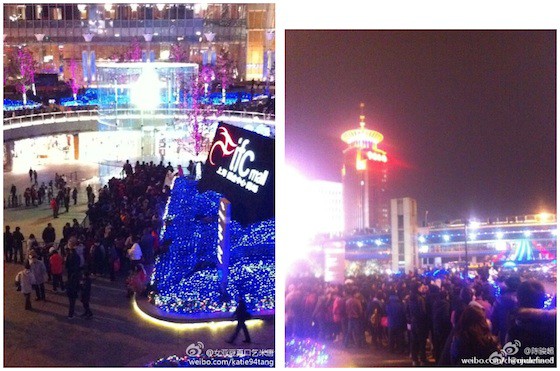 The new device will be available from China Unicom, which is also selling the device through its website from 12:01 AM, and you can bag it free on certain price plans. Devices purchased from Apple, however, can be bought unlocked, which is perfect for those pesky scalpers.