This one’s nuts. Remember how there were no police reports about the missing iPhone 5 prototype, even though CNet reported that police offices had actually searched a man’s house looking for it? The guy whose home was searched in search of that lost iPhone 5 prototype says the officials weren’t actually police officers… they were Apple employees impersonating them.

The implication is that the officials, who appear to be members of Apple’s security team, were impersonating police, a crime punishable by up to a year in jail in California.

But now it appears that the six officials — four men and two women, all wearing badges of some kind — weren’t SFPD, but part of Apple’s security team. A phone number given to Calderón by one of the men who identified himself as “Tony,” belongs to Anthony Colon, a former San Jose Police sergeant who is employed as a “senior investigator” at Apple (LinkedIn profile).

“This is something that’s going to need to be investigated now,” SFPD spokesman Lt. Troy Dangerfield said, when informed about the Bernal Heights man’s statements to SF Weekly. “If this guy is saying that the people said they were SFPD, that’s a big deal.”

The story of the lost prototype was reported by CNet earlier this week, citing an unnamed source. However, SFPD has no record of the case and when we visited the bar where the phone was supposedly lost, the manager knew nothing about it.

Here’s a picture of Anthony Colon and a screenshot of his LinkedIn profile, which has now been removed: 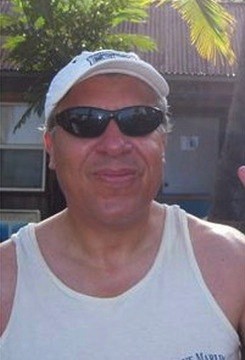 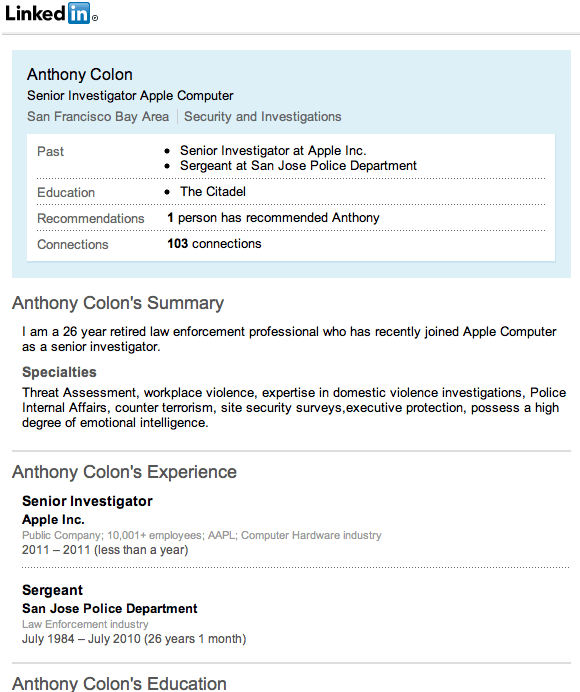