Apple is gearing up for the construction of its new headquarters in Cupertino, California. Steve Jobs proposed plans for the new campus to the Cupertino City Council back in June, and the city quickly gave a resounding approval for Apple to begin work on its new mothership.

A development proposal has been submitted by Apple to the City Council with more details and renderings of the future campus. And we have to say, it looks awesome.

The plans refer to the new headquarters as “Apple Campus 2,” and the space will be 2.8 million square feet in size. The campus will feature a Corporate Auditorium that seats 1,000 people. Apple will be able to hold media events and announcements on campus, instead of having to make the trek to venues like the Yerba Buena Center in San Francisco. 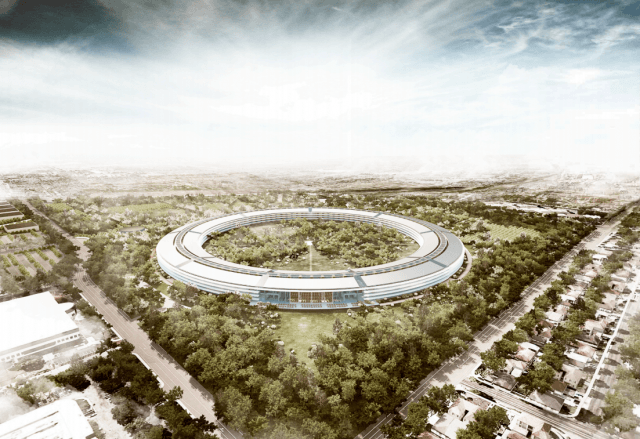 Besides the auditorium, Apple’s new mothership will offer 300,000 square feet for R&D, a Corporate Fitness Center, and a cafeteria that seats 3,000 people. Apple promises that the new campus will be a, “distinctive and inspiring 21st Century workplace.”

Apple’s current Infinite Loop headquarters only houses 3,000 employees, with Apple having to rent out extra space to temporarily squeeze in 1,300 more employees for the time being. “Apple Campus 2” will have space for up to 13,000 employees.

The new headquarters will have minimal impact on the local power grid, due to its own, self-contained electrical plant.

Back in June, Steve Jobs was quoted as saying that he believes this new campus could be, “the best office building in the world.” And, judging by these plan details and renderings, we’re inclined to agree. 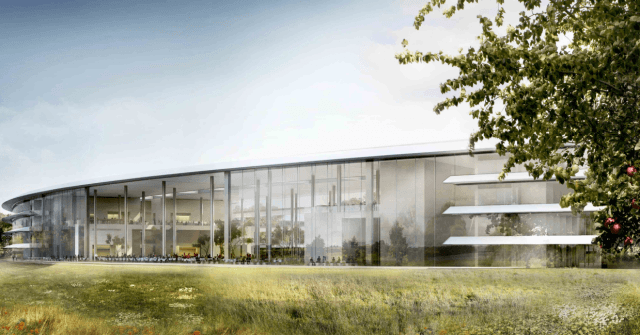