Author of brainy best-sellers The Name of the Rose and Foucault’s Pendulum died late last week, and was heavily eulogized over the weekend in pretty much every major newspaper around the world.

But while most people (understandably) focused on his status was one of Italy’s best-known literary exports, did you know that Eco also once wrote an essay about the benefits of Mac OS versus MS-DOS? It’s pretty much the academic’s answer to those classic Mac vs. PC TV commercials.

END_OF_DOCUMENT_TOKEN_TO_BE_REPLACED

In a sea of tablets and smartphones, PC sales have been slowly sinking for years. Not so with Apple, however. In fact, bolstered by the growing “halo effect” from its other products, MacBooks and iMac sales have been buoyant for ages — and that trend isn’t likely to change in 2015.

According to sources on the supply side, Apple orders of Mac-series notebooks and desktops are set to grow between 10-15 percent this year, selling a hefty 20-23 million units.

PCs? Not so much.

END_OF_DOCUMENT_TOKEN_TO_BE_REPLACED

Apple has produced some of the most memorable adverts in history. Its “1984” commercial for the original Macintosh is still talked about today, and we can all remember the “Mac vs. PC” commercials, and the dancing silhouettes that were used to promote the iPod. However, it hasn’t quite been the same story in recent years.

Despite promoting incredibly popular products like the iPhone and the iPad, Apple’s most recent commercials have been far from unforgettable. In fact, the CEO of one ad-tracking firm has revealed that Apple is being mocked for its latest Siri commercials, which employ celebrities to sell a feature that rarely works in real life.

END_OF_DOCUMENT_TOKEN_TO_BE_REPLACED

We all know that Macs are easy to use, but this just takes the cake. Notice the instructions for setting up Mac.. er McDonalds free Wi-Fi on Windows and the Mac.

As John Gruber notes, “There is no step four.”

Whatever reality-bending substances are being imbibed, chewed or smoked at UPS, sign me up: they tagged Adam Jackson’s iMac Core i7 as a fruit.

And now his work tool is awaiting inspection by the FDA, after UPS did the smart thing by “submitting proper documentation” for what it believed was a 40-pound shipment of possibly forbidden fruit from China. 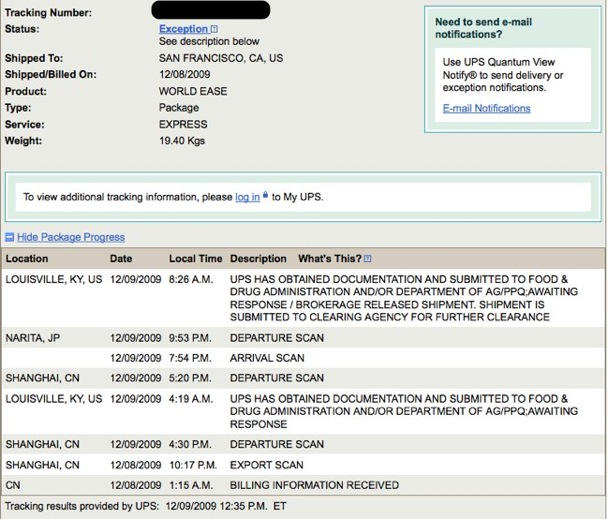 Sounds like a funny fluke, but there’s more than one burnt bulb at UPS processing centers — MG Siegler at Techcrunch had the same problem just last week.

Note to UPS: the words “apple” “mac” and “core” do NOT necessarily mean foodstuffs.

Or are they just PC people messing with us?

UPDATE: After viewing your comments about other incidents, we asked for a comment. Here’s what UPS had to say about it.

Microsoft says that a filter and human buffer are stopping inappropriate tweets from being displayed in monitors in Saks Fifth Avenue windows in New York.

The Twitter stream which broadcasts on one of the world’s busiest shopping streets had been flooded with “Get a Mac!” messages, but Redmond spokespeople say they are not going live.

This holiday, Saks Fifth Avenue and Windows 7 are working together to bring the magic of the season to life. For the first time, the legendary Saks Fifth Avenue’s holiday windows are powered by Windows 7. As part of this campaign, there are three Microsoft Windows on 50th Ave that feature video monitors displaying a live feed of people’s holiday wishes for the season shared via Twitter and from kiosks in store.

The windows are the private property of Saks Fifth Avenue. As such, there are filters in place to make sure that in opening them up to Twitter feeds we had content that was appropriate for the general public to view and was within the holiday theme. This filter includes any attempt to spam the windows with negative commentary that is not in the spirit of the holidays. The windows have not been hijacked.

Here’s the thing: if you look at the #holidaywindows, if they filter out “Mac” messages as inappropriate, there’s almost nothing left.

So we need your help, CoM readers: if you’re in New York and happen by the Saks window display on 50th Ave, send us pics.

httpv://www.youtube.com/watch?v=78Ksp-ZkVTk
Department store Saks Fifth Avenue is running a Christmas display in New York City, sponsored in part by Microsoft, where well-wishers can send messages from Twitter to the store window.

In a rather unsurprising, but still entertaining, turn of events a lot of those people express the holiday spirit with “Bah Microsoft!” which then pops up on the Windows screen.

A few recent ones:

midy No need for a black and blue holiday. Black Friday is coming, why would you want a blue screen of death? Get a Mac.

If you want to get in on the holiday fun, read the shenanigans or send your tweet try this:  #HolidayWindows .

UPDATE: The GNU/free software folks have also jumped on the bandwagon:

kennydude #holidaywindows Get Ubuntu, it’s free and easy-to-use. It’s also secure, customizable and does more than Windows. By @fernandovalente

rodrigoy Very happy with my Linux: No locks-up, no blue screen, no anti-virus, no malwares, no bullshit…

The interesting thing — with all the obscenities and potentially obnoxious other stuff that could’ve come up that Microsoft should’ve worried about, they’re getting a playful public bashing, which they also might have predicted…

END_OF_DOCUMENT_TOKEN_TO_BE_REPLACED

Color me unsurprised, but the Mac vs. PC mentality doesn’t always hold true at home.

The fascinatingly-named 2009 Household Penetration Study from NPD finds that Apple computers are in 12% of US households, up from 9% in 2008.

Ad campaigns aside, the study found that these Mac people don’t mind a little fraternizing with the “enemy:” 85% also have a Windows-based PC at home.

The study also found that Apple owners have more computers (and more laptops) than strictly PC owners, plus they also tend to have more gadget-happy households in general.

END_OF_DOCUMENT_TOKEN_TO_BE_REPLACED

Thinking further about the new Mac ads — and how if I were considering buying a Mac over a PC they wouldn’t sway me — I came across this post about an accidental switch & bait that turned one PC person, political-science professor Harry Farrell, into a Mac user:

“I was working in my office, when a work-study knocked on my door with a brand new MacBook Pro, which he told me had been sent over from my school’s technology program. I was nonplussed, and told him that he must be wrong, that I hadn’t ordered one etc…

So I finally acquiesced, on the grounds of gift-horses, and the wisdom of not inquiring too closely into the dental conditions thereof, and unpacked it. Two hours later, I was completely hooked –œ more rational and altogether nicer than my Windows box, while much smoother than my Ubuntu installation. I would have wanted to take it home and marry it, if I wasn’t married already. Three hours later, I discovered it had been a mistake, and that it was in fact intended for a colleague with a vaguely similar name… And I had to give it back.”