Apple is working on a new dock connector for its devices that will boast high-speed connections including USB 3.0 and Thunderbolt, according to a new patent published by the U.S. Patent and Trademark Office on Tuesday. Entitled “Reduced Size Multi-Pin Male Plug Connector,” the patent reveals a smaller 30-pin dock connector that will also feature a dual-lane DisplayPort.

Originally filed in September, 2009, the patent filing read: “Some embodiments of the present invention can provide support for one or more new high-speed communication standards.” The connector is designed to carry video and audio signals, in addition to data and power – with two USB 2.0 contacts, four USB 3.0 contacts, USB power and a ground. 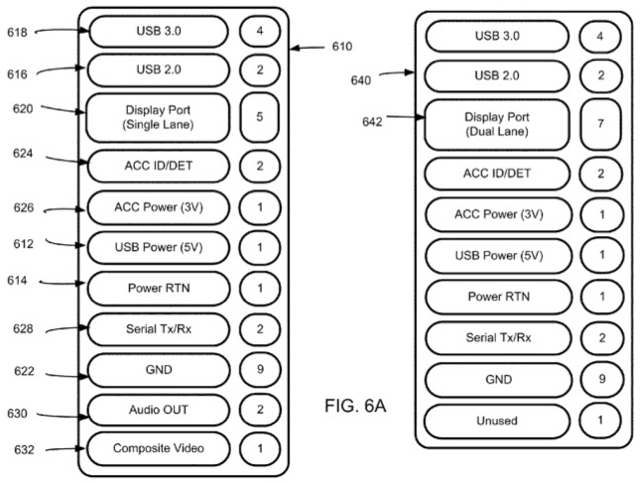 The DisplayPort is designed to transfer data at speeds of 1.3MP with one lane, 1.8MP with two lanes, and 4.1MP with all four lanes. The kind of speeds needed to make backing up and syncing your iOS device a little less painful.

Though the device illustrated in the patent is an iPod, it’s expected the new dock connector would be implemented into all of Apple’s devices that already feature a dock connector. 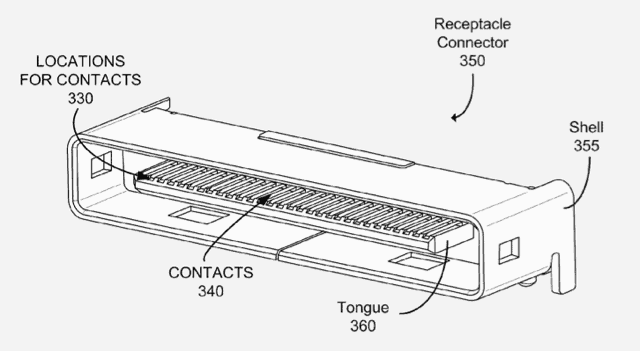