SAN FRANCISCO, MACWORLD 2011 — Down on the show floor, I ran into podcaster Tim Chaten, who was using an iPod touch to record video.

Chaten had his iPod touch mounted in a home-made camera rig, complete with an external microphone.

It looks like a pretty good setup for shooting quick and easy videos.

Here’s how he put it together: 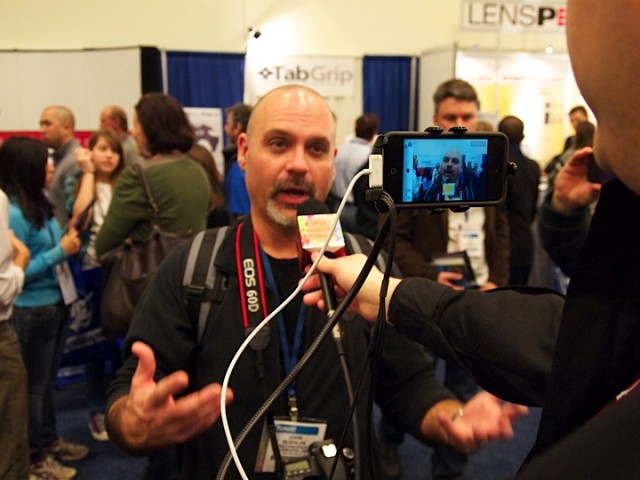 Chaten had three goals for his iPod touch video setup:

He also uses the rear-facing camera for interviews, as in the photo above.

The kit cost around $120 (not including the iPod). To extend battery life, he’s thinking of investing in a Mophie JuicePack battery pack. Chaten uses it to produce podcasts for his The Possibilities Production Network.

He has more info here: Turn An iPod Touch Or iPhone 4 Into A Mobile Interview Kit