Cult of Mac members and fans of Bloom County, a long lost friend has returned.  Straight from the labs of the RetroMacCast and brainchild of RMC co-host John, the Banana Junior 9000 Fully Portable Personal Computer has been reborn!  It Computes, Sorts, Prints, Draws, Figures, Doodles, Slices, Dices, Whistles, Whimpers, Dances, Prances… and most important of all… It Turns ON!

The Banana Jr was the flagship product of the fictional 1980s Banana Computer Company: 32 bit, 450k RAM, and very independent in spirit.  Before it’s Chairman took a swan dive out of a 63rd floor window with “capitalism sucks” painted across his chest, this adorable offspring of the fruit computer company was adopted by Bloom County resident nerd Oliver Wendell Jones and began to worship the TV in the living room as its god. 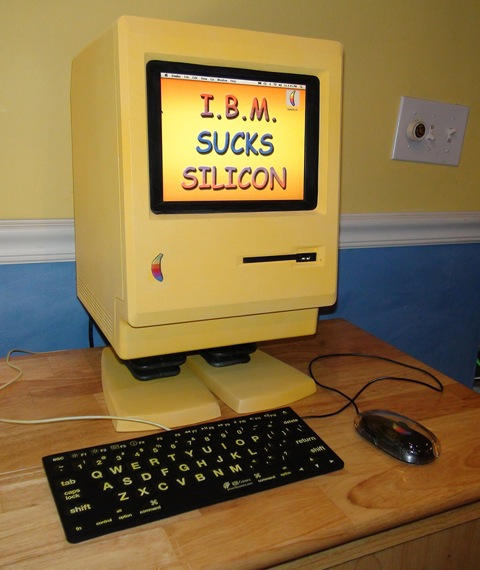 To create his version, John hollowed out a Macintosh Plus shell, crafted some adorable feet for the enclosure, and attached a 6 color Banana logo to the front.  He explains the process:

The feet are plywood that have wood putty added to give them a bit of shape. The legs are two shift boots, bought at an automotive store. The floppy port slot now houses a usb port and I filled in the spot on the lower front right where the keyboard would normally plug in on a mac plus.

He then shoehorned a 1.5GHz G4 Mac Mini inside with an 8″ Lilliput LCD monitor, a USB hub, some small speakers and a power strip to bring things to life. 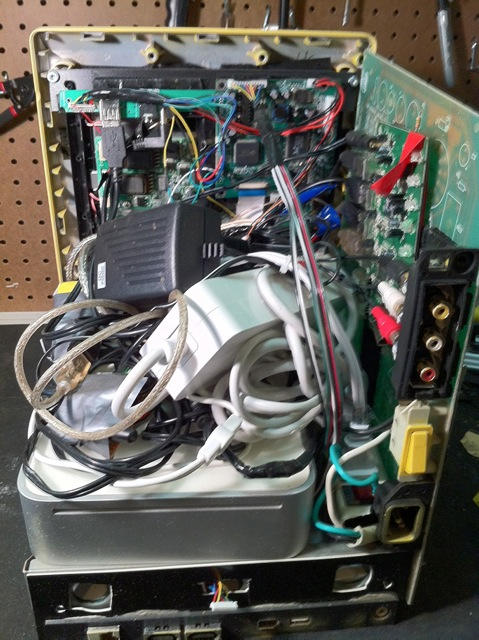 Somewhere, Steve Jobs feels a disturbance in the force.  The power strip is actually attached to the original Mac Plus switch and it uses the original plug receptacle as well. I converted the Mac Plus brightness knob into a push button for turning on the system.

John has really earned his Geek Cred on this project – an LCD failure and busy gaming convention schedule brought a series of prototyping setbacks, but our hero persevered (while enduring frequent pestering from RMC co-host James and myself).  Then, as if the case prep and working Mac weren’t enough, he customized the OS to display the Banana logo and run BananOS version 10.5.8! 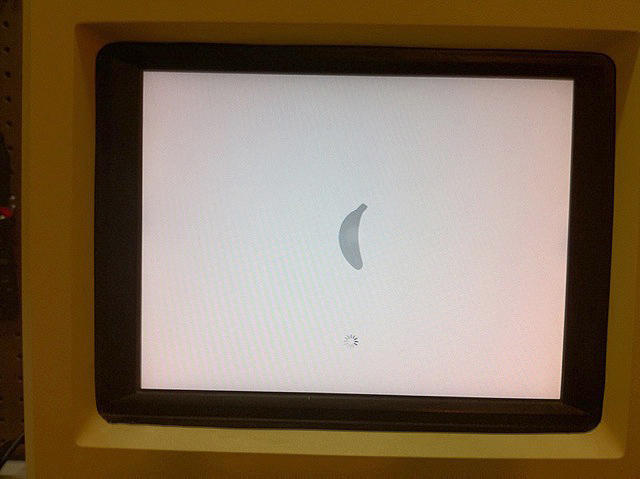 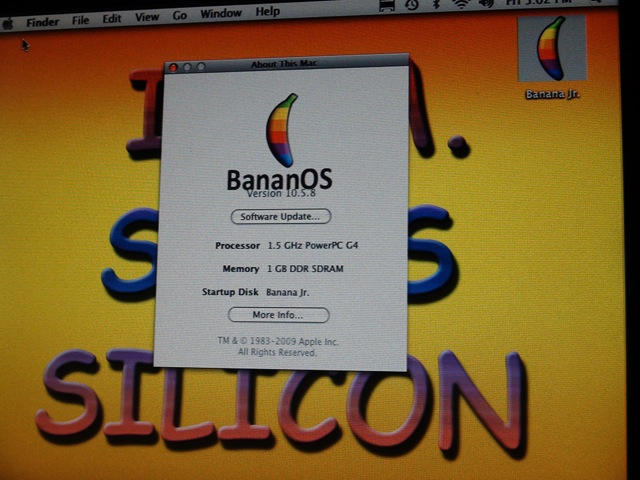 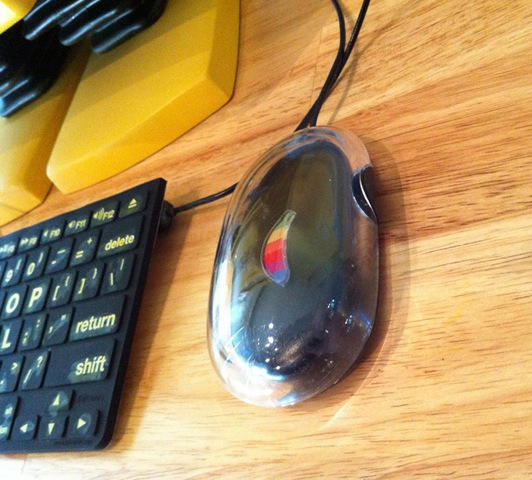 John previewed this little gem over a year ago in a photo he posted to the RetroMacCast website.  At long last, his efforts are rewarded.  Check out John’s blog entry on RetroMacCast for full details – and kudos to John for a Job Well Done!