There is a great video of Steve Jobs giving an interview to 60 Minutes in which he states – rather boldly – that the problem with Microsoft is that they “simply have no taste.” He goes on to say that the Windows firm has “no originality” and “no culture infused into products.”

Taste is a huge factor in delivering winning consumer technology and is often overlooked or forgotten about on the long and perilous road to market. A sense of beauty and design must accompany flawless technical execution and a robust understanding of user expectations and needs. To look at a concrete example of products with good and bad taste, one need look no further than the latest phones from Apple and Microsoft.

First, there is the recently deceased Kin from Microsoft. Just look at this monstrosity: 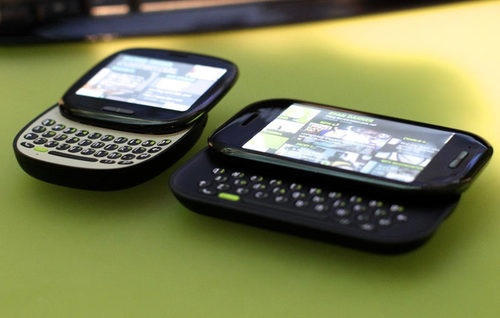 Even with a multi-million dollar marketing push, the kin failed to connect with users in a meaningful way. It may have had all the functions and technical capabilities that users crave, but because the element of taste was missing, the phone disappointed.  By the way, amazingly on this is that the Kin clearly had a constant aesthetic, but that’s not the same as having taste – hiring the top design firms to do your work is a good idea, but it’s not a get out of jail free card.

Now look at the iPhone. Any iPhone. Even the one with the broken antenna. It has a level of design and tastefulness embedded into its core.

We want to repeat that last bit one more time: a product whose core function is inherently flawed is still considered most satisfying by its users.  Why?  Taste.  Taste is letting those users overlook basic problems, because the problems themselves are not inherently related to the overall design of the product – we know this might sound contradictory or counterintuitive to some, but its actually quite consistent.  Why?  People aren’t buying the iPhone just as a phone, its style, its form, its usability, its social status, etc.  Plus the phone does actually seem to work from time to time…

Stage Two believes that a great product needs not only great technology but great taste, as well. In order to deliver an amazing experience with consumer electronics, a high level understanding of user habits and expectations should inform a functional, beautiful design.

Where does taste start?  When the user first interacts with the product, from on-box branding in stores to websites to company blog posts.  Taste continues through the out-of-box experience into set up and first-time-use.  Every single step needs to be elegant and clean and consistent (could you imagine an iPhone coming in anything but a tightly designed package?).

Taste inspires repeat customers and brand evangelists.  Taste brings love.  Taste trumps glitches (and yeah, we think dropping calls is more than a glitch, but apparently most consumers don’t!).  Taste brings your customers’ emotions into play, and those are powerful things.

The heart of a gadget has to be technical – that is a truism. But a great product will also have an artistic soul. To forget that is to create mediocrity again and again andagain.

ps – we know we’ve been a little gushy to Apple recently, it’s not intentional, so coming soon we’ll focus on some other companies who we think have great taste!

This is a guest commentary by Jeremy Toeman of Stage Two consulting, a San Francisco Product Experience company. It was originally published here.