2018 has been an amazing year for Apple products, but there were a bunch of other tech companies that put out some incredible new gadgets that we’ve fallen in love with.

Instead of focusing on the flashiest, most popular products of 2018, we’ve rounded up a list of goodies that we’ve personally been using throughout the year and can’t imagine living without, whether they were created in Cupertino or not. Hopefully, you’ll find something great you haven’t heard about yet.

If you haven’t heard of Libratone before, you’re probably not alone. The speaker manufacturer has been around for a few years, making incredible wireless speakers. Its Zipp speaker connects to your wireless network and can be grouped (through its companion app) for multiroom audio or set as a stereo pair for a wider sound stage.

In 2018, Libratone added support for AirPlay 2, allowing you to use the Zipp in conjunction with HomePods and other AirPlay 2 devices around your house, adding to their versatility. What makes the Zipp even better is support for Spotify Connect streaming, as well as Tidal integration and streaming radio, and auxiliary input, and built-in Bluetooth. This means that there’s almost no limit to how you can pump sound into the Zipp speakers.

The Zipp also pack a built-in battery for use on-the-go, or can be powered through an AC wall adapter. The speaker’s fabric cover is replaceable and comes in a variety of colors, allowing it to blend in — or stand out — in any room.

2018 would not have been nearly as magical for me without DJI’s Mavic Air. I’ve been flying drones for a couple years and the Mavic Air is the perfect embodiment of everything you could want in a drone. It’s absolutely tiny but still snaps some of the most stunning pictures and videos I’ve ever captured.

This summer I drove from Tijuana, Mexica to Jasper National Park in Canada and the Mavic Air was with me the entire time. It’s so portable that I never hesitated to take it on a hike or any of the cliff jumping shenanigans I got into. And the biggest surprise is how good the camera is. It shoots 120fps slo-mo video at 1080p and 4K video at 30fps. Slap on some ND filters to get your exposure just right and you’re able to get some truly incredible shots.

Not only is Mavic Air’s hardware good but DJI’s software game is top-notch. There are a number of intelligent shooting modes that make it easy to capture cinematic footage with minimal experience. The obstacle avoidance is solid too. Despite crashing my old drone nearly a dozen times, I’ve never had an accident with the Mavic Air. If you’re looking to get into droning, this is the bird for you.

Every year Apple comes out with “the best iPhone ever” but goddamn does the iPhone XS Max truly feel like the greatest smartphone ever. The screen is drop-dead gorgeous. Photos and video look more amazing than ever with the new camera. And Face ID continues to be one of the most under-rated features Apple’s put out.

It’s cliche to pick the newest iPhone as one of the best gadgets of the year, but the iPhone XS Max lives up to the hype. Every minute with the XS Max is delightful. Whether I’m watching movies, scrolling through Instagram, shooting videos on my friends, editing photos or playing games, using the XS Max feels like the future has finally arrived. 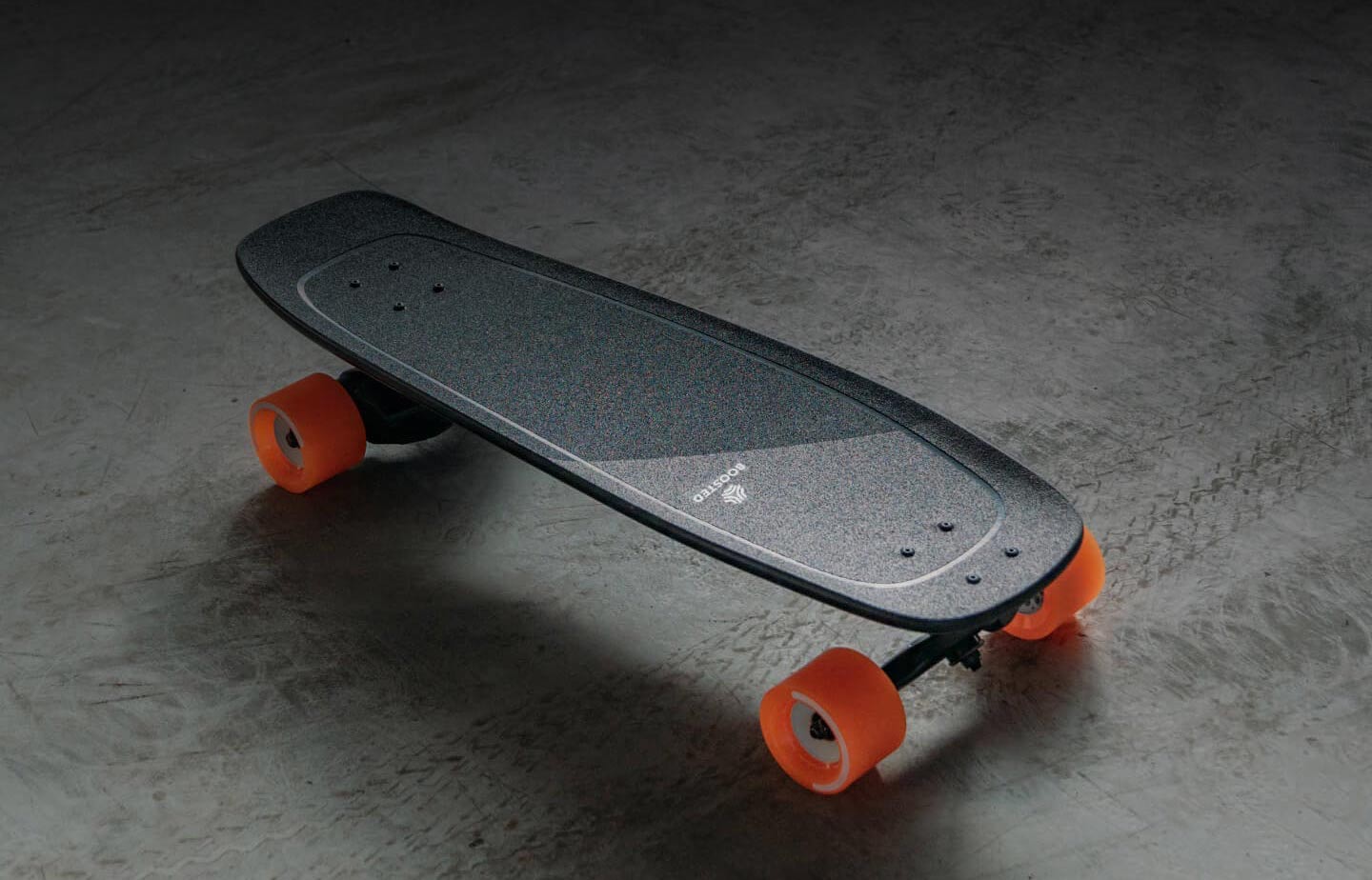 Electric skateboards still don’t seem like they’re quite ready to go mainstream but Boosted Board’s new Mini X shows that it won’t be long until they takeover cityscapes. The Mini X is smaller than the first generation board the company came out with. It doesn’t lack for power though. You can cruise on it up to 20mph and climb hills with a steep grade of up to 20 degrees.

The biggest limitation on electric skateboards has been their size to range ratio. Most of them are big and bulky and can’t go past 7 miles. With the Mini X you got a board you can actually carry around comfortably and it has a range of 14 miles. Best of all, the Mini X is one of the more affordable boards out there.

I’ve been ripping around Phoenix on a Mini X for a few months now and it’s one of the most fun things I’ve ever ridden. Going uphill in a car garage is absolutely thrilling. A lot of times, I feel like my friends just wanna hang out at lunch so they can cruise around on the Boosted Board for a bit, and I can’t blame them. 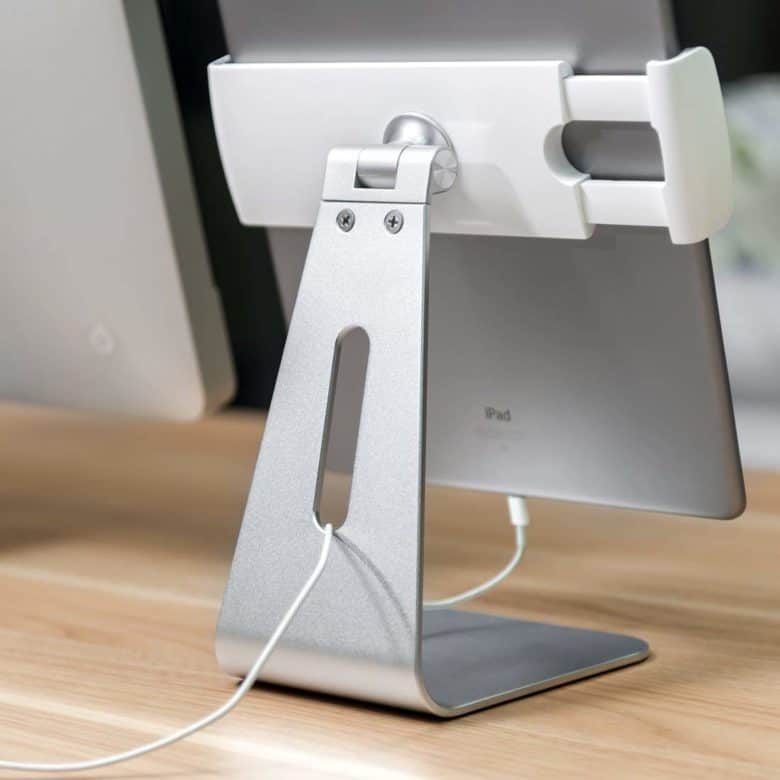 Ever looked at your iPad and thought “It’d be rad if it looked like a tiny iMac”? No? It doesn’t matter, because you’ll love the Abovetek iPad stand anyway. It’s a super-sturdy aluminum bracket with a set of rotating, silicone-lined jaws that clamp the iPad gently but firmly into place.

You can use it in portrait or landscape, at any angle you like, and there’s even a hole to pass cables through. It’s the best desk stand I’ve ever used.

This is the perfect way to shut up the annoying table-drummer in your life. Paired with an iPhone (or Mac iPad), the Roli Lightblock brings relief to everyone. It’s a pressure-sensitive silicone-topped block that doubles as a screen, and the bright colored patterns correspond to drum pads, music scales, even control sliders for your favorite music apps. It’s Bluetooth, it’s MIDI, and it’s awesome.

2018 was the year Apple Watch hardware finally caught up with Cupertino’s grand vision for the smartwatch. With a subtle redesign, superior internals and a bigger, brighter screen, Apple Watch Series 4 left its predecessors — and its struggling competitors — in the dust.

While the modest 2mm increase in screen sizes sounds negligible on paper, it actually looks rather startling on the wrist. And the vivid new screen on Apple Watch Series 4 is something you can’t unsee. (Hold it next to your Series 3 in the Apple store and I know you’ll succumb to serious upgrade fever.) Add in the power punch of Apple’s new S4 chip, and vastly improved battery life, and you’ve got a Watch that’s finally ready for prime time.

SimpliSafe set out to disrupt the home security industry. With an updated wireless system launched in 2018, SimpliSafe really blew it up.

Rather than signing up with an expensive home security service and paying to have a system hardwired into your home, you just order the proper sensors online. (SimpliSafe offers standard door and window sensors as well as glass-break sensors, smoke alarms and more.)

Once you get your gear, you can get this DIY security system up and running in less than an hour. It’s easy to install and costs far less than other services, without the contracts and commitments that SimpliSafe’s competitors made infamous. An unassuming design looks pleasant enough. And, more importantly, a frictionless user interface makes this system straightforward to use.

Basic monitoring starts at just $15 a month. It’s especially ideal for remote homes with no internet because SimpliSafe works via a built-in cellular connection. The whole thing costs less than my previous home security setup — and I was able to disconnect the landline that the old-school system required. All the security at a fraction of the price! — Lewis Wallace

Cal Digit’s TS3 Plus is one of the finest Thunderbolt 3 cocks on the market. It includes future-thinking technology like a UHS II SD Card slot, and the fastest USB 3 ports available today. But most importantly, it restores all the beloved ports Apple removed from your Mac notebook.