The Mac mini might be Apple’s smallest and most affordable computer, but there’s a whole lot to technology packed into its tiny aluminum shell. iFixit’s latest teardown provides us with a closer look at the machine’s internals — and reveals our repair options.

The new Mac mini looks a lot like its predecessor. Apple didn’t make any drastic changes to its chassis, though it does come in space gray instead of silver now. Pull the $799 machine apart, however, and you’ll find a whole host of interesting tweaks.

Getting into the Mac mini is a little more difficult this time around, but it’s still a fairly simply process. Rather than twisting its base plate and allowing it to fall out, you must pry it off using a plastic opening tool and a little (but not too much) force.

The first thing you’re greeted with a shield that contains a Wi-Fi antenna. You’ll need a TR6 torx screwdriver to remove this and reveal the Mac mini’s internals. Its cooling fan comes out next after removing a few more screws and disconnecting its cable.

You’ll finally see the Mac mini’s logic board once the fan is out of the way. Two more screws secure it to the base of the machine, and once those are removed, the whole thing slides out, proving access to all its components. 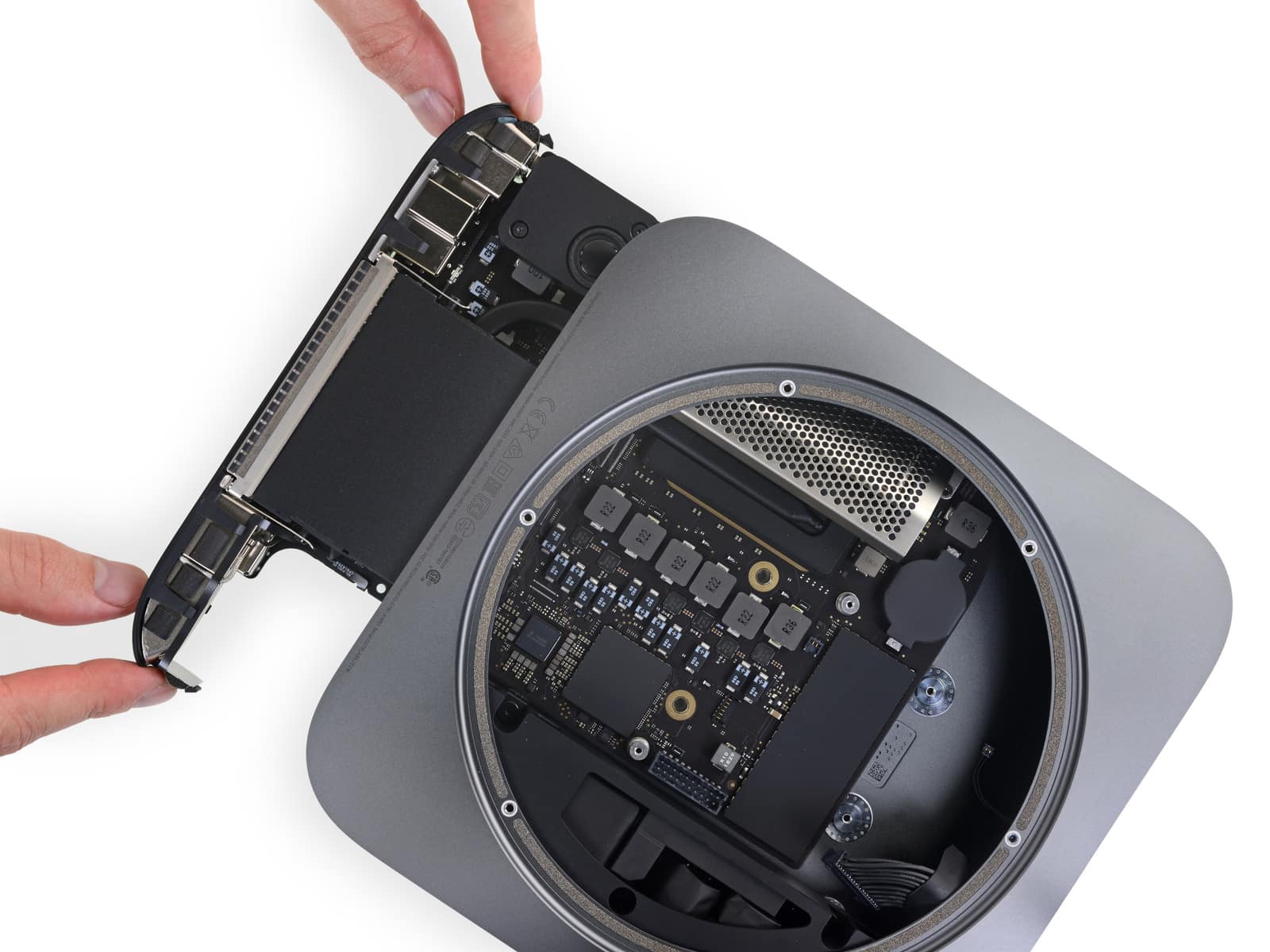 By now you’ve probably already heard the Mac mini has upgradeable RAM this year; it’s not soldered to the logic board like it was in the 2014 model. However, because of where the RAM is positioned, you’ll need to pull the whole machine apart to swap the sticks.

Apple has used an interesting method of holding the RAM in place. Rather than snapping the modules into its usual clips, it has employed a flexible plastic that the modules rest inside. To ensure they don’t slip out easily, another shield sits over the top and holds everything in place. 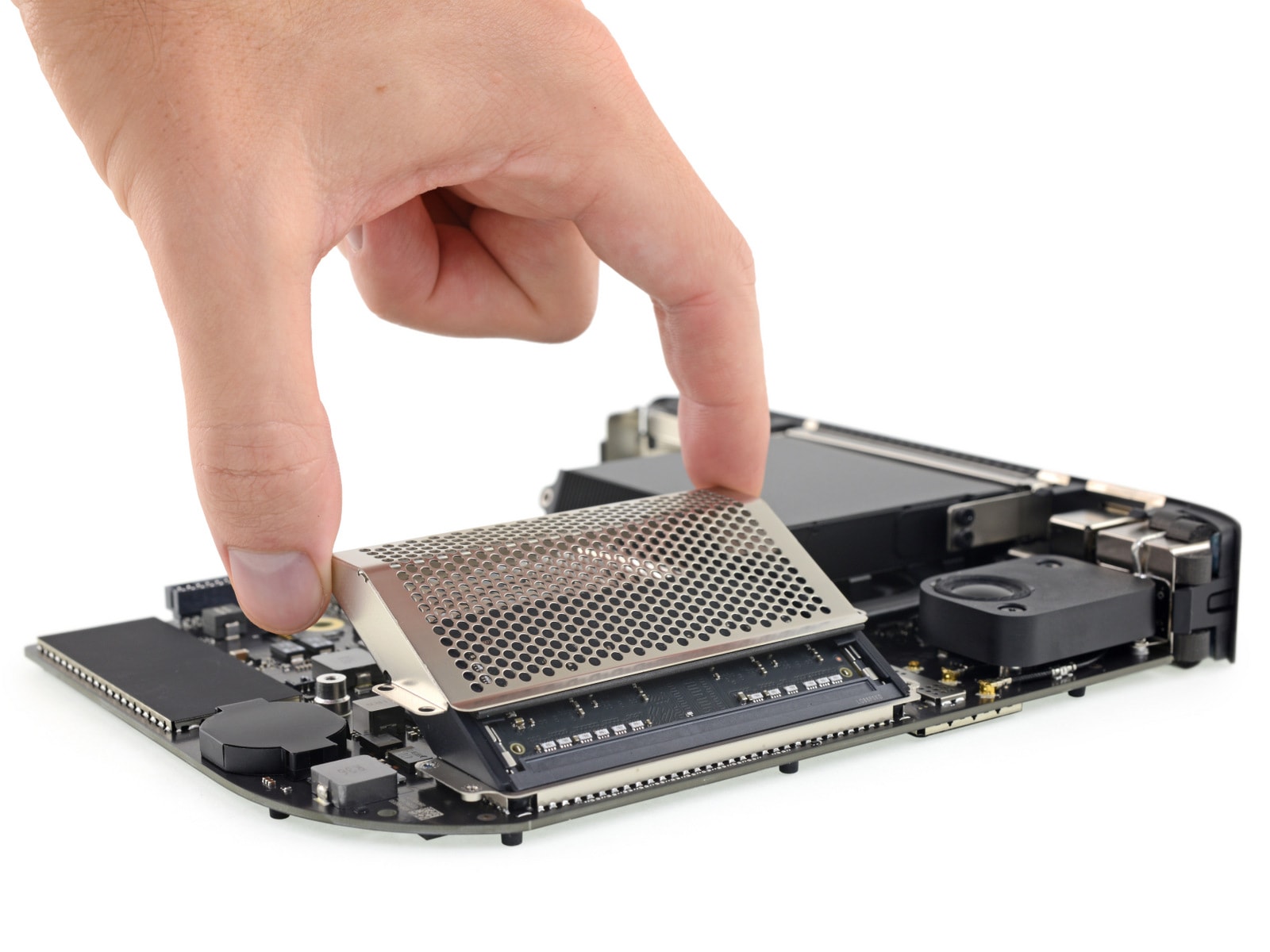 Sadly, the RAM is the only component you can upgrade. The Mac mini’s processor remains soldered to the board, just like all its other chips and connectors. Should any of these fail, then, you’ll need a complete logic board replacement.

The Mac mini still has its own speaker, though you won’t want to use it for much, and its power supply remains a separate component that could be replaced by itself if necessary. 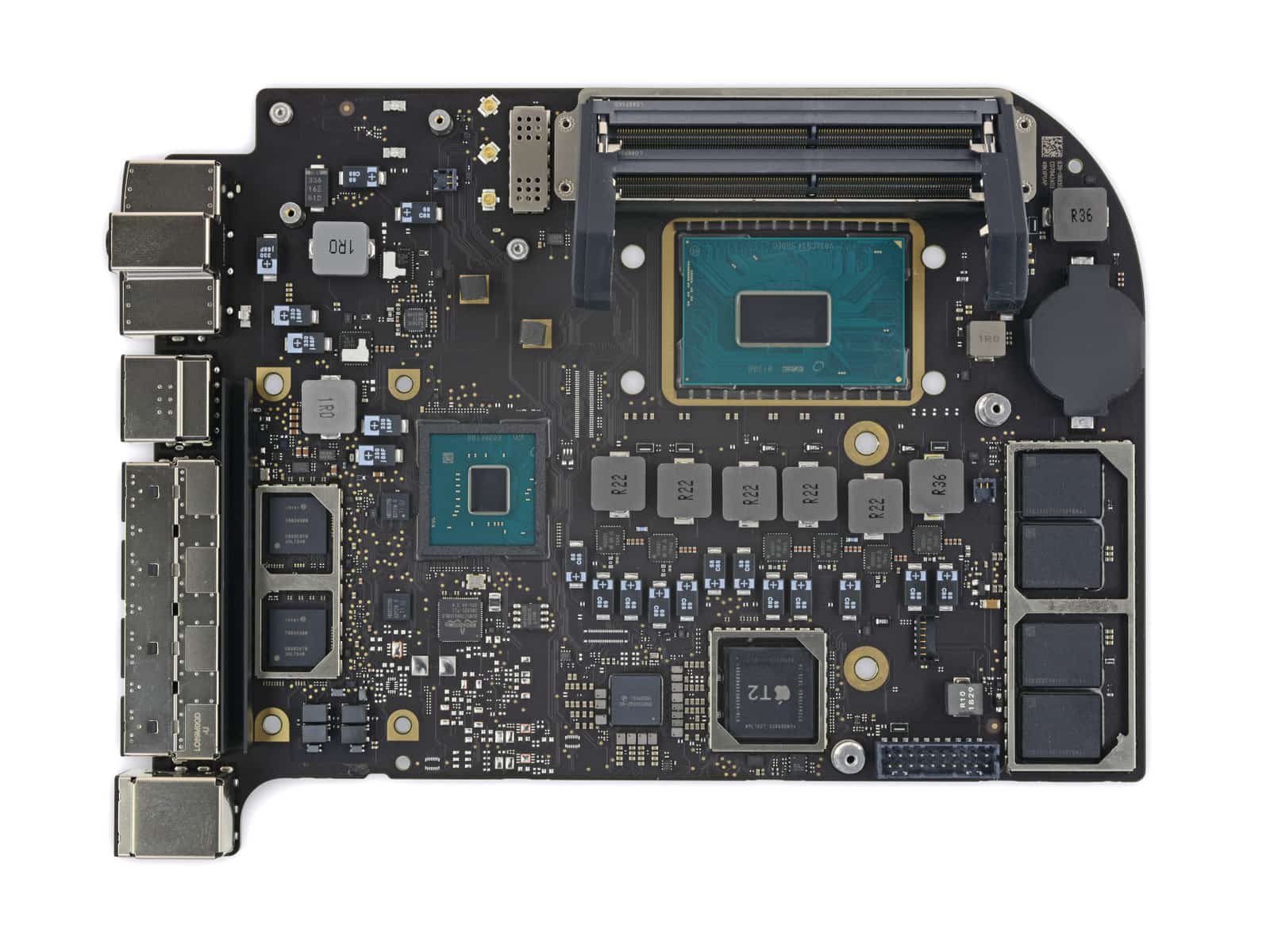 Because the Mac mini isn’t too difficult to pull apart, has upgradeable RAM, and could be fixed relatively easily, iFixit has awarded it a repairability score of 6/10. That’s much higher than most other Apple products, like the new MacBook Air, which earned 3/10.