An iPhone X was found in good working order after it survived an extreme drop test off of California’s tallest bridge last week.

With the video button on record, the glass-encased Apple flagship successfully filmed its own dizzying trip as it fell from about 1,000 feet and hit a rocky bottom. Cosmetically, the iPhone looks like a boxers face after 12 rounds of jabs and hooks.

The video posted to YouTube on June 8 by TechRax at least had a reward for watching. More than a quarter of a million viewers learned the iPhone X still works after a long fall.

Compare it to the host’s video earlier in the month where he chucks an iPhone X into molten lava. Not being able to retrieve it for obvious reason, the only payoff was knowing what casually throwing $1,000 into a sea of fire looks like.

With 6.1 million subscribers, he can afford expensive props to feed gratuitous destruction to his fans.

TechRax doesn’t identify the bridge in the video but it looks like the Foresthill Bridge, known as California’s tallest and located in the Sierra Nevada foothills. 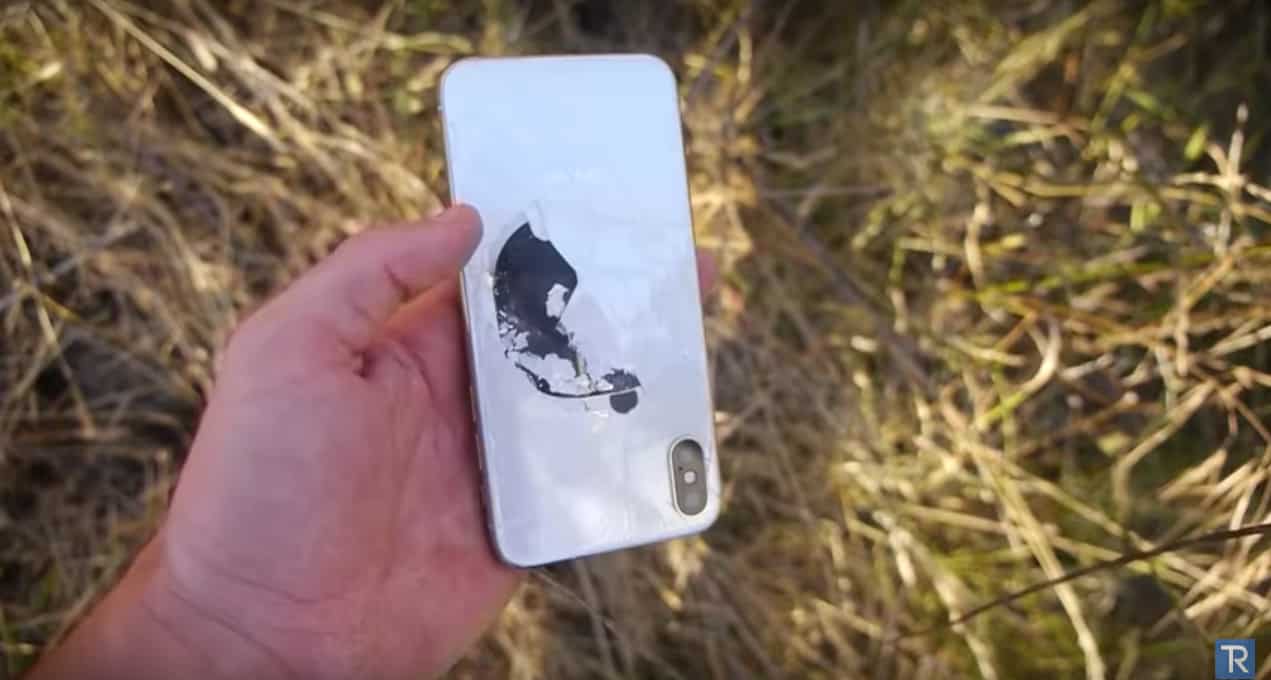 After the drop, the host and his assistant spent about 90 minutes trying to find its resting place after the hard, bouncy landing.

Numerous cracks spread across the front glass. A chunk of glass off the back was missing, exposing a warm battery, as the host noted.

The phone maintained its shape and the host fired it up right away and found it had successfully recorded the fall.