Developers received an early look at macOS 10.14 today, which bears the far-less-silly-than-last-year’s-High-Sierra name “Mojave.” After what Craig Federighi called a “four year mountain bender” Apple’s heading to the desert for its next-gen Mac OS.

For its 2018 iteration, Apple is introducing a dark mode, some nifty Finder updates, added privacy, and an all new, redesigned Mac App Store. Here’s what you need to know.

Visually, the long-awaited dark mode gives you an inverted color scheme. That means black or dark grey windows in place of white ones. That should be good for photographers and creatives, since it allows images and files to stand out more cleanly against the backdrop. Plus, as Craig Federighi points out, it just looks kind of cool.

In the “looks kind of cool” category, Apple has also introduced Dynamic Desktop. This is a wallpaper which will subtly change over the course of the day to reflect the time of day with a day and night cycle.

One of the improvements in terms of day-to-day functionality is a revised Finder. This offers a new Gallery View, alongside the existing icon, column and list options. Gallery gives you a large preview for each image as you scroll through, along with various Quick Actions for editing the files without having to open them.

For instance, you can easily add watermarks to a batch of PDFs or change the orientation of photos. Plus, the sidebar now displays full metadata for files, which should be handy for photographers wanting to quickly check what lens a photo was taken with.

On the desktop, Mojave boasts a new “Stacks” option. This tidies away files into neat stacks at the side of the screen. These stacks can be created according to file type, date or tags, and essentially function like mini-menus or folders which you can then open up to explore.

There’s an app for that

Apps were a big theme of the Mac section of the keynote. Stocks, Voice Memos and Home are all coming to Mac after previously being iOS exclusives.

The more significant news, though, is a Mac App Store which has been rebuilt from the ground up. The emphasis is on discovery, with a series of new tabs offering curated selections according to what you might want to use them for.

For instance, there’s a writer’s section which will give you an easy one-stop-shop for all the app a budding wordsmith could want. In addition, there are finally video previews — while Microsoft will bring Office 365 and Adobe will bring Lightroom CC to the store.

There’s also a new focus on user reviews, and an added ratings and review API, old make it easier for people to leave feedback.

Apple’s all about privacy, just in case you hadn’t heard. To stop people tracking you online, Apple’s introducing a plethora of smart under-the-hood features which should stop you being so easily monitored online.

One of these is a smart way to stop “fingerprinting,” which refers to the way that companies can drill down on your data by finding the unique characteristics of your device that define you as, well, you. With Mojave, they’ll get access only to a simplified system configuration, so that every Mac looks basically the same.

The keynote ended on a compelling note as Craig Federighi noted that, while iOS and macOS won’t merge any time soon, there will indeed be more apps running on both. That’s a multi-year initiative, though.

So for now we’ll have to enjoy what we get. Fortunately, from the sound of things, there will be plenty to enjoy! 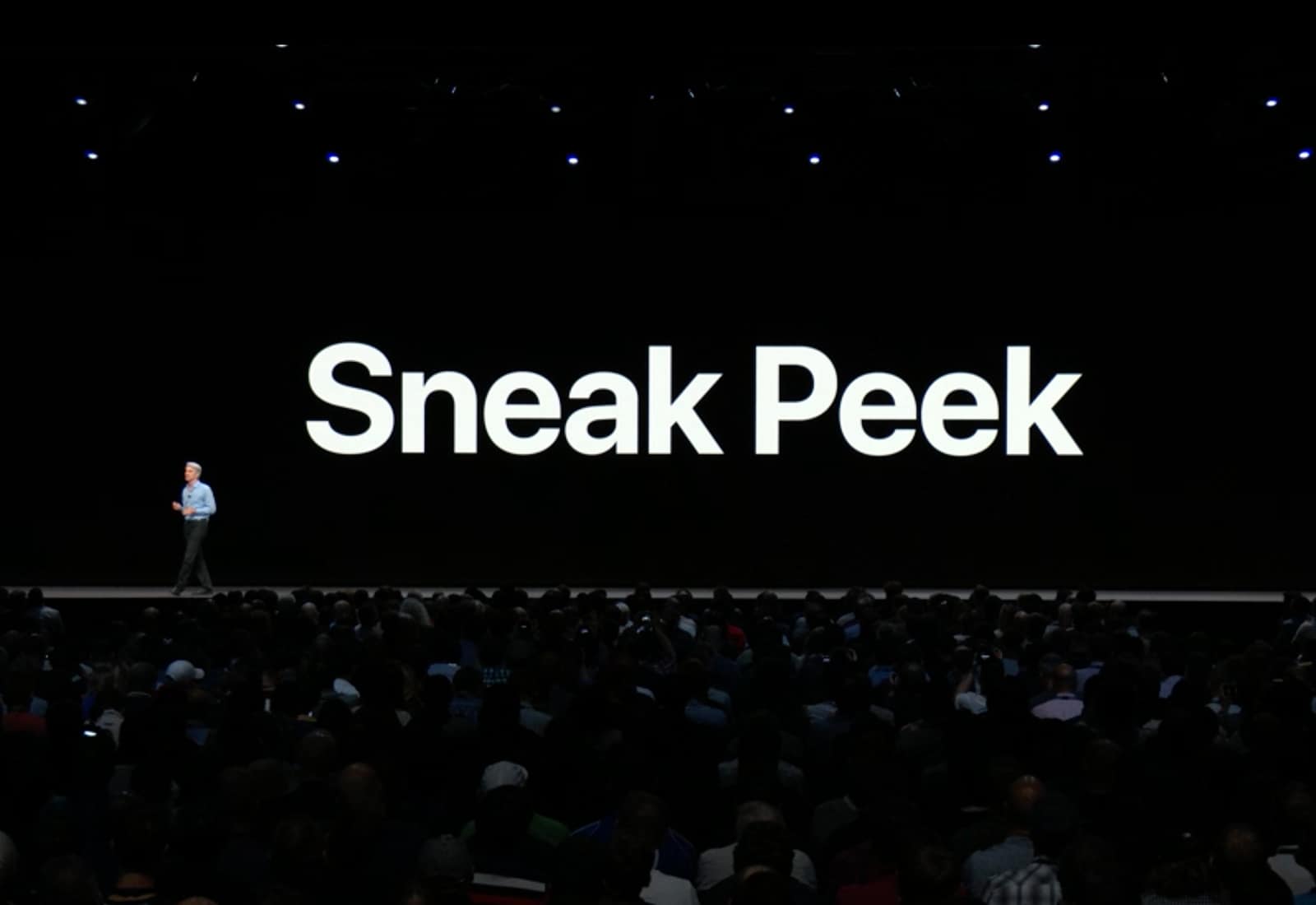 When can I get it?

As per usual, the new version of macOS will be launching this fall, probably around September or October. A developer preview launches today, and a public beta will most likely follow in the next month.