There’s a security setting in iOS that will erase everything on your iPhone, resetting it back to a blank, factory-state slate if you tap in the wrong passcode 10 times. It’s called Data Protection, and I never wrote a how to on this because I figured everyone would have it switched on. After all, who wouldn’t want that kind of excellent security if ever they lost their iPhone?

People with kids, that’s who. Apparently the fear of little Jeannie picking up your iPhone while you sleep off that second after-lunch martini, and running through all 10 attempts in one go, has been enough to turn many parents off this great feature. In reality, Data Protection is pretty much childproof, so you should switch it on right now.

Daring Fireball’s John Gruber conducted a poll of his Twitter followers, and found that 66 percent of them have this feature switched off. And remember, this is a tech-savvy crowd. Respondents are those who know enough about this feature to have an opinion on whether to use it.

The main reason for leaving it off was fear of kids wiping the iPhone after 10 failed attempts. Another fear was that the owners didn’t trust themselves not to screw things up, especially those who don’t have a proper backup of their data to do a full restore (PSA: 50GB of iCloud storage is just 99 cents per month).

And Gruber himself was worried that a somebody in a bar might take his phone and use this feature to wipe it as a prank.

It turns out that none of these worries are founded. Yes, the feature does exactly what it says it does:

Erase all data on this iPhone after 10 failed passcode attempts.

But not all of those attempts are equal. You get five tries initially, after which there’s a one-minute delay before the your sixth attempt. That might be enough to put off Little Joanie right there.

After a sixth failed attempt, there’s a five minute lockout. During these lockouts, the iPhone can’t be used for anything but emergency calls. The lockouts get longer, so that going from zero to a wiped iPhone would take a minimum of three and a half hours.

Thus, it is almost impossible to accidentally wipe your iPhone because this setting is enabled. Kids won’t trigger it, and you won’t trigger it. The only plausible scenarios involve you forgetting your passcode altogether, or someone attempting to unlock a stolen iPhone. In the former case, you should probably write the password down somewhere safe (or keep it in a password manager app on another device). In the latter case, you’ll be happy you had this feature switched on.

How to enable Data Protection on iPhone and iPad 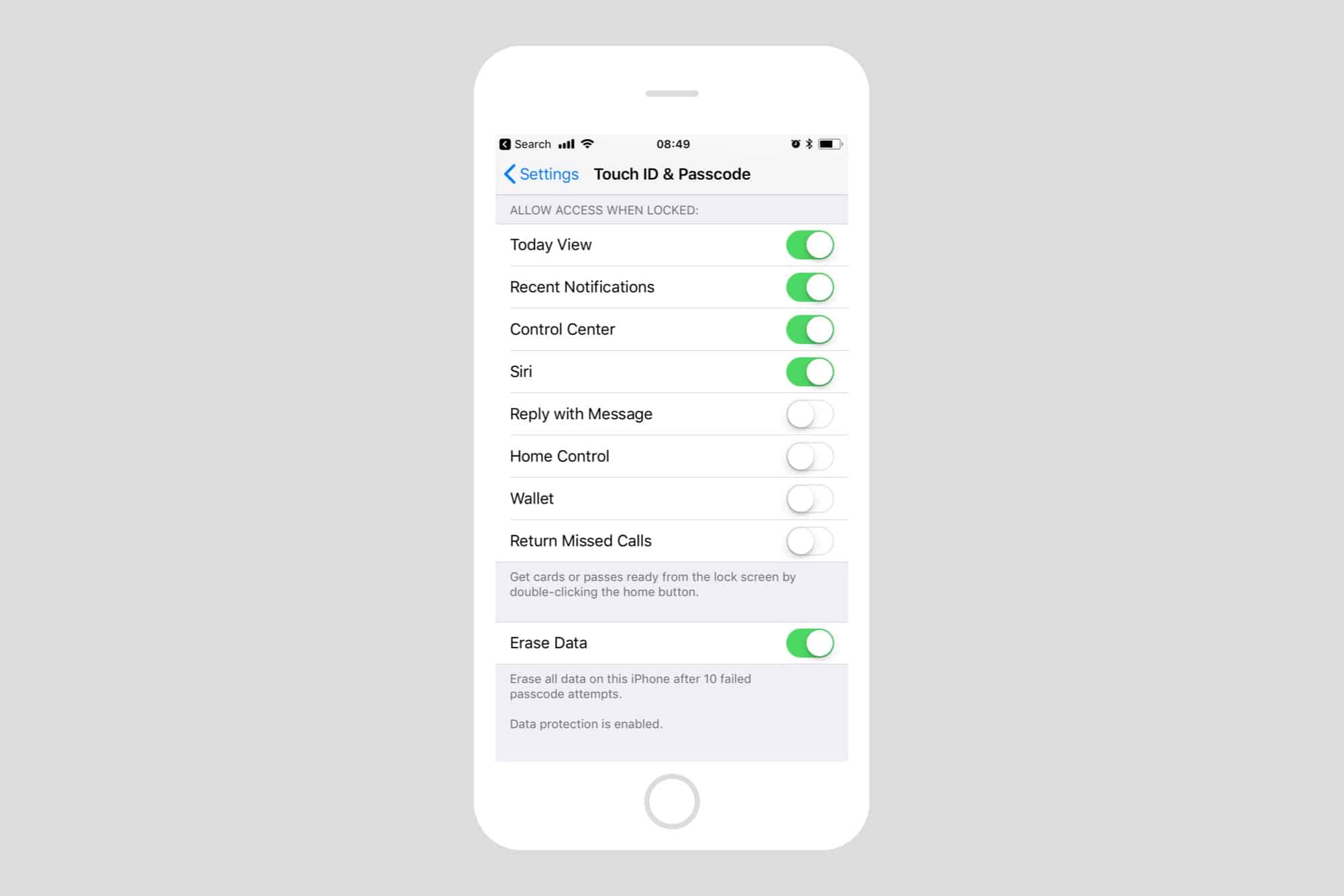 Head to Settings > Touch ID and Passcode, and authenticate with your passcode when prompted. Then, scroll down, and toggle the switch to Erase Data. That’s it. You’re now covered. The kids will still pick up your iPhone and start trying to guess the passcode so they can authorize those sweet, sweet in-app purchases, but the worst that can happen is that you’ll be locked out of your iPhone for a while.

Which is actually a blessing in disguise, because you can take that time to mix a third martini, or perhaps a delicious Manhattan to drown out Johnnie’s tears.