Just in case you’ve somehow not heard, Fortnite is so hot right now. According to new figures released by Sensor Tower, it grossed more than $25 million in its first month on mobile.

Think that’s impressive? Based on the fact that it’s not yet available on Android, that figure could rise to surpass $500 million this year if this situation changes.

As Sensor’s chart points out, iPhone consumers in the U.S. have spent nearly $1 million more in Fortnite than Tinder in the first two weeks of April, and about 75 percent as much as they’ve spent in Netflix.

The game has out-grossed the likes of Pandora, YouTube, and Hulu, and is currently earning more than 1.5x as much as Candy Crush Saga. 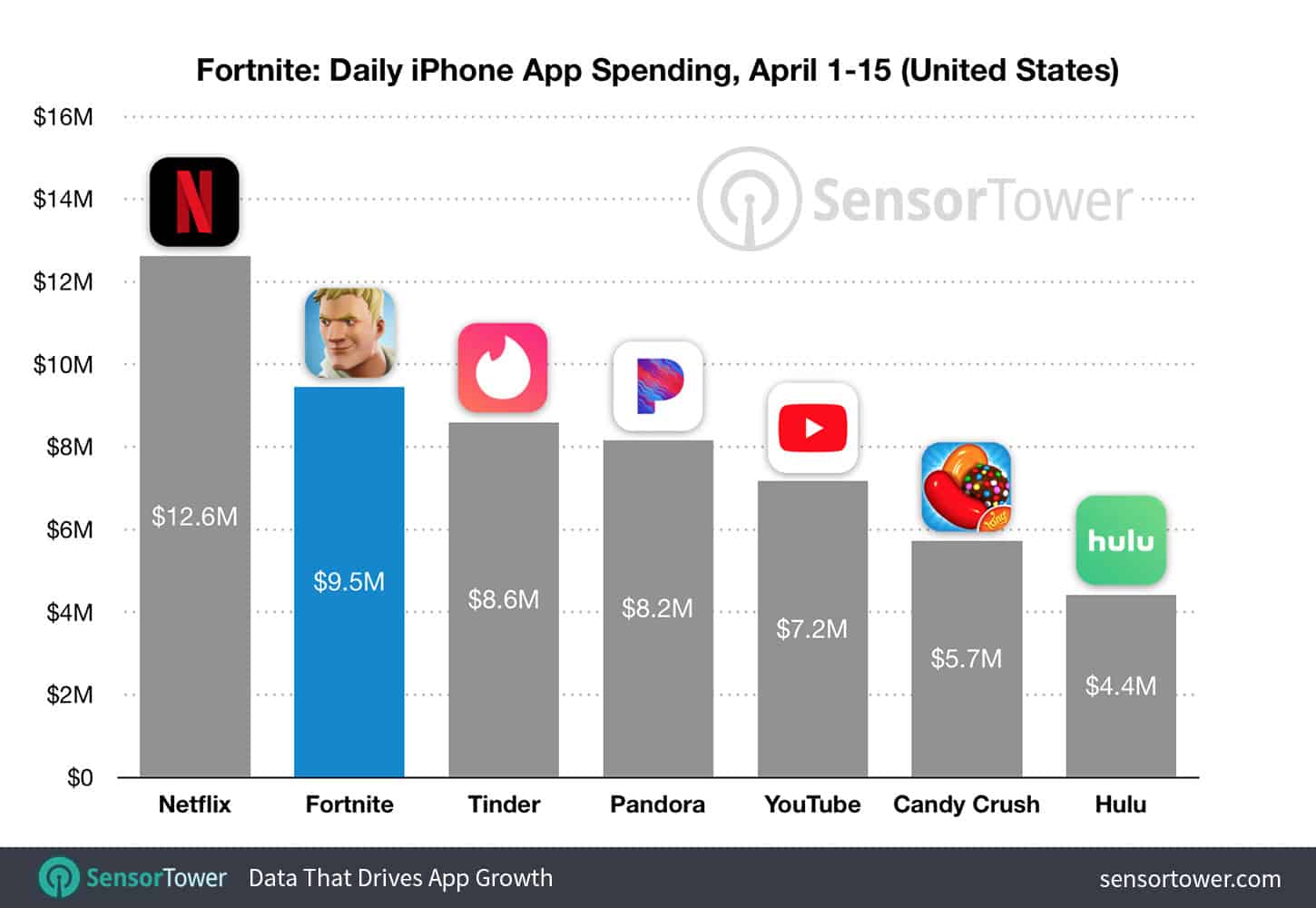 Fortnite‘s impressive climb to the top

Creators Epic Games haven’t yet revealed when Fortnite will launch on Google Play, but if this happens by summer they suggest that, both platforms combined, could net half a billion dollars this year.

Of course, for that to be the case it will have to continue with its current momentum. Some games like Candy Crush have proven to have a long shelf-life on iOS, while other fad titles appear and then disappear far more quickly.

The $500 million figure wouldn’t put Fortnite at the top of the earnings pile. In 2016, Pokémon GO raked in almost $1 billion, despite being available for only half of the year.

If you haven’t yet played Fortnite, you can check out our handy “how to” guide here. Even if you have played it, our guide could help sharpen up your battle royal skills!