The latest beta also includes a baseband update (AT&T 7.1), which seems to fix HSUPA upload speed issues, which slowed video and photo uploads to a crawl.

Despite reports to the contrary, our tests show that the proximity sensor issue appears to be have been fixed. (MacRumors says the issue hasn’t been addressed).

In numerous tests, I couldn’t get my iPhone 4 to hang up a call. Previously, the iPhone was plagued with proximity sensor issues. It would constantly hang up calls when I held the phone next to my cheek.

But after installing the iOS 4.1 beta 2 update this afternoon, I couldn’t force the iPhone to hang up calls when lifting it up to my face, no matter how hard I tried.

I stress that the issue only seems to have been fixed. I could of course be wrong. Apple hasn’t yet documented what is in the latest beta update. 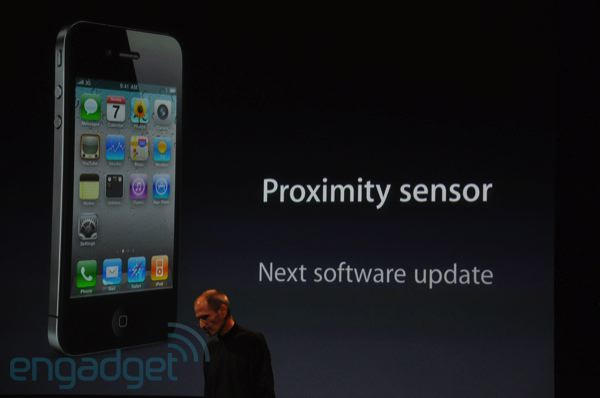 The proximity sensor issue is perhaps the biggest real-world problem facing the iPhone 4. Despite the brouhaha about Antennagate, the proximity issue perhaps affects more people in day-to-day use. While not affecting all iPhone 4 users, problems with the proximity sensor has been the source of widespread complaints. The sensor is supposed to disable the touch-sensitive screen when the iPhone is held up to the caller’s face — but reports suggest that the redesigned sensor incorrectly judges distances, especially when the sensor shines directly inside the user’s ear. This results in constant hang-ups, mutes and random beeps as a face or ear makes contact with the screen.

Steve Jobs promised a fix in an upcoming software update during the infamous Antennagate press conference a couple of weeks ago. However, Jobs didn’t specify what specific iOS update would contain the fix. “Next software update,” one of Jobs’ slides promised.

Gizmodo is also reporting that the iOS 4 beta 2 seems to fix the proximity issue. Again, I stress that the issue SEEMS to be fixed: all we have are a couple of anecdotal reports.

A bug limited the upload speeds using HSUPA (High Speed Uplink Packet Access) to about 50-100 kilobits per second — 15 times slower that the maximum possible speeds. Only HSUPA is affected by the problem; download speeds are not affected. I had the issue before beta 2 and it now appears fixed.

Let us know if you see anything else.