It’s only been five months since Apple unleashed iOS 10 on the world, but the new mobile operating system is already installed on nearly 4 out of 5 iOS devices.

Apple revealed its latest App Store stats today that show iOS 10’s install base has grown to account for 79% of all mobile Apple devices, making it one of Apple’s fastest adopted releases ever. 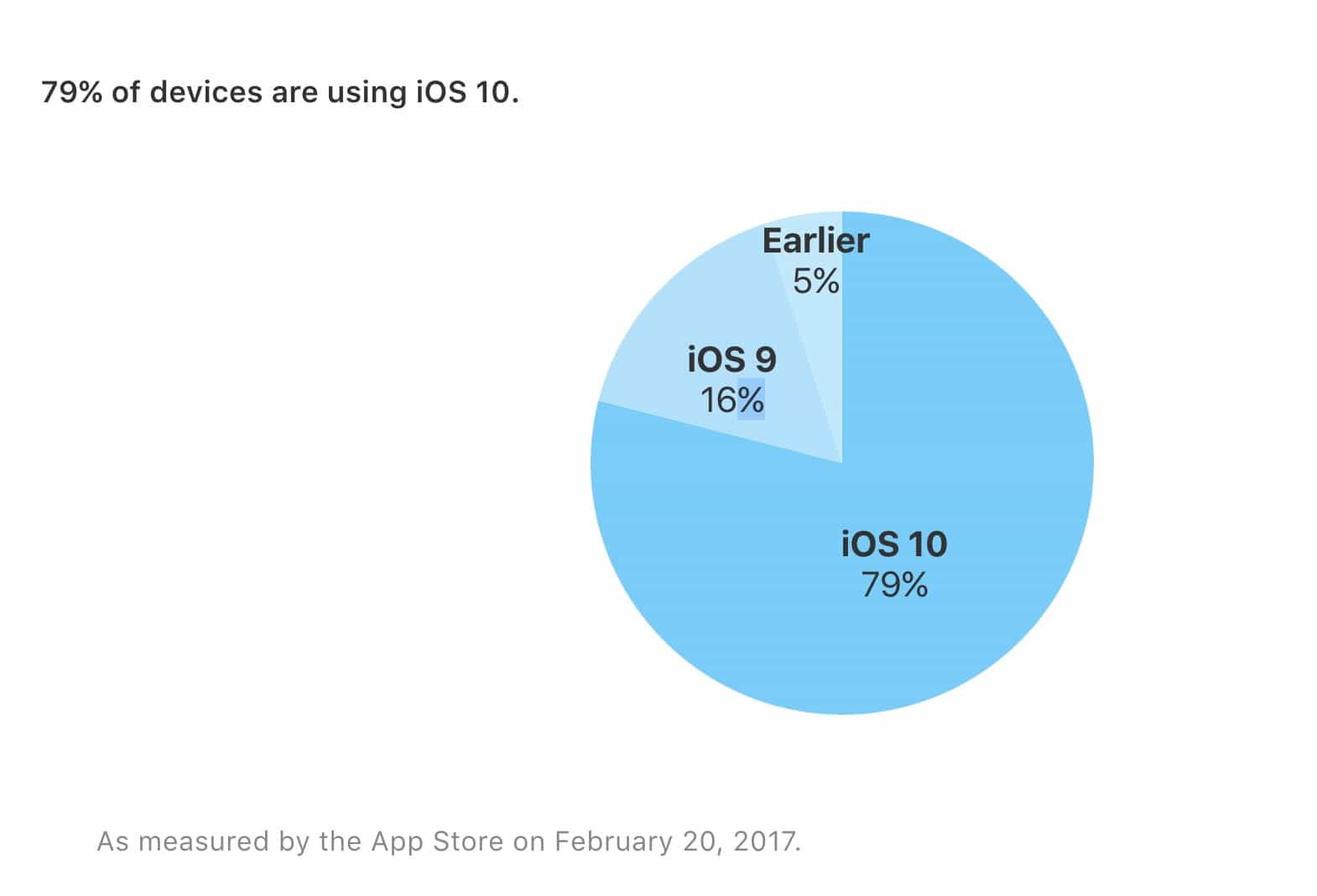 iOS 10 was one of Apple’s biggest updates ever for iPhone and iPad. The software brought new features like a revamped Messages experience, new 3D Touch features, lockscreen widgets, improved Siri and tons of other additions.

Thanks to all the changes and improvements, iOS 10’s adoption rate has been impressive from the start. Just over two weeks after launch it reached nearly half of all compatible devices, outpacing records set by iOS 9 a year earlier.

Adoption of iOS 10 appears to have slowed a bit lately though. At the beginning of January iOS 10 was installed on 76% of all devices. Slowing iPhone and iPad sales is likely to blame as consumers wait for new products to be released over the coming months. Apple is expected to unveil new iPads at an event in March while the iPhone 8 won’t come out until later in the fall.