While I’m watching a YouTube instructional video or keeping half an eye on a TED Talk while answering emails, the ability to keep a small video window open on my screen while I switch between apps is something I’ve wanted for ages.

That’s exactly the purpose of the new Picture in Picture (PiP) feature found on macOS Sierra. So long as it’s been implemented by web developers, the feature works with video sites such as YouTube and Vimeo — and more are sure to be added over time.

Here’s how to use it when running the new operating system, which is currently in public beta and will be released this fall.

With embedded web videos on sites like Vimeo, you’ll spot a new Picture in Picture icon at the bottom right of the video player. 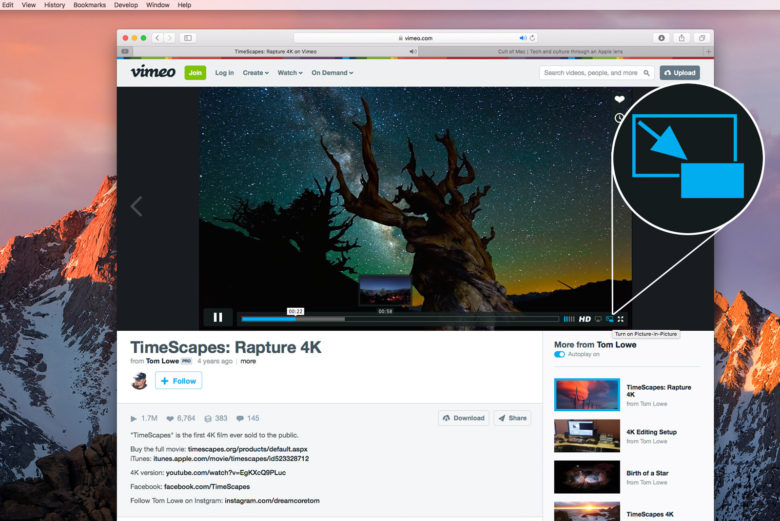 Click this icon and the video will open in its own window. When you do this, it will “snap” to one of the corners of your screen, and you can then resize it by dragging out the edges like you would with an iTunes movie or any other folder or app. 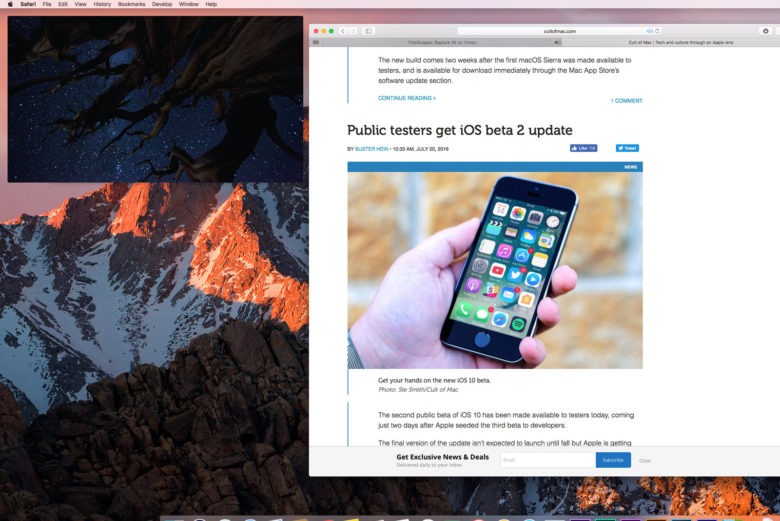 One thing that you can’t do in the Picture in Picture window is to skip to different parts of the video. To do this, you’ll have to return to the tab in Safari, where the video will still be running.

You’ll need to make sure to keep this tab open for the duration of time the video is playing. If you click the video window you’ll reveal the play/pause button, as well as the option to switch back to viewing the video in Safari. 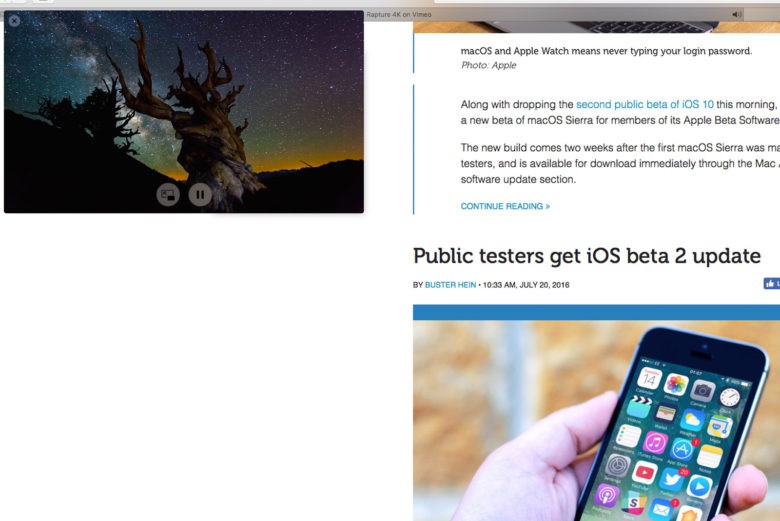 When using Picture in Picture with YouTube, the process is slightly different. Choose your video (we recommend our brilliant Cult of Mac channel), and then right-click twice to bring up the Enter Picture-in-Picture option. After that, you’ll have the same controls as the steps listed above. 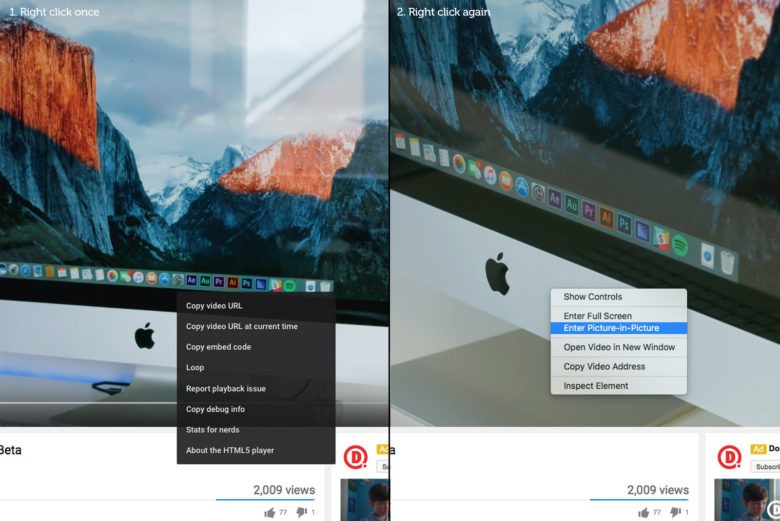 iTunes will reportedly be gaining Picture in Picture for the final macOS Sierra release later this fall, although at present it’s not in the OS beta. I can’t imagine that staying the same for long, however.