The paint is still drying on iOS 10 after just being unveiled earlier this week, but one UI designer has already come up with an amazing redesign of the Notifications screen, and we hope Apple’s paying attention.

Notifications have a bigger emphasis than ever on the lock screen now that Slide to Unlock is dead, however the way Apple displays them is kind of ugly if you get multiple notifications from the same app.

Instead of grouping notifications on a single card, iOS 10 breaks out each notification onto an individual card, making your lock screen a mess if you have a couple chats going on in different apps, email, Instagram, and more. 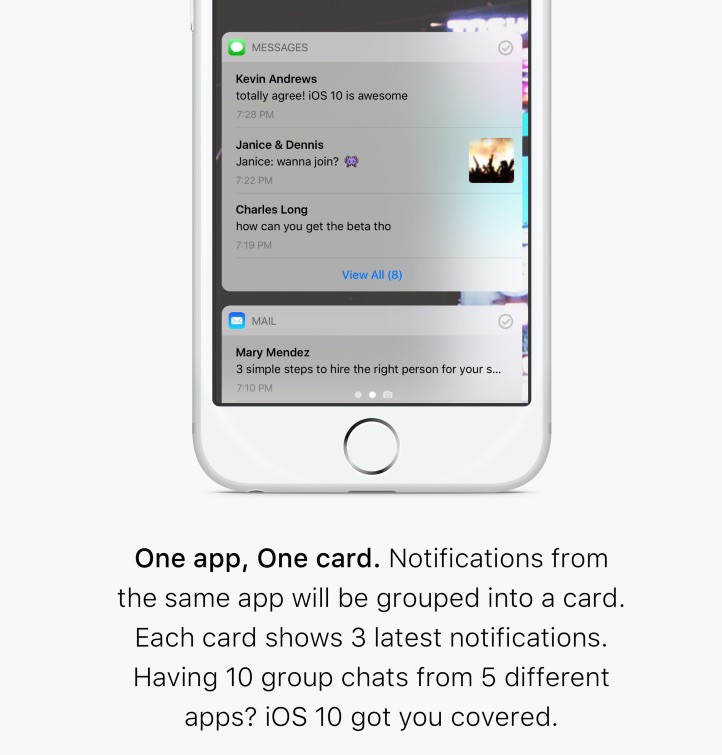 The concept also adds a dismiss button to the top right of each notification card so you can tidy up the lock screen in a flash. If you have more than 3 new notifications from one app, there’s an option to expand the card and view all.

Here’s how iOS 10 currently handles notifications from the same app:

iOS 10 won’t be available to the public until later this fall so there is time for Apple to make some changes. Apple might not have time to add grouped notifications by the public launch, but hopefully something like Young’s concept will be added in a future update.