Apple has put the finishing touches on its new flagship store in San Francisco this week and gave the press an early preview of the store that is set to open to the public this weekend.

The Union Square store promises to be every bit as iconic as Apple’s cube on Fifth Avenue, thanks to its incredible glass and metal design and a new prominent location in San Francisco’s popular luxury shopping district.

Take a peek at Apple’s most amazing store on the West Coast: 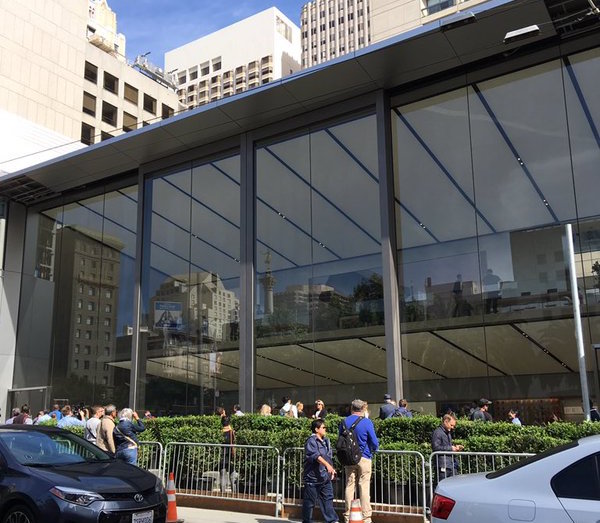 Apple SVP of Retail and Online Stores, Angela Ahrendts, was on hand to introduce the new “global flagship” to celebrate the 15th anniversary of the very first Apple Store opening. The front of the building is dominated by two doors that are 42 ft tall and 40 ft wide that can be opened and closed.

The space was designed to make you feel like you’re still outside. It comes with features like a 50-foot green wall, a Forum with seating for 200 and a 6K video wall, a new area called The Boardroom for small business customers and a Genius Grove that replaces the Genius Bar. 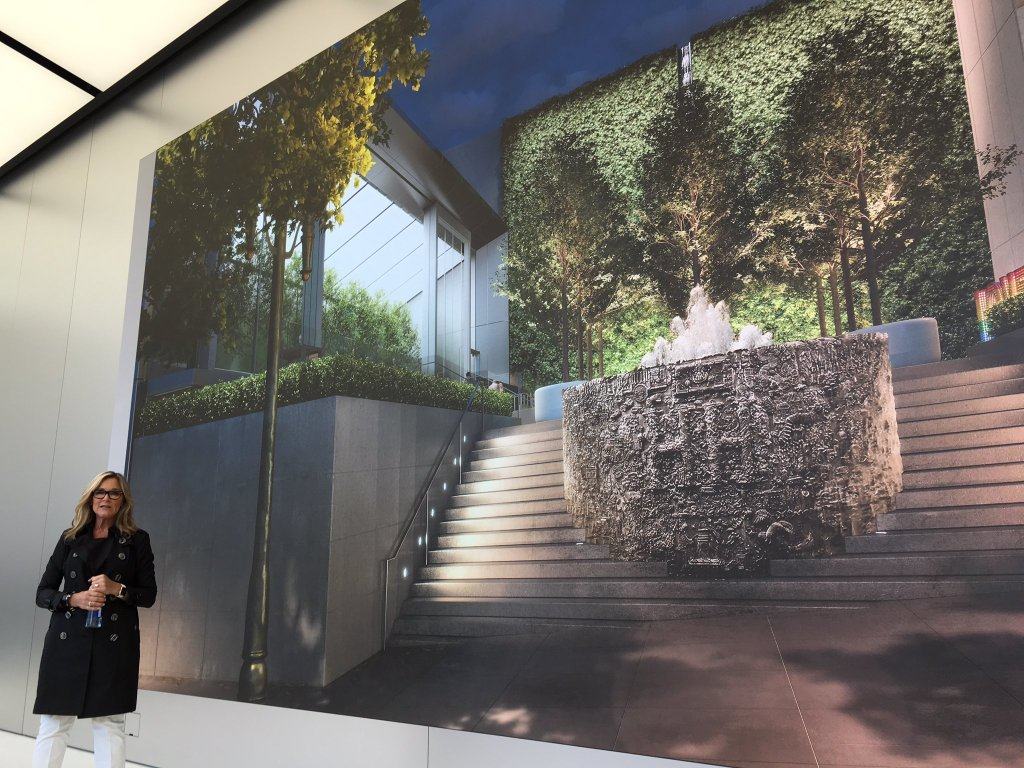 There’s also a back entrance that opens into a plaza and features a water fountain. Apple struggled to get approval for the new store after early plans for the building called for the destruction of the bronze fountain created by artist Ruth Asawa. 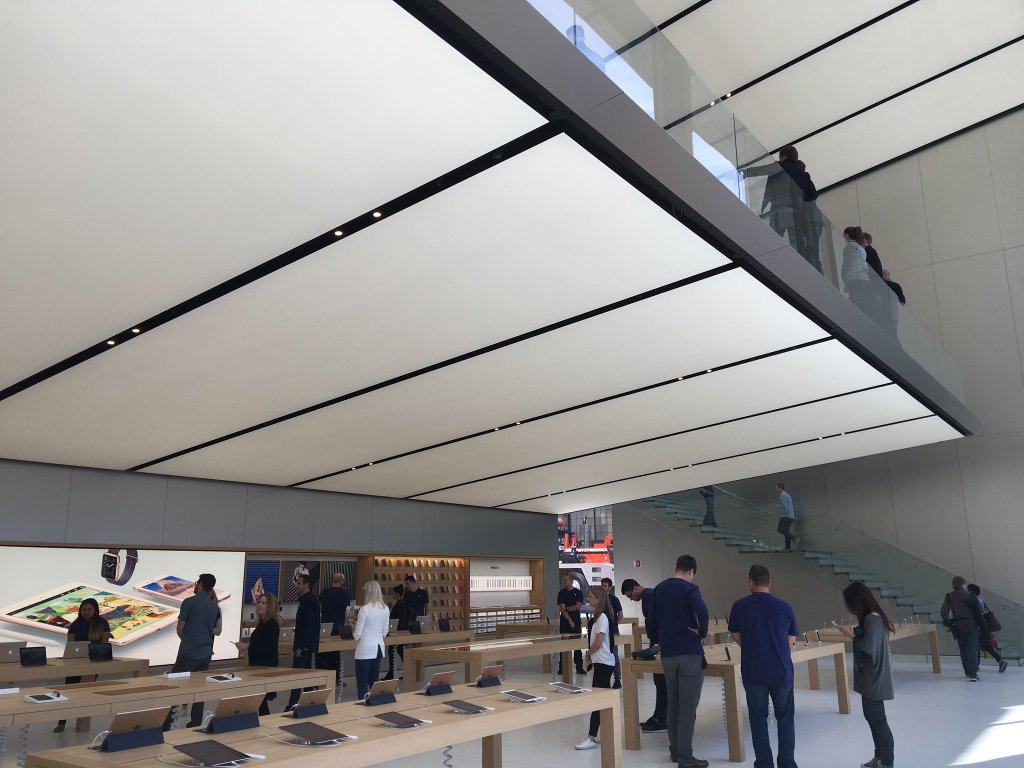 You’ll be able to buy any iPhone any time you want because the store is always open. The store is located at the corner of Stockton and Post in San Francisco’s luxury shopping district Union Square, just a few blocks away from the company’s old store. The space was formerly occupied by Levi’s but Apple has completely transformed it from a triangular shaped building to a cube. 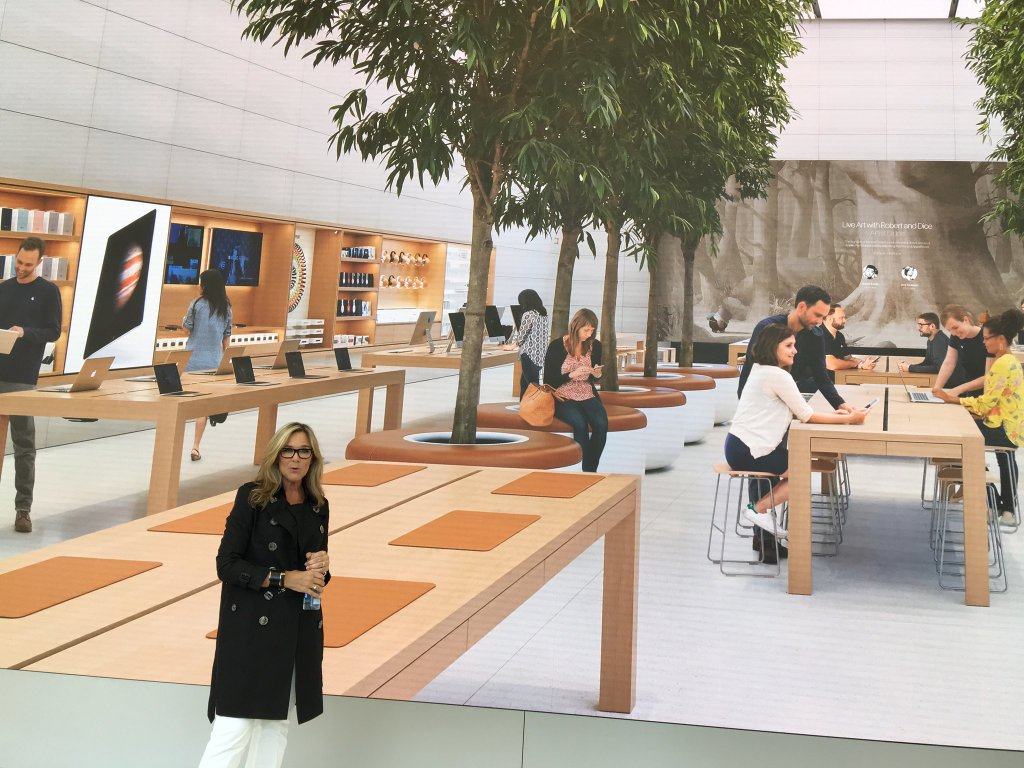 The store will be nearly double the size of the one its replacing with a total of 24,819 square feet of retail space. The old store attracted over 13 million customers since it opened in 2003.