We’ve been using Night Shift on our iPhones and iPads since it launched with iOS 9.3. We aren’t sure if it actually promotes good sleep, but we figure that lowering the amount of blue light that hits us after the sun goes down can’t be a bad idea. The only problem we’ve had with it is pretty simple, though: You can’t use it while Low Power Mode is on.

Low Power Mode is another cool feature; it turns off high-consumption stuff like Siri’s hands-free mode, mail fetch, and automatic downloads to stretch your battery life out until you can get your ailing iPhone to a charger. We assume that the reason you can’t run both simultaneously is that Night Shift is a juice-chugger, but we still miss it when our battery hits a critical low at night. But it is possible to have them both on at once. You just have to trick Siri a little.

Here’s how to do it. 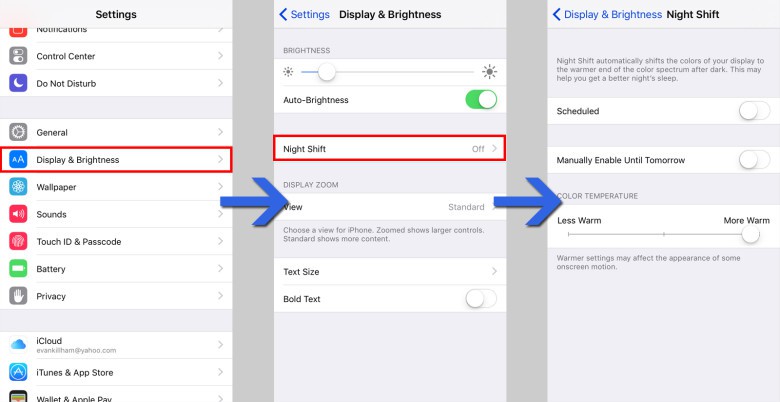 The first thing you’ll need to do is navigate to the Night Shift menu by going to Settings > Display & Brightness > Night Shift, and make sure the feature is switched off. We know that’s counterintuitive, but you’ll need it this way in order to trick Siri. 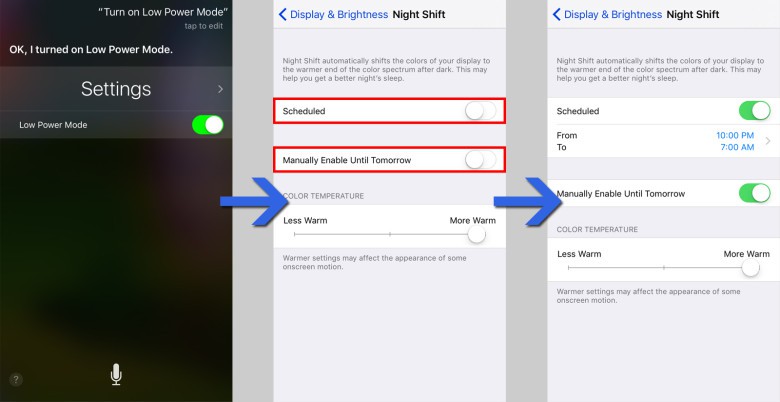 Your next move is to activate the digital assistant and ask it to switch on Low Power Mode. It will be happy to do so because disembodied computer voices, like puppies, trust everyone. Press the Home button to go back to the Night Shift screen, and hit either of the switches to turn it on. You can either set it for scheduled on and off times or just rock the orange light until the sun comes up.

We can’t guarantee that using this trick won’t affect your battery life or that Apple won’t plug the hole in Siri’s behavior. But since beta versions of iOS 9.3.2 are letting users turn on both without doing a workaround, we assume this exploit isn’t going away.

Unless Apple changes its mind on that beta, of course, which it is wont to do.